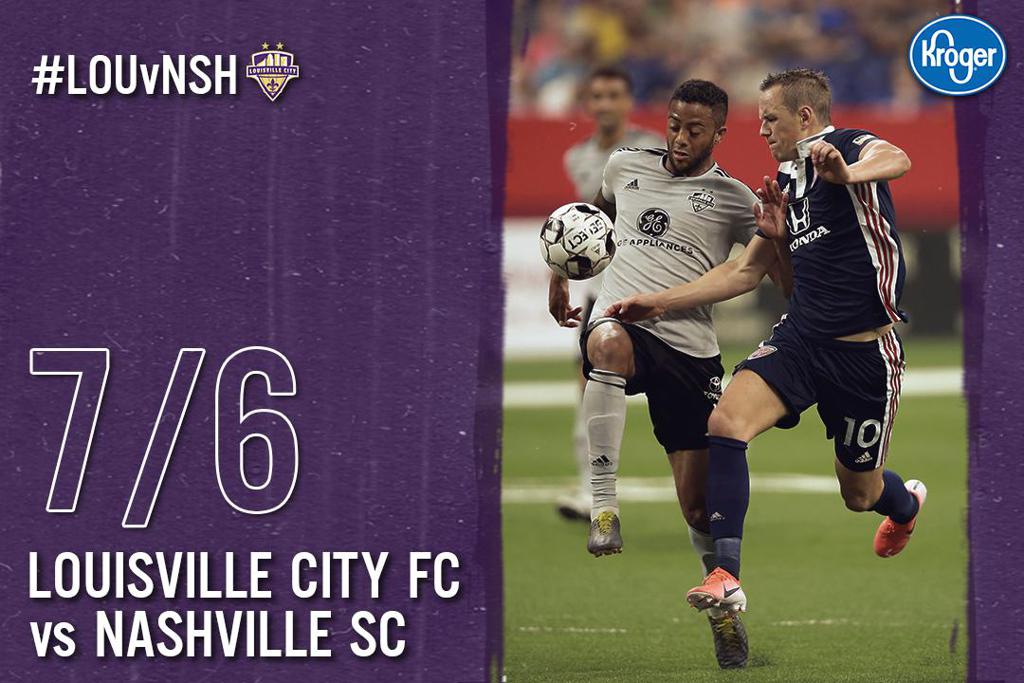 Louisville City hosts Nashville SC Saturday night at Slugger Field in downtown Louisville in a battle of two of the top teams in the Eastern Conference.

"This is a rival, and it's a team that is leaving our league and going to the MLS next year," Louisville City coach John Hackworth said. "They have some good players who have already signed to MLS contracts including Cameron Lancaster who is coming back to Slugger."

Last year's USL Golden Boot winner with the most goals in the league, Cameron Lancaster left Louisville City to sign an MLS deal with Nashville.

Last Saturday Louisville City took a point away from a 1-1 draw vs. then-league leading Indy Eleven while Nashville fell 1-0 to North Carolina FC.

"I think we are as good as any team in the country," Hackworth said. "... Of all of the games that I watched last weekend, and I watched a lot, I felt our game with Indy was the hardest game between two teams, and that is just because the level of those two teams was so good. If you are a soccer fan and you aren't looking at what league a team is in - I don't think you can watch us, or Nashville or Indy play without going, 'Holy cow, those guys are top level and can play anywhere."

Tonight's kickoff is at 7:06 p.m. The game will be televised on WBKI locally and streamed online through ESPN+. The local radio broadcast is on 840 WHAS with Kevin Kernen and Jeff Greer.