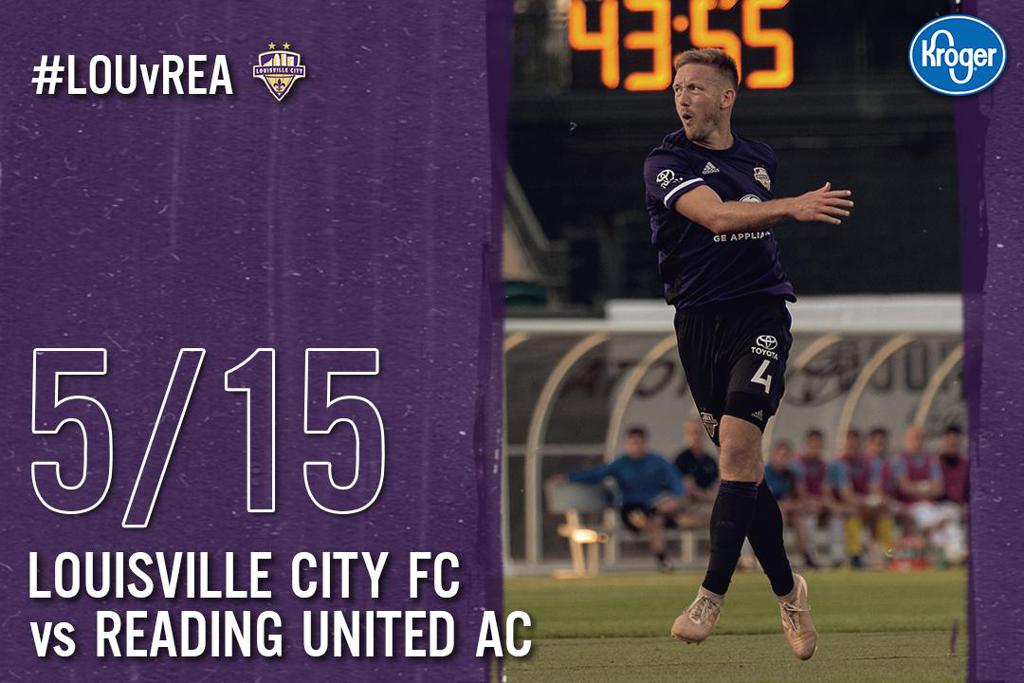 The Open Cup, an annual competition open to all levels of soccer teams in America, runs in conjunction with Louisville City's USL Championship season, but is a separate competition. Louisville City had a bye in the first round of this year's Open Cup, and will play Reading United, a USL League 2 team, in Round 2 Wednesday night.

Reading United beat Philadelphia Lone Star 2-1 in the U.S. Open Cup First Round on May 8 to advance to face Louisville City.

"This Open Cup game is a good chance for our players to show what they can do," Louisville City coach John Hackworth said. "Our roster will look a little different tonight because of the Open Cup rules, but we are confident in all the players on our roster to maintain a very high level of play."

The Open Cup has restrictions on the number of international players on a team's roster. Louisville City's roster features players from all over the world including 10 different nations.

Tonight's lineup may look different for Louisville City, but the Boys in Purple need to be prepared, Reading United is a solid squad according to Hackworth.

Louisville City made a run to the U.S. Open Cup Quarterfinals last year. The 2018 Cup tournament began with 97 teams. Louisville City beat the Long Island Rough Rides of the PDL in Round 2, beat Saint Louis FC of the USL 1-0 in Round 3 and then beat the MLS' New England Revolution 3-2 in Round 4.

In the Round of 16, Louisville City beat Nashville SC 2-1 in one of the final matches before coach James O'Connor left for Orlando City of the MLS.  A player-led Louisville City team fell 4-0 to the Fire in Chicago on July 18. Louisville City went on to win the USL Cup title at the end of the 2018 season after coach John Hackworth arrived to lead the squad through the end of the season and into the playoffs.

Kickoff is set for 7:05 p.m. at Lynn Stadium. There is open parking for fans at Cardinal Stadium, the University of Louisville's football stadium across Floyd Street from Lynn Stadium.

Louisville City's next regular-season match is Saturday, May 18. Saint Louis FC comes to Slugger Field. Kickoff is set for 7 p.m.