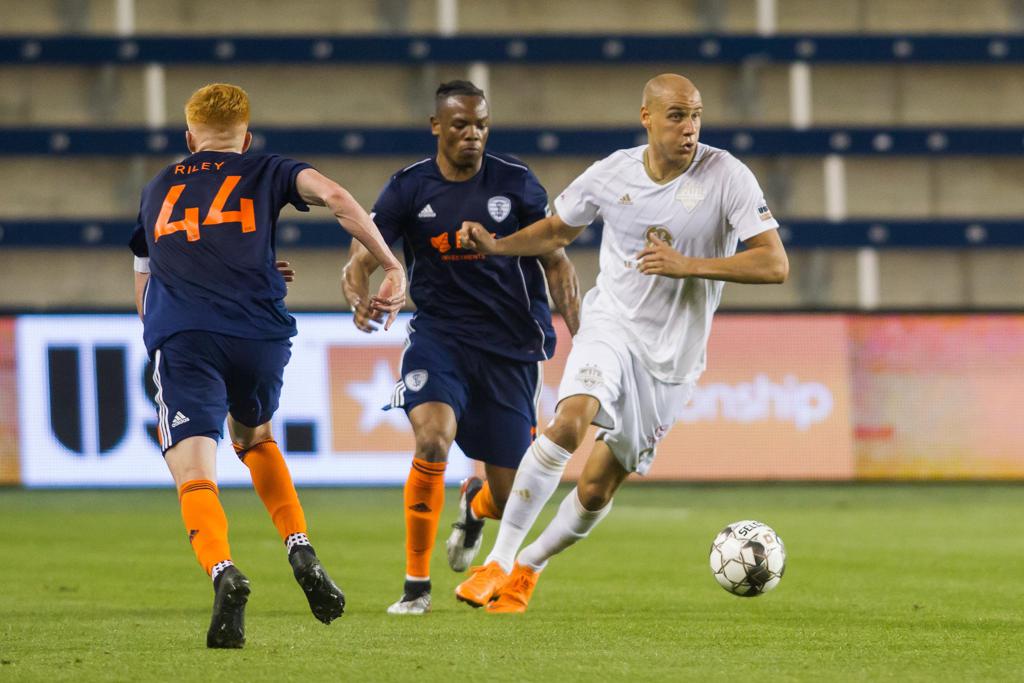 Louisville City coach John Hackworth had an interesting - and hopeful - outlook on Thursday's practice. After months of various players missing training due to injuries, Louisville City is rounding back into good health.

"The update is that we are healthier, and that's good news," Hackworth said after Thursday's training. "Richard Ballard is back in training full now, Chris Hubbard is back in training full now, Paolo (DelPiccolo) is in the majority of training - I don't think he's available for selection on Saturday, but he's getting close - Brian Ownby is not back yet, but he is better... it was the first time this season when we had all 25 players active and working in training. That's the first time for us this year."

Louisville City's list of injuries this season in nearly absurd. The club started the season with Ballard (F) and Hubbard (GK) on the shelf while recovering from injuries. Then LouCity lost midfield captain DelPiccolo to a nagging injury after the first two matches.

Then in Game 4, starting forward Brian Ownby went down to a knee injury. Midfielder Sunny Jane missed time due to an ankle injury, goalkeeper Tim Dobrowolski was unavailable the last three matches due to a calf issue and forwards George Davis IV and Luke Spencer both missed a pair of games with hamstring strains.

Last game, starting goalkeeper Ben Lundt re-aggravated an ankle injury and was forced out of the lineup and with Hubbard and Dobrowolski out, Louisville City called on recently signed Brian Holt to start in goal vs. the Swope Park Rangers.

Louisville City's upcoming stretch of games - at Birmingham Legion this Saturday, home vs. Reading United in the Open Cup on Wednesday and Home vs. Saint Louis FC next Saturday - will test Louisville's new-found health.

"We look at three games in seven days as an opportunity for guys to step up and show what they can do," Hackworth said. "We need every man on our roster to be ready during this stretch."

Louisville City will kickoff vs. Birmingham Legion Saturday at 7 p.m. ET, 8 p.m. Central. The game will be televised locally on WBKI and streamed on ESPN+. The radio broadcast will be on 840 WHAS.