Dr. Kevin Chapman is a Licensed Psychologist and an Approved Mentor for the Association for Applied Sports Psychology (AASP.org). Originally from Louisville, Dr. Chapman obtained a B.S. in Psychology from Centre College, an M.S. from Eastern Kentucky University in Clinical Psychology, and a Ph.D. in Clinical Psychology from the University of Louisville. Dr. Chapman is also the Founder and Director of the Kentucky Center for Anxiety and Related Disorders (KY-CARDS) and Chief Psychology Officer for Lifesport. For more from Dr. Kevin Chapman, contact him at  http://drkevinchapman.com/

How to Develop Mental Toughness During the Preseason: Key Principles

The preseason is undeniably the most important time for a sports organization to lay the foundation for the team’s culture, establish expectations, and determine the mentality of the team.  Along these lines, what are some important mental principles that are adopted during the preseason by the boys in purple in preparation for winning another USL Cup?  Let’s talk about it.

Principle #1: Preseason is where mental skills are birthed

A team will develop a mentality in the preseason, whether on purpose or indirectly.  Unfortunately, the majority of athletes fail to develop a mental routine but rather, attempt to use mental skills when the train has already left the station; the dam has already ruptured; I have already been pulled from the competition; I am already salty at the ref for the horrible call. Mentally tough athletes, on the other hand, develop mental skills during the preseason and use these skills to prepare before, during, and after the competition. Mentally tough athletes know what they are going to say to themselves before they even set foot on the pitch. After all, how will you respond when the ref makes a trash call? How will you recover when you get destroyed on defense? What will you do when you get pulled for a mistake? How will you regain focus after becoming distracted? The antidote? Creating a mental routine that forces you to be locked in and tucked in (I see you Totsch). In other words, use the preseason to birth a mentally tough mentality and practice this mentality on and off the pitch in preparation for the season.

Principle #2: Building a culture of mental toughness begins with you (yeah you) during the preseason

Most people put the cart before the horse and incorrectly assume that tasks will be completed when we feel motivated to complete it. However, successful people and mentally tough athletes in particular recognize that small action leads to motivation which then leads to more action. Building a culture of mental toughness works the same way; each athlete has to take ownership of putting a mental toughness slogan on the locker room door, writing a process-statement on his boots, and saying certain process-oriented statements aloud in front of others. You are going to bear fruit one way another so it might as well be good fruit. People prefer good fruit and will eat good fruit when they see that it leads to healthy outcomes. Will you be the teammate that bears good fruit or bad fruit? Will your teammates want to replicate what you’re cooking during the preseason?

The bystander effect is a social psychology phenomenon that refers to the way-to-common tendency to do nothing in the presence of others due to the tendency to assume that others are doing something. This has been demonstrated repeatedly in an array of social situations and can be extremely problematic to a team’s culture. Don’t assume that your teammates are preparing themselves mentally or that they will somehow wake you up to do so. If you assume others are doing something you will eventually find out that no one is doing anything. Take extreme ownership of your mental skills during the preseason and ask your teammates if they are preparing themselves by developing a mental routine.  #Facts

August 7, 2019 -- If you follow Louisville City on Twitter and have ever noticed any of my Louisville City tweets over the past two years, you have probably noticed a four-part emoji combo that I often use when describing the boys in purple as it relates to mental toughness.

In the previous post, I laid out the ingredients of mental toughness which largely emphasized adopting a process-oriented mentality that focuses on how one prepares for competition and how this preparation leads to outcome.

Along these lines, let me explain this string of emojis and why I use them frequently. 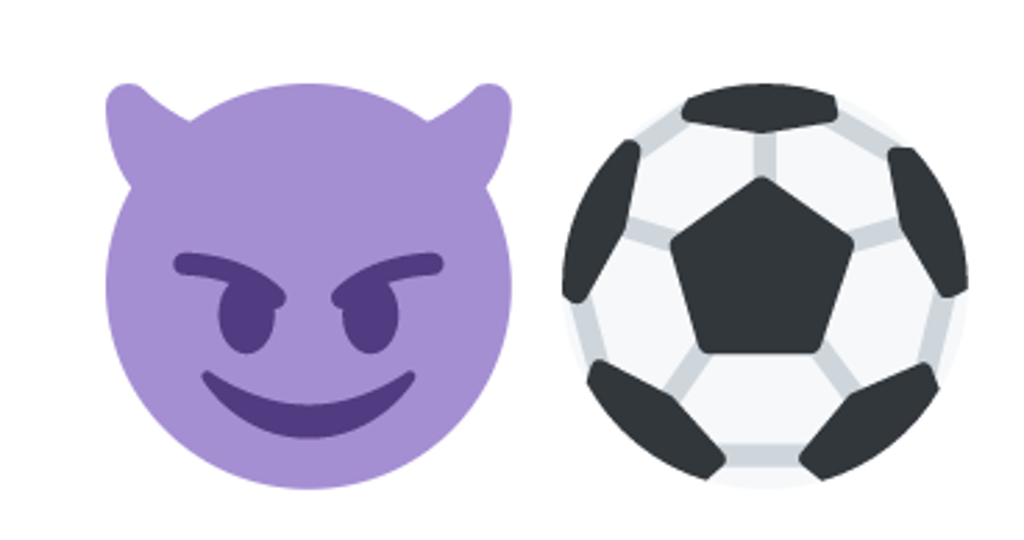 This emoji combo is not new. Those behind Louisville City’s social media have used this emoji regularly to describe our team in general. However, our players have always been psychologically minded and think like mentally tough athletes.

As such, these two emojis in combination mean more than just “Louisville City Football Club.” They also refer to what it means to be “squad” or “we before me.” They suggest the relentless pursuit of every ball despite how I might feel, accountability that I maintain, communication on the pitch, and the importance of dying to oneself.

The name on the front of the jersey supersedes the one on the back. These emojis represent an important ingredient of a process-oriented mentality: though winning is the goal when preparing for competition (outcome), my individual process (the tactics, strategies, mechanics, self-talk, imagery, etc.) is what I focus on during competition which will get US the desired goal. 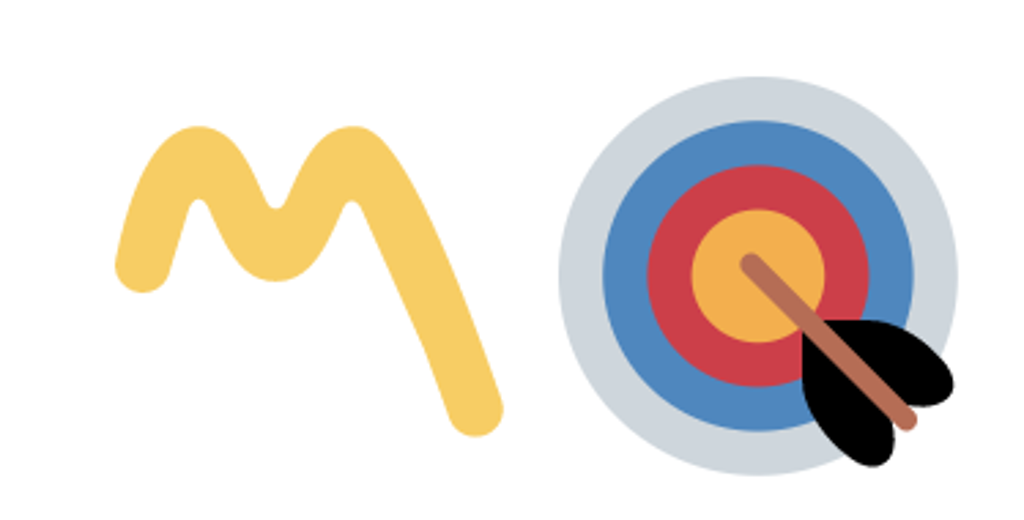 The secret sauce and a building block for adopting a mental toughness mentality. Elite-level athletes recognize that process leads to outcome.

During the competition, I’m not focused on the score, the last ball, the ridiculous yellow card I just received, the guy on the other team running his mouth, or the other “rah-rah” that may occur on and off the pitch. A good example of this mentality was recently demonstrated in our recent win over the Charlotte Independence. Being down a man for the last 30 minutes of a match on the road is less about being physically capable, though physical grit played a role.

Scoring in the 80’ requires being sold out to the process (or tactics in this case) of scoring a goal (where my vision needs to be, advancing the ball, finding my teammate, etc.) not “playing defensive” in order to secure a draw. In short, wins happen when everyone on a team makes the decision to sell out to his or her individual process. When this occurs, victory is certain.

Ask yourself, how can I focus on my individual process today to help those around me?

Commit to this and you are practicing mental toughness. 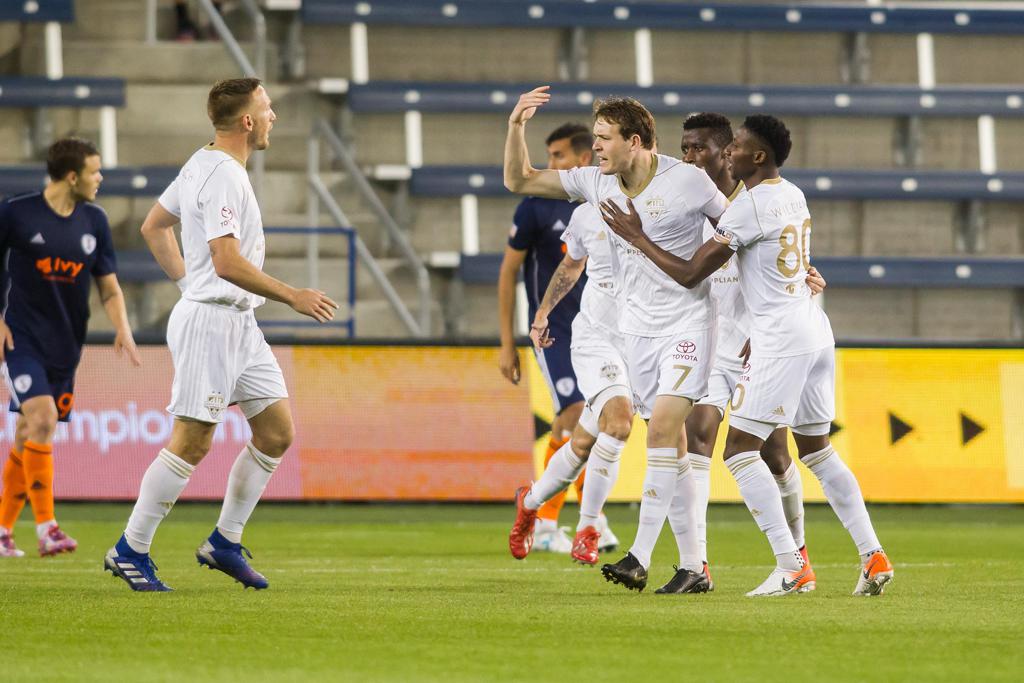 July 26, 2019 - If you have been a Louisville City fan for any length of time, you should be able to easily imagine plenty of performances on the pitch when the boys in purple have demonstrated what we refer to as “mental toughness.” (think Eastern Conference finals at the very least).

We have witnessed plenty of athletes and sports teams appear to be “down for the count” and somehow find that last burst of energy to somehow pull off the unthinkable. We have witnessed plenty of athletes appear “out of gas” but somehow pull off the unimaginable when the odds are stacked against them; plenty of last-second heroics that make the ESPN Top 10; Jordan’s “flu game;” the United States Women during extra time in the quarterfinals of the 2011 FIFA World Cup against Brazil.

Though most people realize that mental toughness separates elite level athletes from “average” ones, most individuals rarely know exactly what it means to be mentally tough.

Before we launch into specific techniques, strategies, DIY, and other ingredients that I’ve been asked about, we need to establish a working definition of mental toughness in order to make sense of future posts.

What is mental toughness?

Mental toughness has many definitions and obviously includes concepts such as resiliency, perseverance, grinding, and other terms that refer to an ability to “push through.” As such, my working definition of mental toughness involves how athletes prepare for competition by adopting a process-oriented mentality (rather than an outcome-oriented one) that allows an athlete to perform well under pressure.

My college football coach absolutely brainwashed us with the adage, “pursue excellence with a vengeance” which is the mirror image of mental toughness. You can’t pursue “excellence” without reckless abandonment. You have to be so sold out to the idea that the process leads to the outcome and then be committed to pursuing your process like your life depends on it.

Here are some quotes that I love to use that summarize mental toughness:

Are you going to decide to put on mental toughness today?