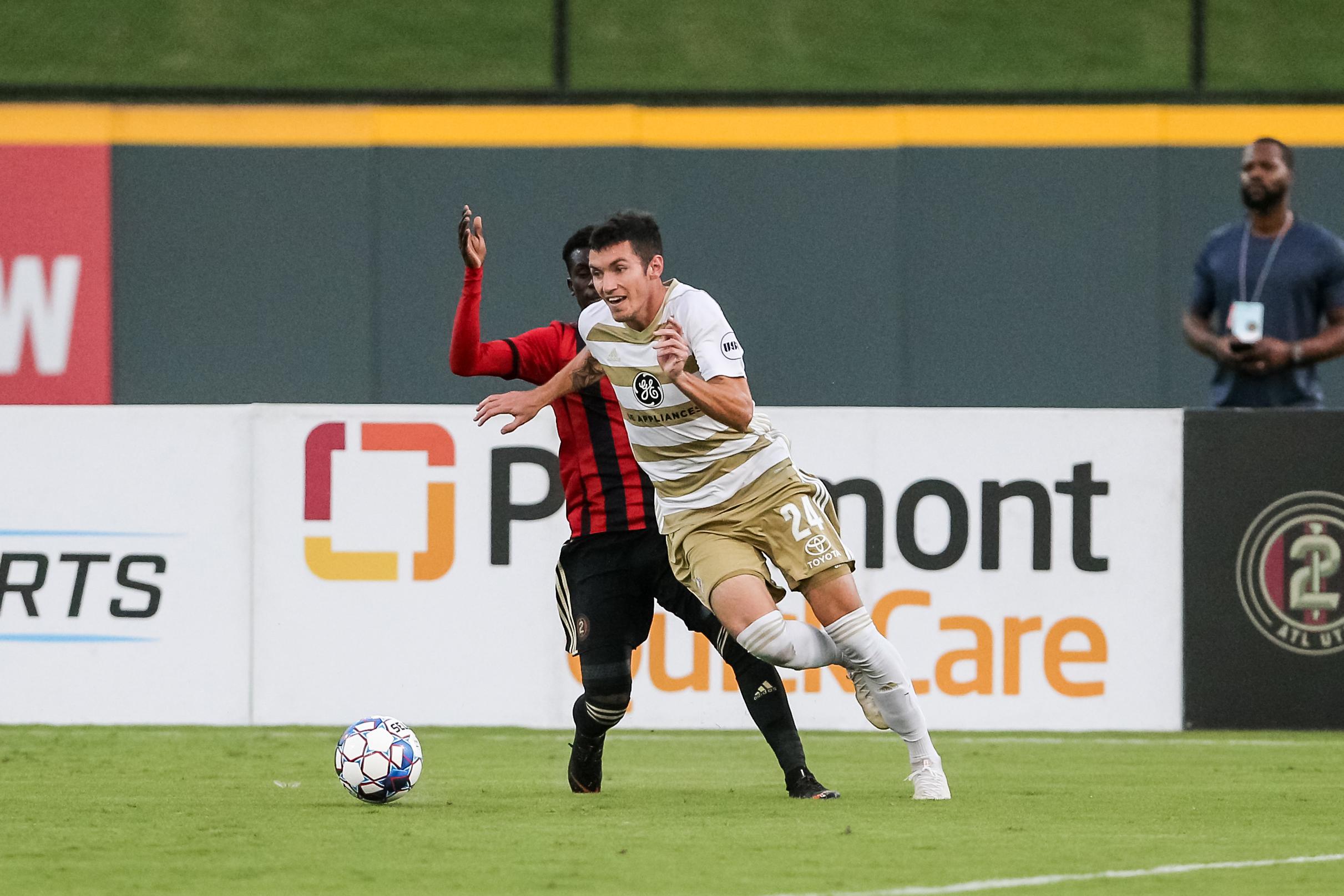 Louisville City FC downed Atlanta United 2, 4-1, at Coolray Field to help secure home-field advantage in the first round of the playoffs. The win propelled City to second in the table, jumping Pittsburgh Riverhounds SC (15W) on total wins (16W) with both teams on 57 points.

LouCity came out the more offensive team from the first whistle and nearly found an opening goal inside the first four minutes.

Tied for the league lead in assists off set-pieces, midfielder Oscar Jimenez swung in a deep cross off a free kick that was headed down but was ultimately claimed by the ATL UTD 2 ‘keeper Christensen.

ATL UTD 2 responded with a chance of their own after 19 minutes, also off a free kick but from a much closer distance. Forward Romario Williams stepped up to take an attempt from around 20 yards out and fired a dipping effort on goal, though City ‘keeper Tim Dobrowolski was in perfect position to repel the effort.

Five minutes later, LouCity capitalized on their second real chance of the evening, again off a set-piece delivery by Oscar Jimenez. Delivering a short cross from a corner, the ball was headed on and eventually headed in by ATL UTD 2 defender A.J. Cochran for an own goal.

In the 37th minute, City continued to display their excellence at tinkering around the penalty area in possession and showed that form through a second goal. Midfielder Niall McCabe looked to the right side of the box at defender Kyle Smith, who took the ball inside and fired a bullet with his left foot to the back post and in. The goal was Smith’s first since scoring on July 7 in Tampa against the Rowdies.

Not done yet in the first half, LouCity continued to pour bodies forward on a wounded ATL UTD 2 side and found a third goal just before the break. Taking a pass out wide, midfielder Brian Ownby whipped in a cross to the far post for George Davis IV, who placed his header off the post and in for his eighth goal of the season.

At the interval, City held an impressive three-goal advantage.

There was no lapse in energy for LouCity after coming back from the halftime break as they continued to cause problems for Atlanta. In the 56th minute, Oscar Jimenez against tested Christensen with an incredible high drive that forced a good save out of the young ‘netminder. However, City could not be kept at bay for much longer and found a fourth goal in the 69th minute. Again off an Oscar Jimenez corner kick, City’s fourth came from an own goal by defender AJ Cochran, the fifth time they have hit for fourth goals this year.

Atlanta would end up biting back quickly just two minutes later as forward Romario Williams pounced on an effort from close range, but that would end up being the lone bit of consolation for the hosts as City triumphed impressively in a 4-1 win.

Louisville City FC now moves on to their final road trip of the year, going north of the border to play Toronto FC II on Friday, October 5. Wrapping up the regular season, City returns to Louisville for a home double on Tuesday, October 9 against North Carolina FC and the regular season finale on Saturday, October 13 against Indy Eleven. Tickets for the team’s final two games are available for as low as $16 at LouCity.com or by calling 502-LOU-CITY.