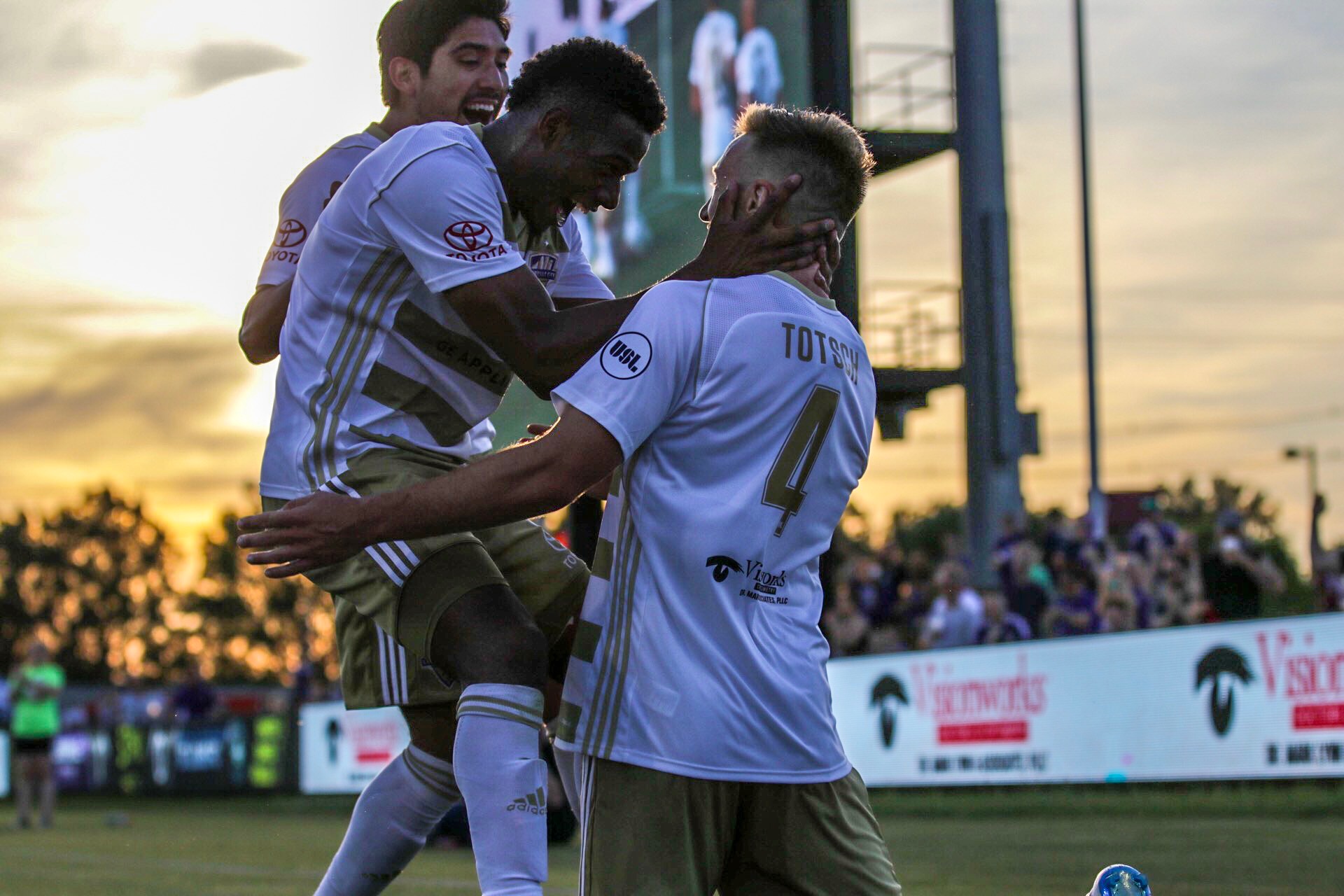 Louisville City FC advanced to the Fourth Round of the Lamar Hunt U.S. Open Cup with a controlled, disciplined 1-0 win over fellow USL foe Saint Louis FC on Wednesday night.

A screamer from defender Sean Totsch in the 68th minute separated the two sides as over 2,000 LouCity and STLFC faithful packed Lynn Stadium for midweek cup action. The goal was Totsch's first of the year in all competitions and helps set a date with a potential MLS club in the next round.

A controlled encounter through the first 60 minutes, neither side created numerous looks on goal in the first hour. The visitors came closest on a bullet header from close range was met well by City 'keeper Tim Dobrowolski to keep the score level. For the hosts, chances on goal from Brian Ownby, Luke Spencer, and a well-struck free kick by Oscar Jimenez were all repelled by Saint Louis 'netminder Tomas Gomez as the chess game continued.

Looking to create more moving forward, defender Sean Totsch took a pass through midfield and into the attacking third while eyeing his options. After breaking past a pair of STLFC defenders, Totsch picked his head up and unleashed an unstoppable rocket that piped into the upper-left hand corner of the net to put LouCity one to the good.

As City looked to lock down the match, a pair of chances for STLFC fell through but were ultimately blocked by the home defense to preserve a second-straight clean sheet in Open Cup action.

Totsch's goal would prove enough as the team owns their place in the Fourth Round of the cup competition. City finds out its next opponent tomorrow (Thursday) at 11a via a stream on USSoccer.com and on the Lamar Hunt U.S. Open Cup's official Facebook page.

City now looks ahead to the second installment of the 2018 Dirty River Derby series, with a Saturday night clash in Cincinnati against FCC kicking off at 7:30 p.m. at Nippert Stadium.