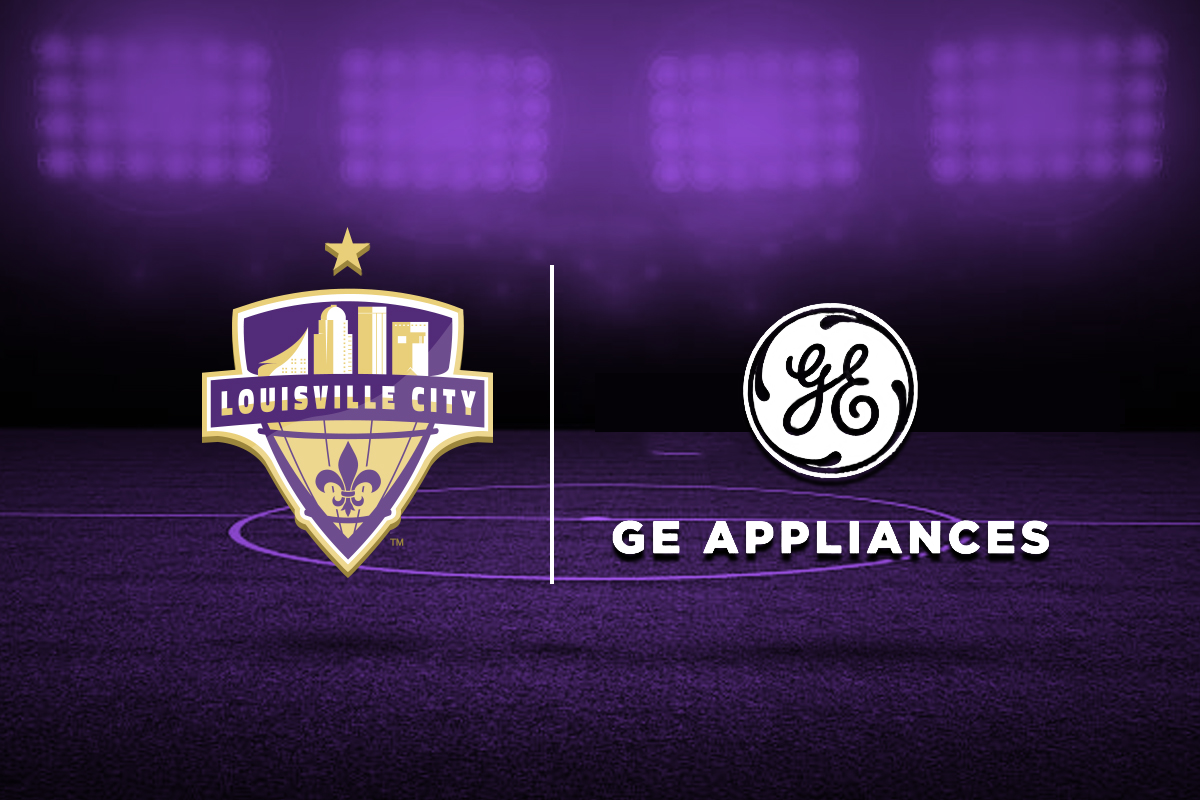 Louisville City FC and GE Appliances are pleased to announce a two-year extension to the presenting partnership that teams the appliance giant with the current USL Champions through to at least the end of the 2019 season.

Extending the deal as the club’s primary presenting sponsor from March 2017, the GE Appliances logo will continue to feature prominently on the front of all LouCity team jerseys and replica shirts through the next two years. Authentic kits featuring the GE Appliances brand will soon be available for purchase as the club also unveiled the updated design of its new 2018 season kit ahead of the new USL season.

LouCity will continue to don all-purple home kits with the white GE Appliances logo and the new addition of gold trim from the adidas Tiro label. The updated away strip features a white and gold hoop design with gold shorts and gold trim, with a black GE Appliances logo spanning across the front. The third kit, selected by the club’s supporters via an online poll last season, features a black and purple “championship” design with gold trim from the adidas Squadra line, and a bright gold GE Appliances logo in the center - referencing LouCity’s first USL Championship won last year.

“We’re proud to have GE Appliances continue to be on the front of our jerseys,” said midfielder Paolo DelPiccolo. “Especially as a leading Louisville brand, it was great to have them last year and we’re excited to have them back for the next two seasons.”

In addition, GE Appliances will feature as the official Presenting Sponsor of the 2018 & 2019 seasons as well as the leading partner of the club’s official website, LouCity.com.

“We are thrilled to extend our partnership with GE Appliances for at least the next two seasons,” added LouCity Chairman John Neace. “They have been and will continue to be tremendous supporters of our club and our city, and we look forward to delivering great brand exposure and partnership for the GE Appliances brand as we continue to grow.”

Headquartered in Louisville, GE Appliances – a Haier company – demonstrates a dedication to designing and producing the world’s best appliances. With over 125 years of service, the company’s legacy of invention has helped to electrify and modernize the lives of their consumers.

“GE Appliances is delighted to renew our partnership with Louisville City FC. It has been a great way to support our community and it is rewarding to see our employees get so pumped by how our company is so well represented by this successful team and organization,” said GE Appliances, Vice President, Marketing & Brand Mary Putman.

LouCity will debut the revamped first kit when it opens the new USL season against Nashville on March 17 at Slugger Field, while the new-look away strip will be used for the first time when LouCity travels to face inter-state rivals FC Cincinnati on April 7. Plus, the fan-inspired Black third kit will headline the club’s first ‘Blackout Night’ themed match against Richmond on April 14. Fans interested in attending all home games in the 2018 season can select ticket packages on LouCity.com.

Finishing in the top five in average attendance in the USL at Slugger Field since 2015, LouCity’s remarkable 2017 campaign included winning the USL Cup in the club’s first appearance in the final. Get the latest news on LouCity FC at LouisvilleCityFC.com and via the club’s  channels on social media, including Facebook, Twitter, & Instagram.­­­ 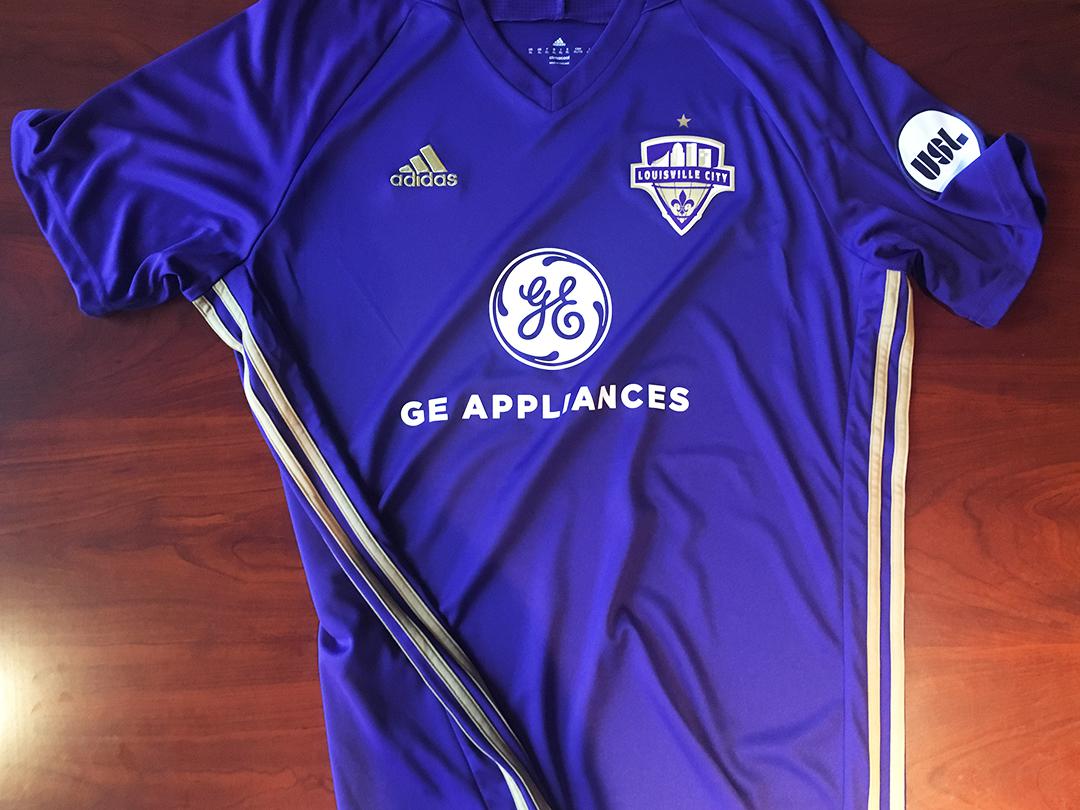 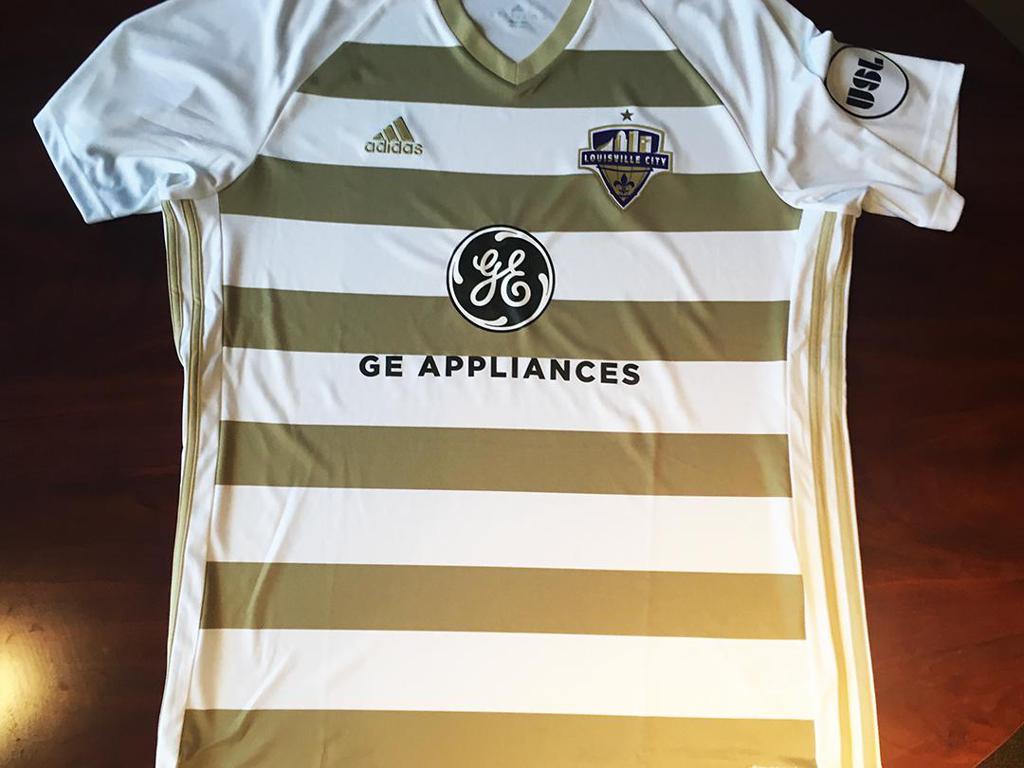 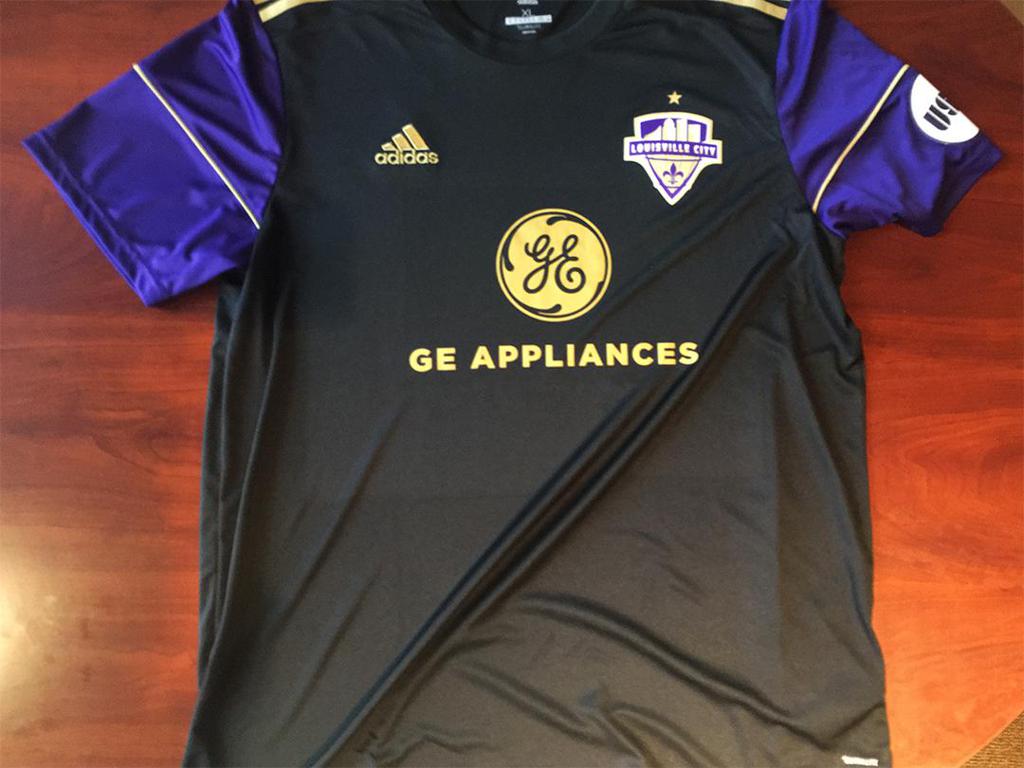