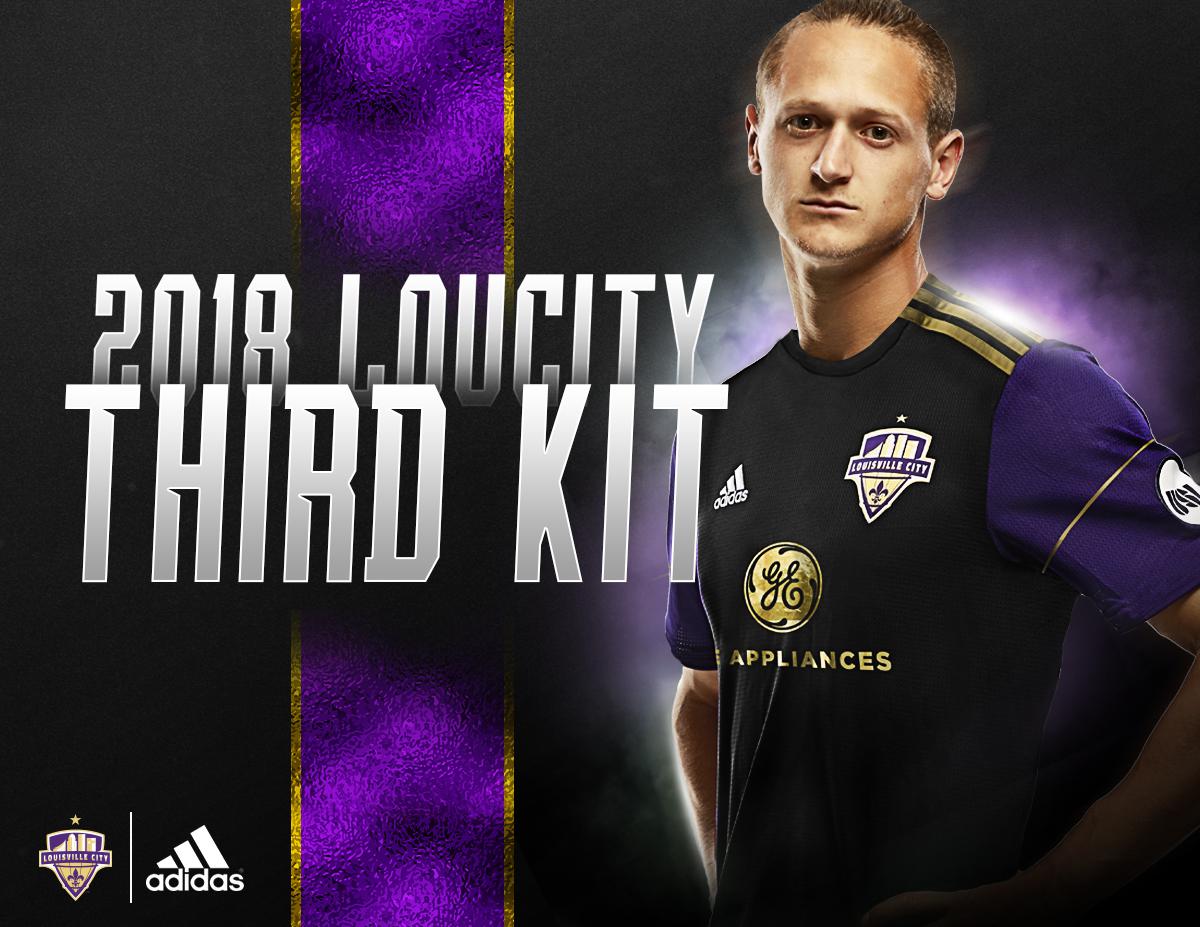 The kit, which was picked via a fan vote, represents LouCity's triumph of winning the 2017 USL Cup. With just shy of 36% of the vote, LouCity's Championship Cut beat out the Sunrise, White alternate, & Hoops designs.

Details on pre-orders for the 2018 Third Kit range styles will follow at LouCityFC.com/Shop.

For all LouCity news & updates, keep up with the latest at LouCityFC.com.