Coaches have access to more information than ever thanks to GPS monitoring. 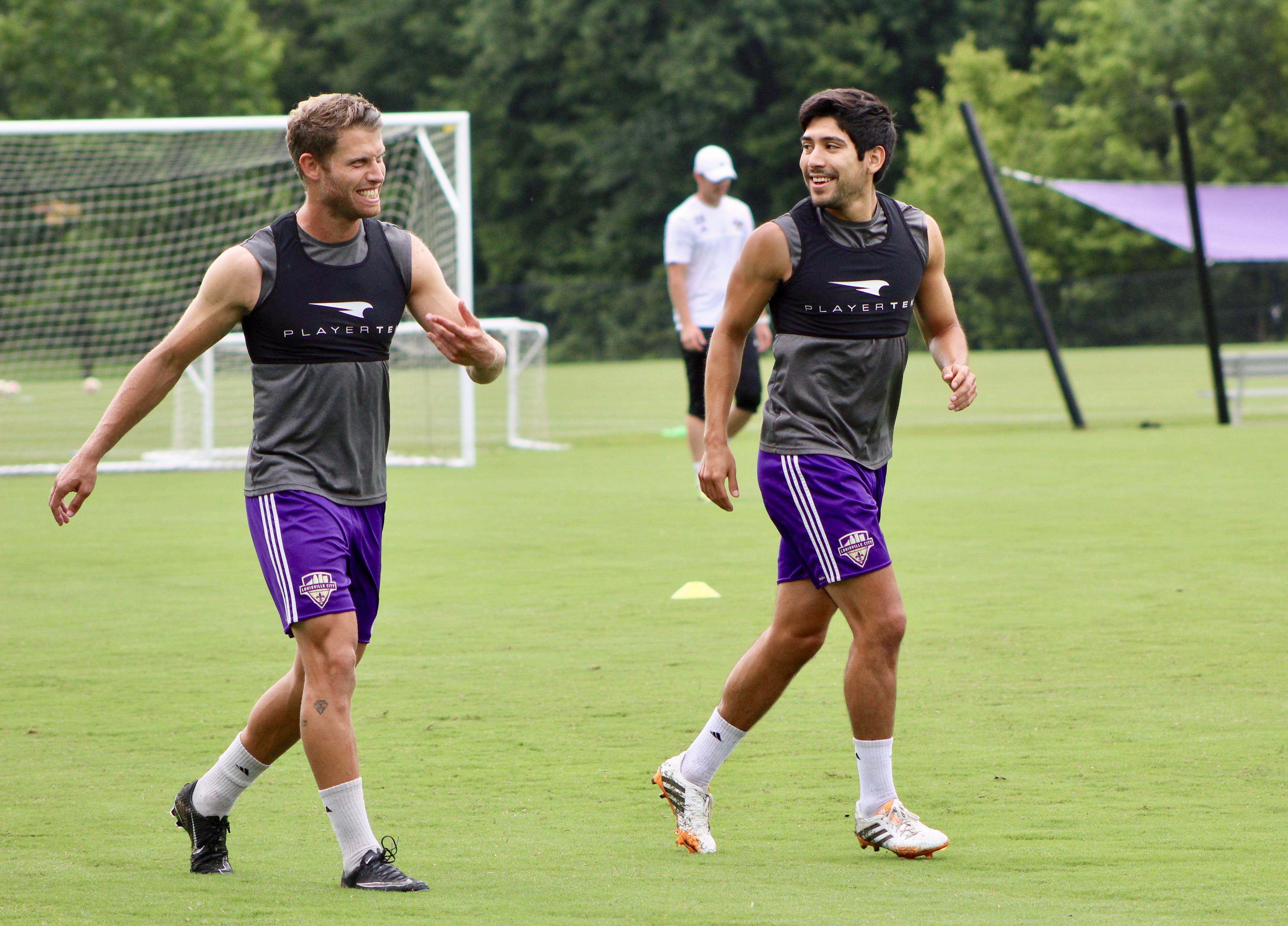 The thermometer touched 99 degrees Thursday in Louisville, and the projected high for Saturday’s Louisville City FC game at Saint Louis FC is 103 in Fenton, Mo. When it comes to managing his players’ work in such conditions, coach James O’Connor has removed the guesswork.

“It’s a great teaching tool for us,” said O’Connor, whose squad kicks off at 8:30 p.m. ET Saturday at Toyota Stadium. “We can sit with guys and show them exactly how hard they're working, the need to re-hydrate, the need to make sure they're eating correctly, and the need to rest.

“I think people underestimate how hard people work and the distances players cover in training especially.”

Data remains limited, as LouCity started with PlayerTek within the last month. But already, players are seeing the benefits.

Defender Paco Craig said the consistent difference between training sessions and games surprised him, as sometimes it’s the practices that leave him more fatigued.

“Interestingly, the PlayerTek always says the game is the hardest thing we do,” Craig siad. “That’s quite interesting. Apart from that, I don't look into it too much. I just try to train and play. We just have to run around with these little bras on.”

It’s technically a harness that contains the GPS pod and, at least for training, can be worn over or under a players’ shirt.

“Some people have bigger chests, so it might be a little more restricting around that area,” added midfielder Brian Ownby. “I think eventually once you get moving out there, you get used to it.”

LouCity hit the halfway point of its season last Saturday with a 3-2 loss to FC Cincinnati. Still, the club sits in third place in the USL Eastern Conference standings, and support is at an all-time high, with a single-game record 11,632 in the stands at Slugger Field over the weekend.

The second half of the season starts with a difficult stretch. Saint Louis FC just defeated the first-place Charleston Battery, and then comes a matchup with the defending champion New York Red Bulls II. To follow is an Aug. 5 matchup with the Charleston Independence, now second in the conference, before Cincinnati visits again Aug. 12.

Throughout, PlayerTek data will continue rolling in for LouCity.

“It's not something that's going to give us a huge edge of everyone,” Craig said. “It’s not going to be the secret to our success. But it's another tool to give us more data if you're curious how you're performing individually. It's a nice addition to have.”