What to watch for: LouCity at Pittsburgh

The Nos. 3 and 4 teams on the USL Eastern Conference table meet at 7 p.m. Saturday. 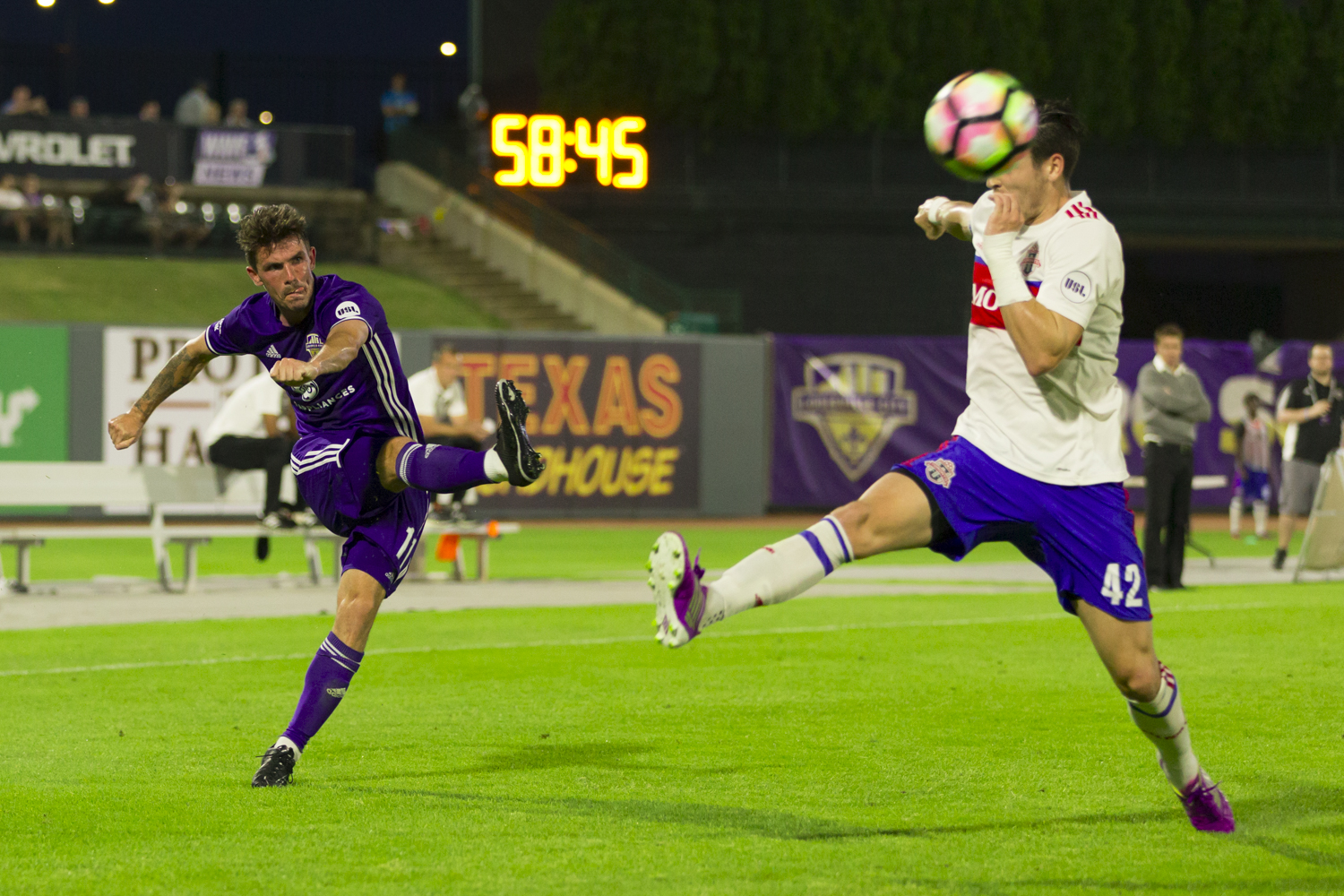 Louisville City FC is on the road for the first of three USL games this season against the Pittsburgh Riverhounds, with Saturday's game time 7 p.m. at Highmark Stadium.

Here's what to watch for...

TV: WBNA-21 will air the game live and in high definition locally with Mike Watts, voice of the USL, on the call.

Radio: Pregame coverage begins at 6:45 p.m. on 840 WHAS and the iHeartRadio app with T.J. Walker (play by play) and Jeff Milby (color commentary) at the mic.

Streaming: Watch live via the USL Match Center or at LouCity.com.

For Starting XI information and in-game updates, check us out on social media. It’s @loucityfc on Twitter, Louisville City FC on Facebook and louisvillecityfc on Instagram. Vote for the Modelo Man of the Match on Twitter starting in the 75th minute.

The standings: After a run of six games without a loss to open 2017, LouCity fell 2-0 to the Tampa Bay Rowdies last weekend but only dropped to No. 4 on the Eastern Conference table with 12 points. The Charleston Battery (19 points), the Rowdies (17 points) and Riverhounds (14) are in front of the boys in purple near the quarter mark of the season. LouCity has games in hand on all of them.

Magic number: The Riverhounds are on their longest winning streak — three games — since 2013, with all the victories by a 1-0 score. Pittsburgh has scored exactly one goal in six straight games dating back to mid-April. Forward Cory Hertzog, a former Orlando City SC teammate of coach James O’Connor, leads the Hounds with five goals.

The Open Cup: LouCity, which failed to score a goal in consecutive USL games, broke out of its scoring slump Wednesday in a Second Round U.S. Open Cup game against Tartan Devils Oak Avalon. The club’s nine goals were a franchise record and advanced LouCity to a Third Round game set for May 31 against FC Cincinnati.

Big opportunity: The winner of LouCity at FC Cincinnati — a rematch of a 1-1 draw on April 22 — will host Major League Soccer’s Columbus Crew in the U.S. Open Cup’s Fourth Round. Likely on June 14, the game could be played at Slugger Field. Only one other MLS side has visited Slugger; Orlando City B did so for a friendly in August 2015 that drew 9,434.

Extended stay: While LouCity had to hit the road for its U.S. Open Cup game, the timing worked out well. Tartan Devils Oak Avalon also play home games at Highmark Stadium, site of Saturday’s contest against the Riverhounds. LouCity’s team left town on Tuesday and remained in Pittsburgh between games.

Last time in Pittsburgh: Back on Aug. 5, George Davis IV’s 29th birthday, the most-veteran member of LouCity’s squad scored both goals in a 2-1 win over the Riverhounds. The victory snapped a two-game losing streak — LouCity’s only consecutive losses of the year — and began a run of eight of nine games unbeaten to finish the regular season.

Dobrowolski honored: Goalkeeper Tim Dobrowolski stopped consecutive shot attempts last weekend by the Tampa Bay Rowdies on his way to earning a second USL Save of the Week award voted by fans. It marked Dobrowolski’s second Save of the Week honor after earning his first in Week 5 for a fingertip stop against FC Cincinnati’s Matt Bahner.

Kaye in the lineup: On international duty with Canada’s U-23 squad for LouCity’s first two games of the year, midfielder Mark-Anthony Kaye made his first start of the year against the Rowdies. He didn’t disappoint, making a number of highlight plays and sent a 15th-minute shot off the near post, one of LouCity’s best looks at the goal.

Addition to the family: Niall McCabe missed LouCity’s trip to play Tampa Bay, but for a good reason. He and his girlfriend welcomed their first child, Luca Emmet McCabe, before kickoff Saturday. The third-year midfielder and his son watched the game together. McCabe is back with the team in Pittsburgh.

Solid showings: With an average attendance of 8,038 at three home games so far, LouCity ranks third in all of Division II, which includes the 30-team USL and eight-team North American Soccer League. Only FC Cincinnati (19,608) and Sacramento Republic FC (11,569) are drawing ahead of LouCity, which has seen a bump from years past. Through three games in 2015 (5,242) and 2016 (6,190) attendance measured less than this year’s figure.

Injury report: Goalkeeper Greg Ranjitsingh, who left at halftime of LouCity’s March 25 opener with a hip flexor issue, returned to full training earlier this month. He was not listed on the bench Wednesday during LouCity’s U.S. Open Cup win. Dobrowolski played the full 90 minutes with rookie Micah Bledsoe his backup.