Let's pack Slugger Field for a high-profile game against the Tampa Bay Rowdies! 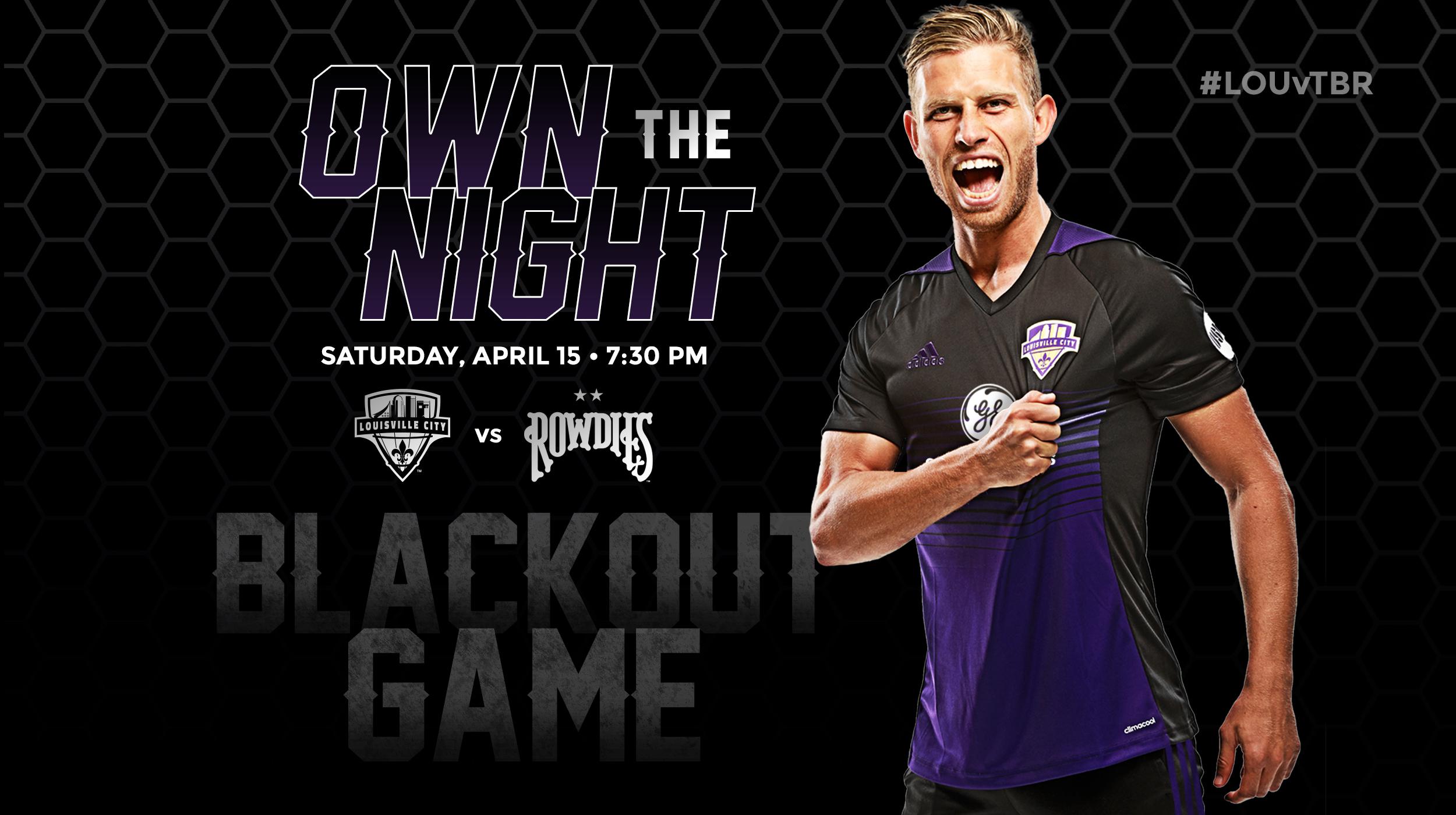 For one game, Louisville City FC fans are encouraged to wear a color other than purple to Slugger Field and match players as they don a new black kit.

Saturday’s 7:30 p.m. “blackout” game coincides with a matchup of the USL Eastern Conference Nos. 1 and 2 teams with both LouCity and the Tampa Bay Rowdies unbeaten.

The Adidas third kits are mostly black with purple accents, including a gradient pattern on the shirt and stripes on the shorts and socks. LouCity normally wears all purple at home, while white and gold make up the away look.

Replica versions of all three 2017 shirts will be on sale at the game with youth and adult sizes available. The club also sells an array of black T-shirts starting at $20.

LouCity has a history of playing well in third kits. Last year, the club didn't lose in its white and gold. The design replaced an all-white uniform as the permanent away kit entering this season.

Advance tickets to Saturday's game start at just $15, with five-game packs available for $70 and season tickets for $180. Email tickets@louisvillecityfc.com or call (502) 384-8799 to avoid online fees when ordering.

Tampa Bay enters Saturday with wins in all three of its games while featuring international star players such as Joe Cole, Marcel Schäfer and Georgi Hristov. Each have recorded either a goal or assist early this season.

LouCity meanwhile improved its record to 2-0-1 over the weekend, defeating the Richmond Kickers by a 1-0 score. Midfielder George Davis IV, a University of Kentucky graduate, leads the club with two goals and an assist. The roster also features team captain and University of Louisville graduate Paolo DelPiccolo along with local native Richard Ballard.