The iconic brand will adorn the front of kits in 2017. 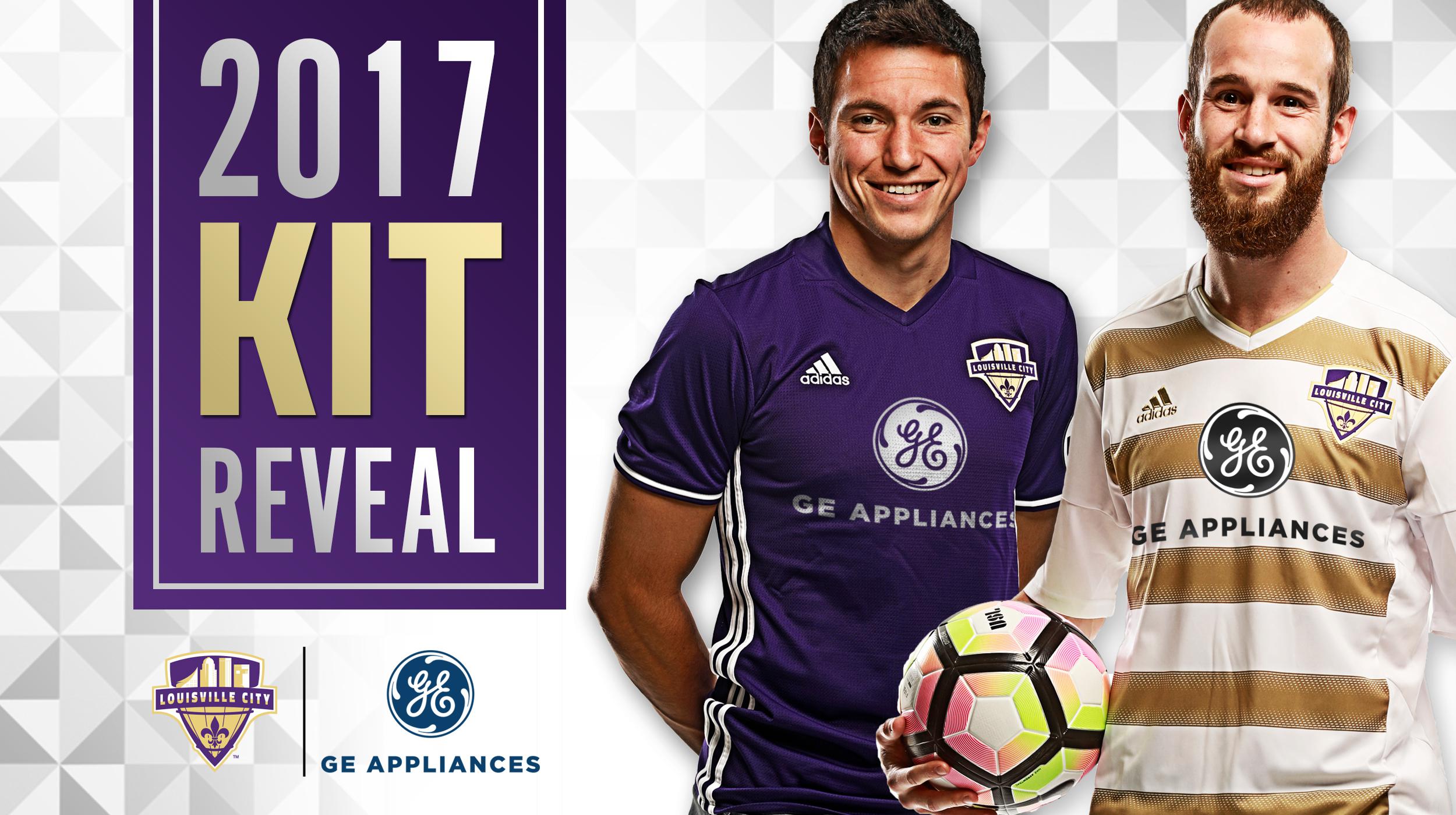 Two local staples, Louisville City FC and GE Appliances, a Haier company, have partnered to feature the iconic GE Appliances brand on the front of game jerseys during the 2017 season. The 100+ year-old appliance brand, which is in half of homes across the country, will be immediately recognizable by fans.

LouCity will continue to wear purple kits at home with a white GE Appliances logo across the front of the shirts. Black GE Appliances logo and lettering will adorn the club’s white and gold hoop jerseys, now LouCity’s official away design. A third kit will be revealed later.

“As we begin taking the first steps toward building our stadium and securing Louisville City FC’s long-term future in the community, we are proud to announce our new look and partnership with GE Appliances,” said LouCity chairman John Neace. “GE Appliances touts dependability, durability and quality — the same things we look for in our players.”

GE Appliances strives to help people improve their lives at home through a proven record of design, production and service. With manufacturing facilities in Louisville and surrounding states, GE Appliances produces everything from refrigerators to cooking products and water filtration systems. The company prides itself on innovation and American-made products.

Replica LouCity kits featuring the GE Appliances logo will soon be available for purchase. Players will don them for the first time Saturday as the club kicks off its United Soccer League season at 2 p.m. in a rivalry game against Saint Louis FC at Slugger Field.

“GE Appliances has been a part of the  Louisville community for well over 60 years. Partnering with Louisville City FC is a great way to represent the 6,000 current local employees as well as the thousands of GE Appliances’ retirees that have remained in the community,” said Rick Hasselbeck, chief marketing officer.

Much like its new front-of-jersey partner, LouCity has a track record for success.

The club has posted consecutive second-place USL finishes and last season drew an average of 7,200 fans per game to Slugger Field, ranking third of nearly 30 teams in the league. LouCity returned the core of 2016’s roster and welcomed a number of talented newcomers, including exciting rookie Richard Ballard, a Louisville native and Indiana University graduate.