Playing time remains a weekly battle at a number of positions on coach James O'Connor's roster. 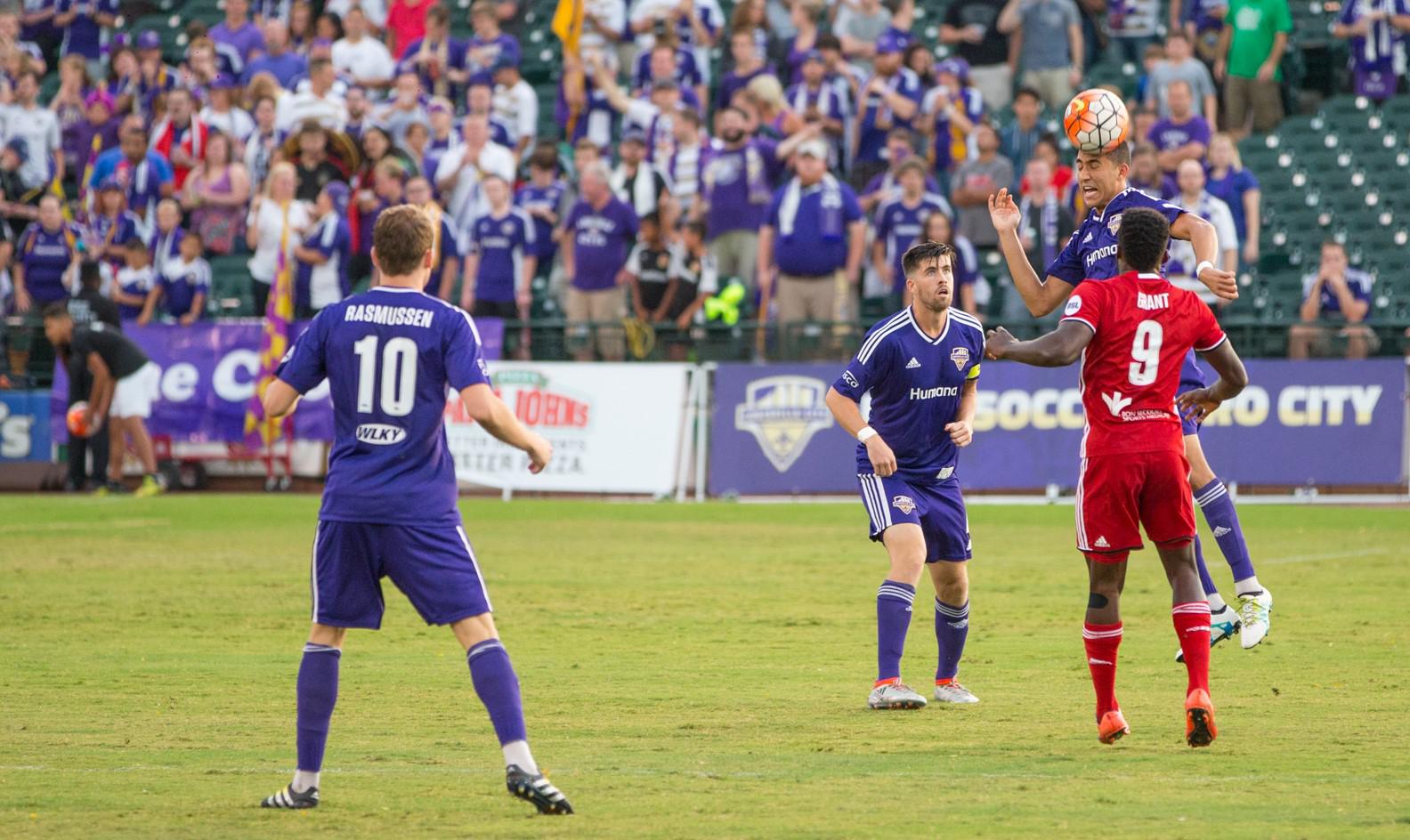 With a home postseason game clinched, Louisville City FC winger George Davis IV said this week the club's final two regular-season matches are "about putting the pieces together and taking some good momentum into the playoffs."

LouCity will carry its three-game winning streak -- with each of them clean sheet victories -- into Saturday's showdown with Saint Louis FC. A win or draw clinches the USL Eastern Conference's No. 1 seed for Louisville, while anything less than a victory would end Saint Louis' playoff hopes.

But before battling their Kings' Cup series rival, LouCity players will first compete amongst themselves. The club's last seven games have fallen with one a week, making for less need to rest players and rotate through the starting 11 than throughout LouCity's busy -- and humid -- summer.

The pieces are coming together.

"I think it's something that when you look at last season, there were times when we didn't have enough on the bench, and I think people could get complacent at times," said coach James O'Connor. "Now they realize there's no area for complacency. I think it's exactly what all good squads have -- great competition."

The best evidence came in last Saturday's 2-0 win over the Richmond Kickers. Defender Ben Newnam and forward Chandler Hoffman, LouCity's leading scorer, appeared in neither the starting lineup nor the bench. But Louisville posted one of its most complete efforts yet, shutting down a Kickers team that entered having played 10 straight games unbeaten.

Newnam could find his way back into the lineup in St. Louis, as normal right back Kyle Smith is out on yellow card accumulation. While Tarek Morad worked with starters at left back during the open portion of Thursday's training, Newnam took the right. O'Connor said Enrique Montano is also "in contention" to play.

"Coach does a great job of making sure the best team every week is out there, so it doesn't necessarily depend on if you had a great game last week," Newnam said.  "It depends on the week leading up to the game."

As for the club's depth, "I think it's probably one of our most dangerous weapons," Newnam added. "We all get along great off the field as well. It helps. You don't hold grudges. You just play for each other, and I think that's what's going to win us the championship."

Kickoff Saturday at World Wide Technology Soccer Park is set for 8:30 p.m., and the lineup chosen by O'Connor could very well serve as a playoff preview.

Cameron Lancaster got the start at the striker spot against Richmond and produced, converting on an early penalty kick earned by Kadeem Dacres. Magnus Rasmussen, the club's regular No. 10, also scored on a 55th-minute strike from just outside the box.

Hoffman could return up top. And at either wing position, Andrew Lubahn (right) and Davis IV (left) have proven able to spell Dacres and Mark-Anthony Kaye. In the defending midfield, Guy Abend and Paolo DelPiccolo have rotated alongside captain Aodhan Quinn, another decision that comes down to the hot hand -- or foot -- leading up to games.

Even rookie goalkeeper Tim Dobrowolski succeeded in his only action of the year, posting a clean sheet Sept. 3 against FC Montreal with Greg Ranjitsingh away on international duty for Trinidad and Tobago.

"I think it's a strength of ours, and it's definitely been an advantage for us," said Davis IV, a veteran midfielder who made his last start Aug. 19 against the evenual USL champion New York Red Bulls II. "There's times when players are going to be called on, and that's what's happened

"...It's going to happen again where players who might not be on the team now are going to be called upon at some point. It's their duty to come in the game and make an impact."