Preview: What to watch for with LouCity vs. Charlotte Independence 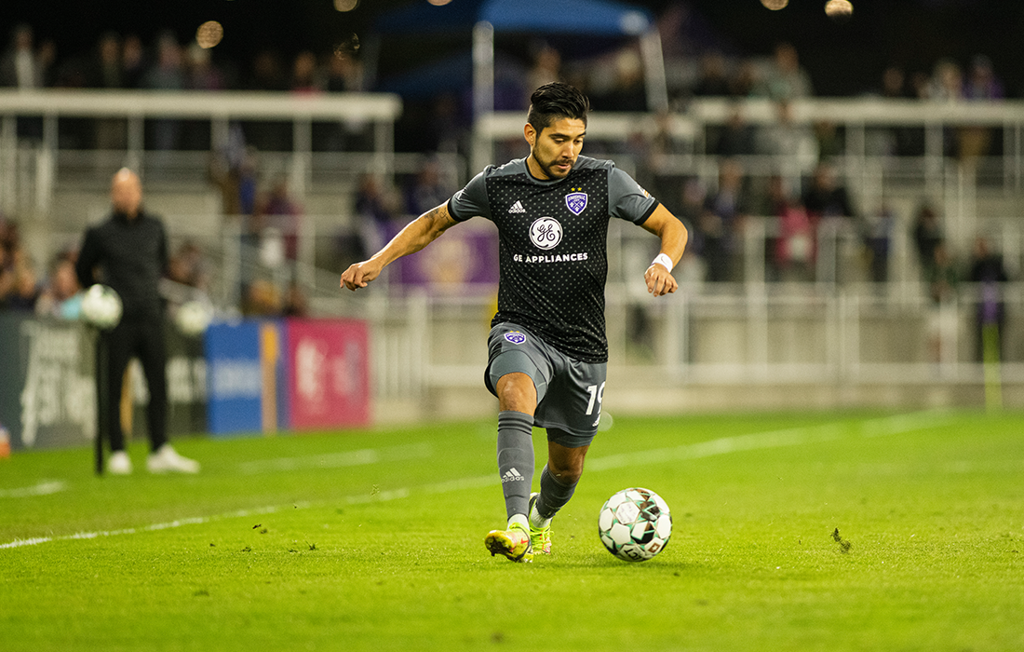 The boys in purple will look to do just that again when hosting the Charlotte Independence for an Eastern Conference Semifinal that kicks off at 7:30 p.m. Saturday inside Lynn Family Stadium.

With a victory, LouCity would go on to its seventh Eastern Conference Final appearance in as many seasons against the winner of Birmingham Legion FC at the Tampa Bay Rowdies.

City rides in on a three-game winning streak having out-scored recent opponents 5-1. The run includes consecutive clean sheets in critical games, first an Oct. 30 victory over Birmingham that clinched a No. 1 playoff seed before another shutout win over Miami FC last Saturday to start the postseason.

Charlotte could consider itself in even better form amid its first playoff appearance. The Independence are 11-1-1 in their last 13 games and boast plenty of talent, including the USL Championship’s all-time leading scorer, Dane Kelly, and Christian Fuchs, who was part of Leicester City’s English Premier League champion side in 2015-2016.

LouCity and Charlotte last met in 2019. The Independence have never won in Louisville, going 0-4-2 here over the years.

With the USL Championship Playoffs down to their final eight teams, here’s what to watch for Saturday…

“The most enjoyable part about working with this group is that day in and day out they bring the right mentality, they bring the right fight and they execute the ideas. Not much has changed, other than we know we have a very good opponent coming in for a game that you have to win to advance.”

• On the WBKI/TheCW and ESPN+ call: Mike Watts (play-by-play) and Gary Bailey (color).

Playoff scenarios: Should the boys in purple defeat Charlotte, they would be in line to travel to Tampa Bay, the Atlantic Division’s No. 1 seed, or host Birmingham, the Central Division’s No. 2, pending results of the league’s other Eastern Conference Semifinal. Both top seeds in the West were already upset, meaning the Eastern Conference champ will host the final at 8:30 p.m. Sunday, Nov. 28.

Bigger picture: Along with the benefits of a potential home USL Championship Final, results in the Western Conference have boosted LouCity’s overall chances of winning the title. According to FiveThirtyEight.com, the boys in purple have a 19% chance to put a third star over their crest this fall, making them the second choice behind Tampa Bay’s 33%.

Home fortress: Last Saturday’s crowd of 9,097 set a new record for a LouCity playoff opener, eclipsing the 8,517 who saw the club’s first-ever postseason game back in 2015. The boys in purple continued rolling in front of their home fans, too, improving to 14-2-2 there this year. LouCity has lost just once at Lynn Family Stadium since capacity restrictions lifted in June and sport a +19 goal differential over that span.

Scoring kings: Two of the USL Championship’s most prolific goal scorers will face off Saturday with Charlotte’s Dane Kelly first all-time with 99 regular season tallies. On the LouCity side, Cameron Lancaster has upped his tally to 71, good for fourth on the list, with his second career 20-goal campaign in 2021.

Bagels again: For just the second time this year, LouCity’s defense and goalkeeper Chris Hubbard are on a clean sheet streak. The club has posted consecutive 1-0 victories between Birmingham and Miami FC results. Versus Legion FC, the boys in purple didn’t concede a single shot on target. Miami managed just one on its visit to Louisville.

Consistent 11: Playing a condensed schedule and limited by a number of injuries this season, coach Danny Cruz made changes to his lineups more often than not, with 23 of 24 rostered players making at least one start. However, for three straight games Cruz has narrowed in on the same lineup including six players who played a part in winning 2017 and 2018 USL Championship titles. Ten of the 11 were part of last year’s run to the Eastern Conference Final.

Jorge the hero: As for the newcomer to the lineup? Forward Jorge Gonzalez — on loan from Major League Soccer’s Portland Timbers — only went out and scored LouCity’s game-winning goal with a 74th-minute strike against Miami FC. It marked his fourth goal across all competitions as the club’s No. 9, proving an attacking threat after missing most of the season’s first half with an injury.

Full strength City: The injury woes are ideally behind Cruz’s squad with every rostered player available for selection Saturday. That’s something the club hasn’t been able to say all year. Of last weekend's group, three starters — Gonzalez, Corben Bone and Oscar Jimenez – recuperated from long-term ailments. Newly back in the rotation is midfielder Napo Matsoso, who had to be carried off the field late in an Oct. 16 game at Indy Eleven.