That includes listing it as the No. 1 market for the USL Championship. 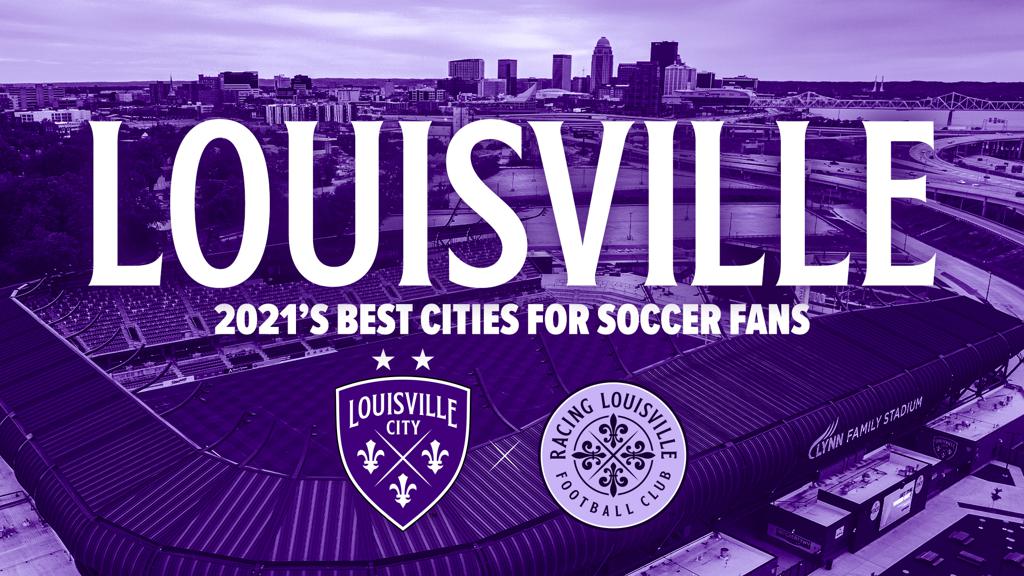 The financial savings website WalletHub ranked Louisville as the United States’ 15th-best soccer city as part of a newly released study into the world’s most popular sport.

That positions the city — home to the USL Championship’s Louisville City FC and NWSL’s Racing Louisville FC — as the No. 2-ranked market without a Major League Soccer franchise, ahead of nearby peers Cincinnati (16th), Nashville (17th) and Indianapolis (25th).

Louisville, of course, is home to the new Lynn Family Stadium and has seen LouCity rise to quick prominence with back-to-back titles in 2017 and 2018. It’s also an emerging market for women’s professional soccer recently selected to host the Nov. 20 NWSL Championship game.

“I think anybody who comes here and sees what we’re doing as an organization or experiences a game at Lynn Family Stadium, whether be it with Racing Louisville City, can tell there’s something special here,” LouCity coach Danny Cruz said of the ranking.

“…It’s flattering, but at the same time I’d be lying to you if I said I was surprised. We’re doing the right things here in Louisville from ownership down to the players. That’s something I think everybody here should be proud of, because it’s built with regard to the community.”

WalletHub compared nearly 300 U.S. cities with at least one professional or college soccer team, reaching conclusions by gauging 52 key metrics, such as ticket prices and success on the pitch.

Because of LouCity’s success, Louisville ranked No. 1 by WalletHub as far as USL Championship markets. The boys in purple also play to the league’s largest crowds, averaging 10,034 at home games in 2021.

With Racing in just its first year as an expansion team, Louisville didn’t get the full weight of NWSL points from WalletHub. Cary, N.C., home to the NC Courage, as a result came in as the 10th-best soccer city overall and best without MLS. The Courage won three straight shields from 2017-2019 and consecutive playoff titles in 2018 and 2019.

Racing, however, continues to draw larger crowds as its inaugural season closes, including a club-record 8,488 for last Saturday’s win over the Orlando Pride.

“You look at the attendance we had the other night — we’re already beating some of the more established clubs,” said Racing goalkeeper Katie Lund, “and that says a lot about the people in Louisville supporting us. Even in a year of ups and downs, it’s great to see so many people coming out. The numbers just keep growing.”

Louisville is also home to four men’s and women’s college soccer programs that boosted the city’s score with the University of Louisville and Bellarmine University both at the Division I level.