Preview: What to watch for with LouCity vs. Memphis 901 FC

LouCity returns to Lynn Family Stadium for the first of two key matches in the Central Division race. 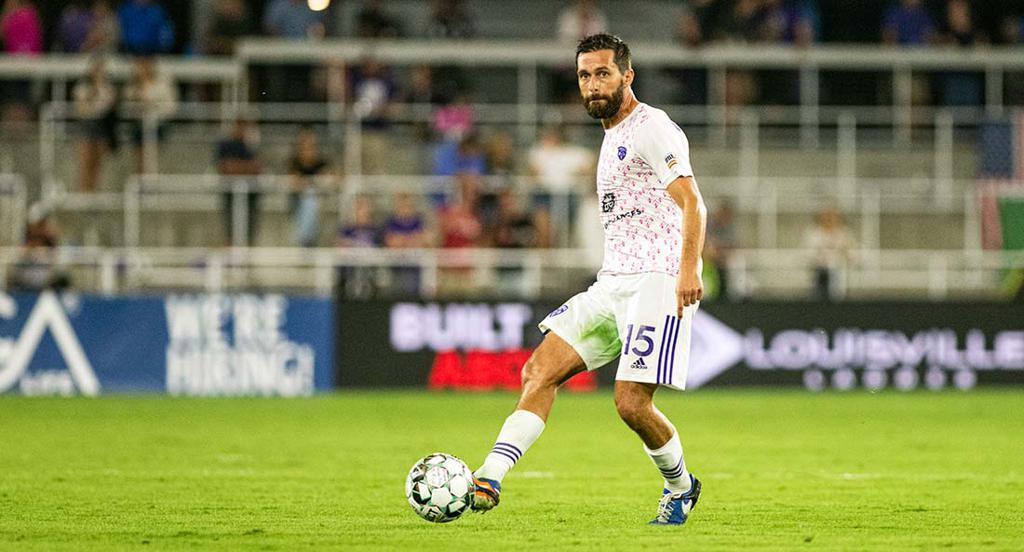 Louisville City FC won’t officially begin its USL Championship Playoffs run until next month, but the boys in purple enter the weekend with a bit of a must-win feeling. Back-to-back victories to end the regular season are the only way LouCity can guarantee it heads into the playoffs with a No. 1 seed.

Birmingham sits atop the Central Division on 57 points. At 16-7-7, LouCity has accumulated 55 points, slowed in recent days after consecutive defeats at Memphis on Oct. 13 and to rival Indy Eleven last weekend. A head-to-head matchup could allow the boys in purple to catch up — again, assuming they win out.

LouCity has already clinched a top-two finish, meaning it will host an opening-round playoff game the first weekend of November. Whether the boys in purple can get back to first place will determine just how tough a path it’ll be to a USL Championship title.

Memphis, having already guaranteed itself a spot in the playoffs, did amid its best run of form this season having won four of five, including that recent 2-1 victory over LouCity. The season series is knotted at 1-1-1.

Four teams apiece from the USL Championship’s Atlantic, Central, Mountain and Pacific divisions qualify for the single-elimination playoffs. They run up to a Sunday, Nov. 28, final to be hosted by the better-seeded club.

Here's more of what to watch for on Saturday....

“The focus is on Memphis. Being back at home again, we’re certainly looking forward to that, at Lynn. We have a job to do this weekend, that’s certainly the focus. That’s been the messaging to the group. If we take care of business this weekend, then we can put the focus on Birmingham.”

• On the WBKI/TheCW and ESPN+ call: Mike Watts (play-by-play) and Devon Kerr (color).

The bigger picture: Coach Danny Cruz said following the Indy Eleven defeat that, "These last two results don't take away the other 28 games that that we’ve played and how we’ve performed." FiveThirtyEight.com seems to agree. The analytics site still gives the boys in purple a 21% chance to reach the USL Championship Final with an 11% chance to hoist the club's third cup.

Playoff scenarios: Depending on whether it finishes first or second in the Central Division, LouCity would host the Atlantic Division’s No. 4 or 3 seed, respectively. The clubs currently occupying those spots are Pittsburgh Riverhounds SC and Miami FC. After the opening round, with home sites determined based on seeding, host clubs will be determined by higher point totals.

Rare shutout: For just the third time all season, LouCity's potent attack was held scoreless by Indy. Unable to hit the back of the net, the boys in purple edged out the Eleven in shots taken with 13 and shots placed on goal with 5. Even with the three shutouts, LouCity's 57 goals still remain among the top three in the USL Championship behind only Colorado Springs Switchbacks SC (59) and Phoenix Rising FC (66).

Home finale: In a full circle moment, LouCity will cap its 2021 regular season home slate against the same club it welcome to Lynn Family Stadium for the venue’s first 100% capacity game. Back on June 12, Memphis 901 FC visited for a 3-0 victory for the boys in purple, who played to a Lynn Family Stadium-record crowd of 12,115. LouCity has lost at home just once since then.

Rest at last: Since Sept. 3, LouCity has played 10 games, with the span including seven road trips and three midweek matches. As a result, Cruz has often had to make a number of lineup changes to manage fatigue. However, last week’s Wednesday (Memphis) to Saturday (Indy) turnaround marked the last quick turnaround of the year. Cruz will look to field his best 11 going weekend to weekend from here on out.

Short at the 6: Cruz, however, won’t have many options over the short term to fill in a vital central midfield role. Napo Matsoso suffered an injury while attempting to block Indy Eleven’s 86th-minute game winner last weekend, and Tyler Gibson, who previously featured as the starter there, has been out five games nursing an ailment of his own.

Movin' up: LouCity recently promoted from within to fill roles within its first team and youth academy. Academy boys director Simon Bird – who assumed interim assistant duties with Cruz in April – has been named as Cruz's top assistant on a permanent basis. Former LouCity forward Luke Spencer has stepped into Bird's shoes to lead the boys academy less than a year after his retirement from playing.

Can't stop PdP: Team captain Paolo DelPiccolo has redefined himself this season, scoring LouCity’s lone goal Oct. 13 in Memphis to make it four in three games. In all, he’s bagged a career-high nine goals as a walking example of getting in the right place at the right time. Each of his scoring strikes this season have been a result of service, with the latest a finished grounded Oscar Jimenez corner flicked in.

Milestone moment: Chris Hubbard's two saves against Indy Eleven on Saturday pushed him to 100 in purple during the regular season. That puts him in good company, joining former LouCity goalkeepers Greg Ranjitsingh and Scott Goodwin, the only others to reach the century mark in club history.