Here's how to attend with the boys in purple in line to open the postseason at home. 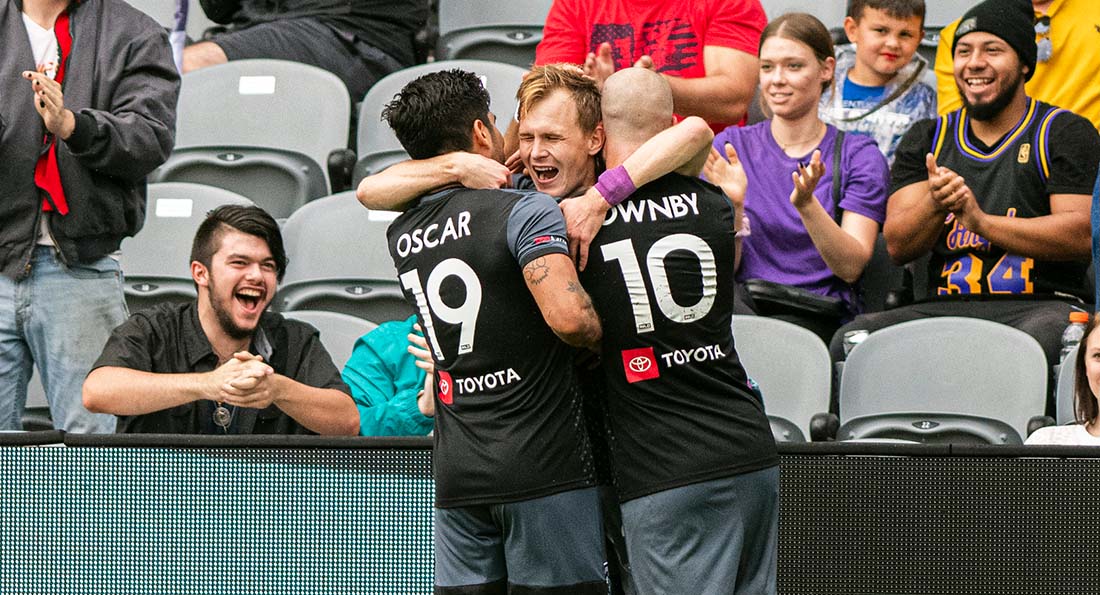 Louisville City FC has clinched its spot in the USL Championship playoffs, and the club is preparing in the event the boys in purple open their postseason at home.

A Round of 16 game will be played at Lynn Family Stadium the weekend of Nov. 5-7 should LouCity — currently atop the Central Division — hold on to first or second place. Host privileges for ensuing rounds go to the team with the higher regular-season point total.

Season ticket members will receive emailed communication indicating they have until Oct. 22 to opt out of their seats for the playoffs. Those who opt out will not be guaranteed their seats for successive postseason rounds.

Single-game tickets would go on sale once an initial home playoff game is confirmed. The date and time will also be determined later.

Bookmark LouCity.com/playoffs as the regular season winds down for the latest information.

Following opening weekend are the conference semifinals (Nov. 12-14) and conference finals (Nov. 19-21). They lead up to a Sunday, Nov. 28, USL Championship Final that will kick off at 8 p.m., airing on ESPN or ESPN 2 and ESPN Deportes.

LouCity, which has advanced to at least the Eastern Conference Final in each of its six seasons since beginning play, is also the only club to win back-to-back USL Championship titles in 2017 and 2018.