Preview: What to watch for with LouCity at OKC Energy FC

Back to its winning ways, LouCity will return to OKC for its final match between the Energy. 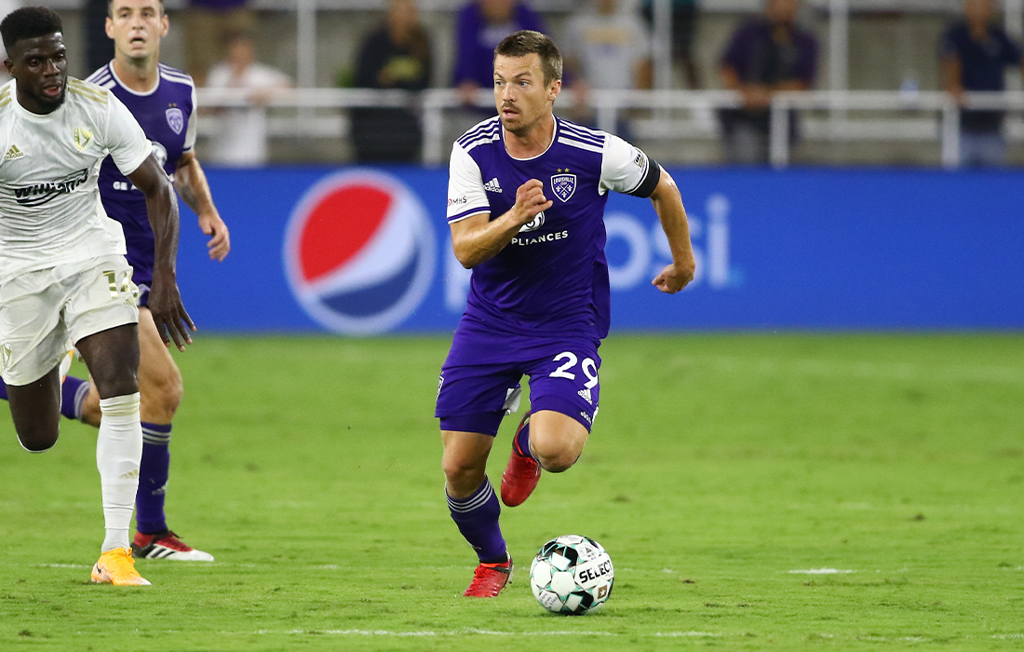 Three weeks after its last trip to Taft Stadium, Louisville City FC will close out a four-game season series against OKC Energy FC at 6 p.m. Sunday.

The boys in purple enter fresh off a nationally televised, 4-2 victory at Hartford Athletic FC on Tuesday night. That marked the club’s first win since it dropped points three straight games starting the a scoreless draw Aug. 22 against Energy FC.

LouCity had won its opening pair of games versus OKC, both at Lynn Family Stadium. Team personnel cited conditions — intense heat, wind, and a smaller surface — for their lack of a breakthrough goal.

The club also left Taft Stadium with two defenders injured owing to the turf at Taft Stadium. Jonathan Gomez has returned to the rotation, while Wes Charpie continues to rehab a leg injury.

OKC has gone 2-1 since last seeing LouCity, most recently losing away to USL Championship Central Division rival Sporting KC II. The boys in purple will make this the second of five road trips to close out September.

Here’s more of what to watch on Sunday…

• On the WBKI-TV (The CW)/ESPN+ streaming call: Joseph Malfa (play by play) and Devon Kerr (color).

Offensive efficiency: Having scored just one goal in three prior games, LouCity came out firing Tuesday in Hartford. The boys in purple put all eight of their first half shots on target and finished 11-for-14 in that respect. Two of those misses hit dangerously off the post on tries by Cameron Lancaster and Paolo DelPiccolo, while Jonathan Gomez had a rifled attempt in the box blocked by a defender.

Spreading the scoring: Four goals were the most in a game since LouCity defeated SKC II by a 4-1 score on Aug. 7. That night, the boys in purple had a different scorer for every goal, and they repeated the feat Tuesday with Lancaster, Jorge Gonzalez, Brian Ownby and Antoine Hoppenot all getting in on the offensive fireworks in Hartford.

Count on Cam: Lancaster nutmegged his way into the USL Championship record books in the seventh minute of Tuesday’s contest when he netted his 63rd goal of his career and 12th of the season. Now the league’s fifth all-time leading goal scorer, the Englishman is chasing only Dane Kelly (94), Corey Hertzog (74) Jorge Herrera (72) and Chandler Hoffman (68).

Between the posts: Chris Hubbard returned to both LouCity’s team sheet and the pitch Tuesday night, coming on at halftime after starting goalkeeper Parker Siegfried picked up what coach Danny Cruz called “a dead leg” when punching out a Hartford corner kick. The Louisville native Hubbard posted a shutout final 45 minutes to help LouCity get back in the win column.

Climb to the top: A win Tuesday night allowed the boys in purple to once again pad their first-place Central Division lead, creating a four-point gap to second-place Birmingham Legion FC. LouCity, though, has aims of finishing atop the entire league, and there’s work to do in that respect. With 10 games to go, the club is three points back of the Tampa Bay Rowdies for the USL Championship’s best record.

Milestones in purple: In addition to his goal, Ownby also set up Lancaster’s opener for his career-high eighth assist of the season. That total is also tied with Hartford’s Danny Barrera and Colorado Springs’ Michee Ngalina for the USL Championship lead. It was defender Akil Watts who fired a corner kick to a leaping Ownby on the second half goal, marking Watts’ first-ever assist in league play.

Winning ways: LouCity went into Hartford off consecutive losses, a rarity for the club. But another defeat would have made some history. Only once since the boys in purple started play have they lost three straight, and you have to go back to their inaugural campaign in 2015 to find that run, when LouCity closed out the regular season on the down streak.