Preview: What to watch for with LouCity at Hartford Athletic

The boys in purple travel to Connecticut for a cross-division clash on ESPN2. 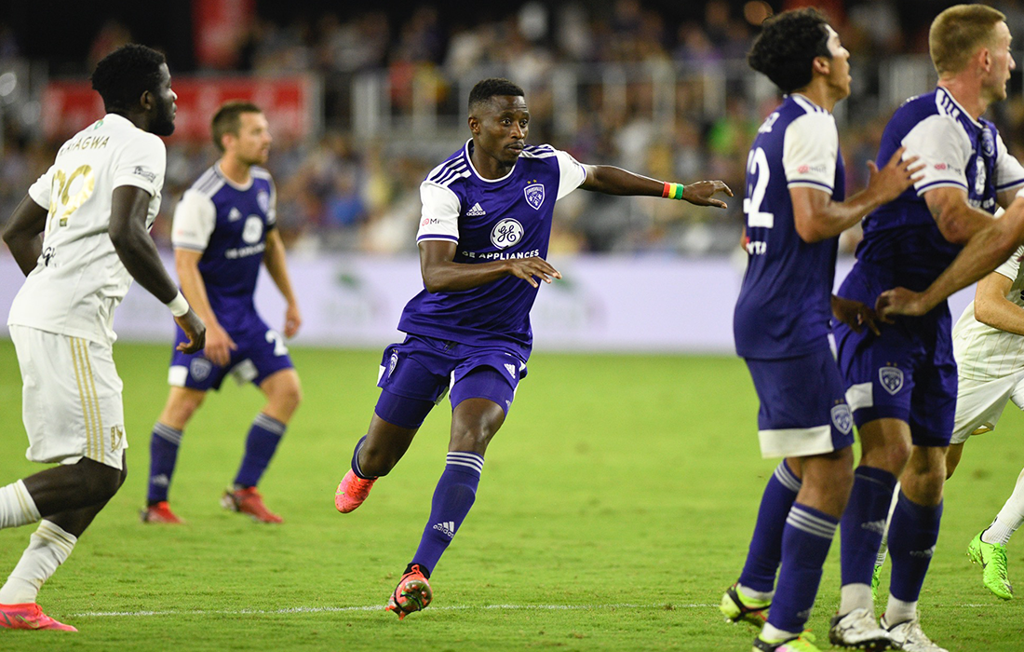 It’s all eyes on Dillon Stadium on Tuesday as Louisville City FC travels across division lines to take on Hartford Athletic FC in front of a national TV audience.

A 7 p.m. kickoff in Connecticut marks the first of LouCity’s two ESPN2 games this season, with the other the next time the club’s home at Lynn Family Stadium on Oct. 3 to host New Mexico United.

Hartford, from the USL Championship’s Atlantic Division, has won just once dating back to mid-July and sits 8-9-3, good for sixth on the table — but only one point from a playoff spot in fourth. Uncharacteristically, the boys in purple are also riding out a rough patch, going winless in three games since Aug. 14 with a single goal scored.

This marks the first trip for Louisville to Hartford since 2019 to face what’s still a relatively new club. It’s also the third of four cross-region/conference games this season with most of LouCity’s games against Central Division foes.

Here’s more of what to watch for Tuesday…

Know the foe: Hartford Athletic, which matched a highly successful LouCity squad on points in 2020, has been far less potent this season. The host side enters Tuesday off a 2-0 defeat to New York Red Bulls II having won just one of its last eight games. Danny Barrera is the offensive threat of note with a team-leading five goals and eight assists.

Series history: LouCity and Hartford have met only twice, in the Athletic’s debut 2019 season. The boys in purple won by a 2-1 score on March 23 at Louisville Slugger Field before traveling for a 1-0 victory Sept. 14 at Dillon Stadium, the historic 5,000 capacity venue that’s still home to the club today.

The bigger picture: LouCity will need to reverse form to match its ambitions of the USL Championship’s best record. Entering Tuesday, 40 points have the boys in purple a point clear of Birmingham Legion FC for first in the Central Division, while other leaders Pittsburgh (Atlantic, 44 points), El Paso (Mountain, 42 points) and Phoenix (Pacific, 41 points) have inched ahead.

Points dropped: Just one other time this year has LouCity lost back-to-back games. But starting with an Aug. 22 draw at OKC Energy FC, the club has dropped points a season-high three games straight, adding in the Aug. 28 loss at Birmingham and last Friday’s defeat to FC Tulsa.

Rare losing streak: History says LouCity’s bound to bounce back Tuesday. Only once in the club’s history has it dropped three straight USL Championship games. Those were defeats to NYRB II, the Charleston Battery and Saint Louis FC to end the inaugural regular season in 2015.

A scoring trend: LouCity sits at 12-5-4 on the season, and there’s some consistency to that handful of losses. Those are also the only games this season in which the boys in purple conceded first. They’ve come away with at least a point in every other fixture when opening scoring.

AMT’s return: Abdou Mbacke Thiam, who suffered a broken fibula late in LouCity’s preseason, made his return to the pitch Friday as an 82nd-minute substitute, putting an exclamation point on some five months of recovery and rehab. The third-year pro from Senegal got back into the rotation just in time to visit Hartford, home to his alma mater, the University of Connecticut.

Between the posts: Hours before Friday’s Tulsa game, LouCity announced the USL Academy contract signing of 16-year-old Alex Kron, a goalkeeper who backed up Parker Siegfried. The next day, the club revealed a corresponding move sending Simon Lefebvre to Colorado Springs on loan for the rest of the season. Ordered should be restored Tuesday as Chris Hubbard becomes available again with Siegfried.