Greer: What we learned from LouCity's win over Atlanta

No Bone, Gomez or Ownby — no problem Saturday night for the boys in purple. 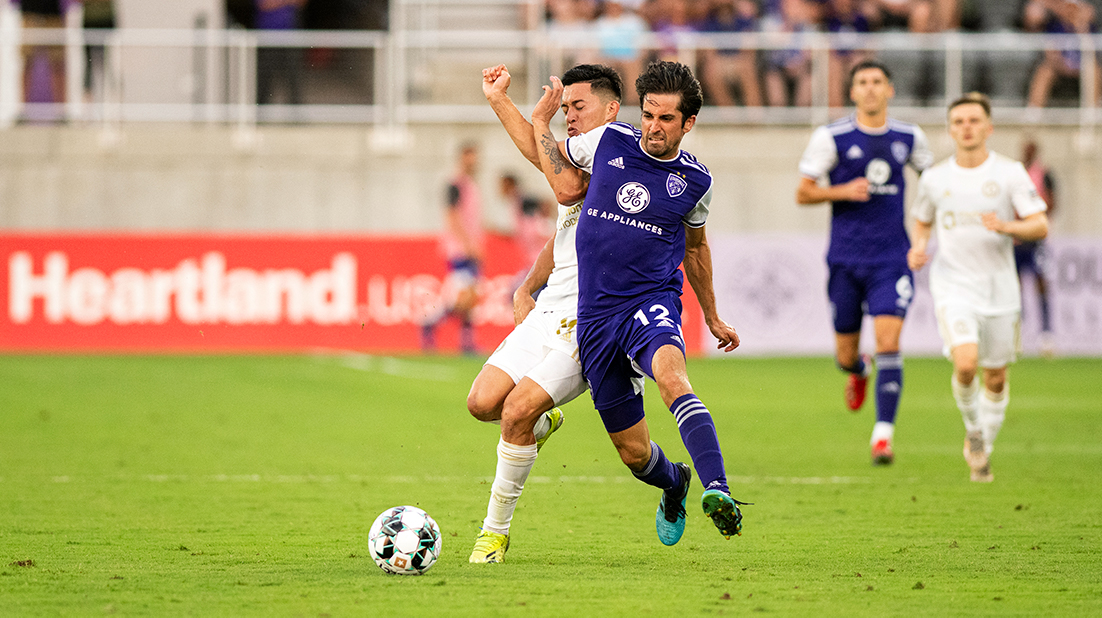 An organized defensive effort and clinical second half work in front of goal pushed Louisville City FC on Saturday night to its second consecutive win. LouCity (8-3-2) has now gone unbeaten in seven of its eight matches since last matching up with Atlanta United 2 in a 1-0 defeat on June 6.

If the first half tested City's determination in attack, it also displayed the lessons learned from last weekend's disappointing 3-2 loss at FC Tulsa. Similar to Wednesday's win over OKC Energy, LouCity on Saturday defended well as a group, forcing numerous errors with its high press and handling the small handful of chances Atlanta mustered.

After 54 minutes, Napo Matsoso broke through the right side by tucking a neat finish into the back post side netting after a nicely crafted sequence by Tyler Gibson, Paolo DelPiccolo and Kyle Greig. Jimmy McLaughlin's hair-raising banger of a goal nine minutes later sealed the win.

Here's what we learned under the lights at Lynn Family Stadium.

Jimmy McLaughlin can hit one

The new signing does a lot of little things well. He reads the game. He comfortably sits deep on the flanks when LouCity's attacking fullbacks get farther up the pitch. He stretches defenses by keeping his position wide. He can play on either wing. He provides good service with his crosses, and he helps out defensively.

Against Atlanta United 2, McLaughlin also showed he can cut inside and rocket a shot. His right-footed laser has to be the USL Championship goal of the week, giving coach Danny Cruz a sign of how comfortable McLaughlin has become in Louisville.

The team goals are flowing

LouCity has produced a number of beautifully worked goals this season with smart dribbling, sharp passing and tidy finishing. That combination presented itself again on Saturday.

Gibson strided into a big pocket of space in front of him to the left of Atlanta United 2's goal, dribbling some 30 yards before playing a ball into DelPiccolo's feet just outside the area. The captain nudged on Gibson's pass with a quick touch to Greig, who finessed a perfectly weighted, swerving pass around a defender and into the path of Matsoso. The 26-year-old slotted home his second goal of the year, capping an incisive team move.

We know LouCity has plenty of talent capable of producing individual goals like McLaughlin's strike, but the group works well getting forward together, too. It's also no coincidence that the two best team goals of the season ended with someone rewarding an excellent Matsoso run.

Mixing and matching lineups can work

No Jonathan Gomez, Corben Bone or Brian Ownby in the starting XI — no problem. The versatility in LouCity's team, especially among Matsoso, Niall McCabe and Wes Charpie, allows Cruz to work through numerous lineups and move players around to accommodate their teammates who might need a rest. LouCity looked confident with its reworked group in its third match in seven days.

Matsoso played the right attacking winger position to start the match before switching to central midfield later. McCabe once again looked sharp in central midfield. Charpie played outside back in place of Gomez, but he also showed his center back instincts by tucking inside on a few occasions and shoring up LouCity's defensive line when needed.

Villyan Bijev's long-range effort on Wednesday night aside, Lou City's defensive efforts significantly tightened after the Tulsa loss. But the work came across the board, not just along the back line, and led to Chris Hubbard's fourth clean sheet.

The high press wreaked havoc on Atlanta United 2, almost turning a handful of turnovers in dangerous spaces into goals. If Atlanta broke the press or bypassed it, LouCity clogged up the midfield with industrious work by Gibson and got bodies quickly behind the ball when Atlanta United 2 tried quick-flowing moves. Joshua Wynder, the 16-year-old center back making his first professional start, admirably filled in, growing into the game as it progressed.