Motivated forward Thiam brings 'a lot of potential' into 2021

He played little last year after an electric preseason and is itching for another chance. 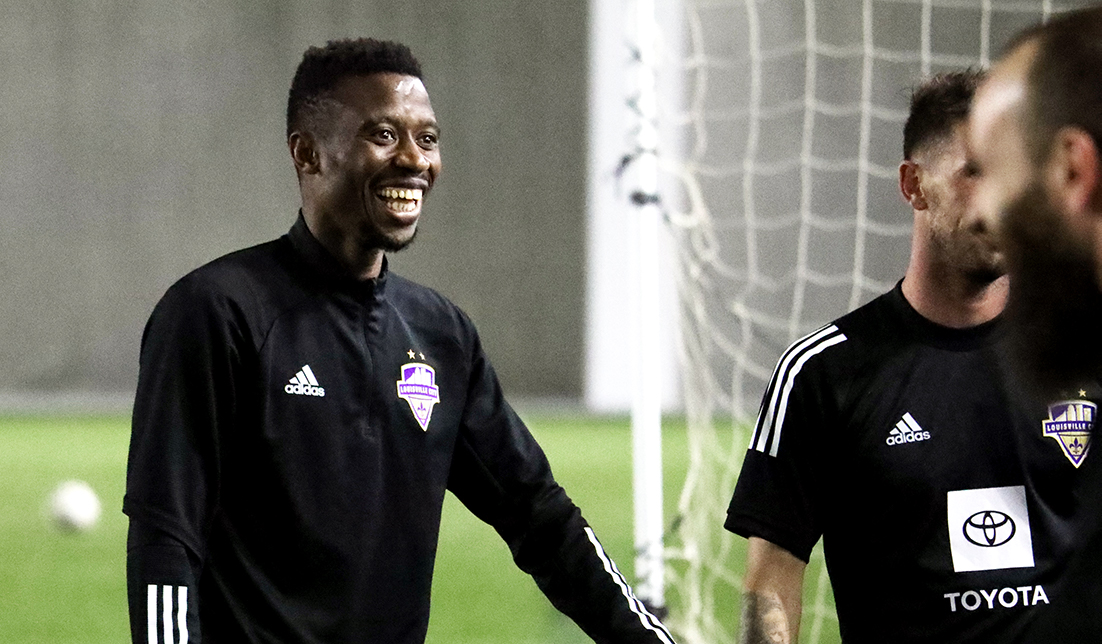 When Abdou Thiam took a transcontinental leap in his teenage years, accepting a soccer scholarship to the University of Connecticut, the Senegalese forward did so not knowing a bit of English.

His first couple of months in the United States were especially difficult. Thiam found it one thing to translate a new language in the classroom but another to do so comfortably in social situations.

The decision to move eventually did lead to unanimous first team all-conference honors at UConn as well as a contract with Louisville City FC. Visits home, however, remain rare, with Thiam returning to West Africa this past offseason for the first time in three years.

“Mentally, it’s going to help me this season,” he said. “Sometimes you forget where you come from. Going back, I learned a lot about how life is and how lucky I am to be here right now.”

That is all to say what Thiam endured in 2020 — with a scintillating preseason followed by little playing time after the COVID-19 pandemic both interrupted and shortened the campaign — doesn’t rank too highly on the list of obstacles he has had to overcome.

The 29-year-old is simply happy to be back in purple on his new contract, still close to his other family.

It was an environment in which Thiam shined perhaps no brighter than the 2020 preseason, when he scored in five straight games and helped LouCity capture the Wasatch Winter Cup, a four-team tournament hosted by Major League Soccer’s Real Salt Lake.

The ramp up to the regular season, as with just about everything else, came to a halt weeks later due to the pandemic. LouCity also augmented its striker depth chart when former USL Golden Boot winner Cameron Lancaster came in on loan, complementing veteran forward Luke Spencer.

Thiam went on to tally totals of seven shots taken in six appearances without a goal during the USL Championship season.

“What we really appreciated about Abdou was he never wavered in his commitment to showing up every day, training hard and being a good teammate,” Hackworth added. “We still believe that he has so much talent.

“Sometimes it's not the athlete’s fault for not getting on the field; in this case, he just had two really good players in front of him. Us bringing him back, we’re investing in him being the true No. 2 nine.”

So, yes, Thiam offers more than “one of the best smiles we’ve ever seen” — Hackworth’s words. He appeared both out wide on the wings and in behind the top of formations in 2020, carving out that limited playing time with an imaginative style.

Thiam doesn’t possess quite the power of Lancaster or the size to play with his back to the goal like Spencer, who retired from playing after the season. But those who saw Thiam appear in 26 games as a LouCity rookie in 2019 will remember how he tended to create offense when presented a chance.

“If you look at what happened last year when you have a player and at the end of the season he’s played so little but you decide to bring him back, that meant a lot to me,” Thiam said. “I was one of the guys who put energy on the field in practice and gave 100%. This is going to give me more motivation, because they know what I can do for the team, or they never would have signed me again.”

“We looked at his body of work overall,” Hackworth added. “If we give him more chances like that, he’ll be more successful. We as a staff feel like there was a lot of potential we didn’t tap into last year. It’s going to be a really good opportunity this coming season.”