The shifty stat stuffer will stay in purple beyond 2021 thanks to the contract. 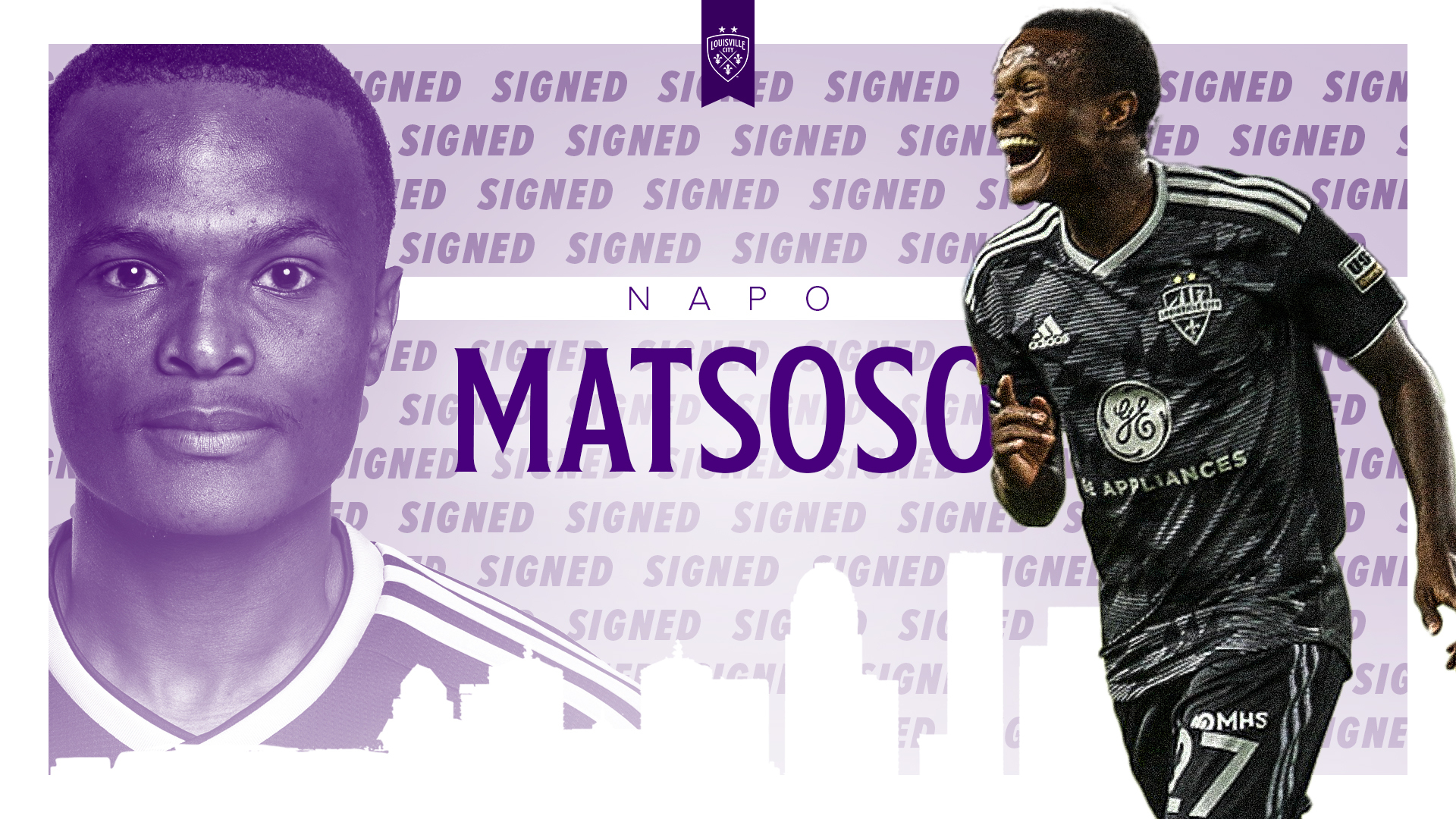 Napo Matsoso, already set to return to Louisville City FC’s midfield, will remain there beyond the 2021 season having agreed to a new multi-year contract with the club, it was announced Monday.

The deal retains a club veteran with deep ties to Louisville. Matsoso attended St. Francis School upon moving from his native Lesotho, then starred at the University of Kentucky before his pro career took off with LouCity.

A short but shifty player at 5-foot-6, Matsoso is coming off a high-impact campaign having switched mid-season from the central midfield to a winger’s role. His position change coincided with the start of LouCity’s 13-game unbeaten streak that led the boys in purple back to the USL Championship’s Eastern Conference Final.

“We are happy that Napo has agreed to this new deal that will keep him in purple for the foreseeable future,” said John Hackworth, head coach and sporting director. “He is such a good professional and person.  Napo’s character, mentality and energy epitomizes the type of player that thrives in our environment. We look forward to Napo’s continued growth for years to come.”

Matsoso, who started 11 games in 2020, ranked fourth on the team with three goals to go with his two assists. Each scoring contribution came once he moved to the wing.

The totals could have climbed further had Matsoso not suffered a high ankle sprain in a Sept. 16 win over rival Indy Eleven that kept him sidelined until the playoffs. Back healthy, Matsoso’s aiming to build upon his breakout season.

“It’s a privilege to continue with the best team in the league,” Matsoso said. “I’m thankful for the LouCity organization and coaching staff for giving me the opportunity to continue my career. I’m looking forward to another year with a great group of guys, and the 2021 season can’t come soon enough.”

Matsoso, who was selected 31st overall by the New England Revolution in the 2017 MLS SuperDraft, originally signed with LouCity in September of 2018 as the club barreled toward its second USL title.

He enjoyed a decorated college career at Kentucky, netting 18 goals — eight of them were game winners — and registering 20 assists in 73 appearances. As a senior, Matsoso received his third straight First-Team All-Conference USA honor and was named a Second Team All-American by coaches.

“Napo’s development over the last couple years has truly been a joy to watch,” said Danny Cruz, LouCity assistant coach and technical director. “He is an extremely valuable player that was playing some of his best football prior to his injury last season. We are happy that he has chosen to stay at Louisville City FC on a multi-year deal and look forward to his contributions as we push toward competing for more trophies.”

Matsoso is among 21 LouCity players on the club’s 2021 roster. Others closely connected to Louisville and area colleges include his fellow Kentucky alum, George Davis IV; Paolo DelPiccolo out of the University of Louisville; Trinity High School graduate Chris Hubbard; and Elijah Wynder, an Oldham County native signed from LouCity’s academy system.