Kernen: Takeaways from an unprecedented 2020 season

Here's what we learned from the recently concluded campaign. 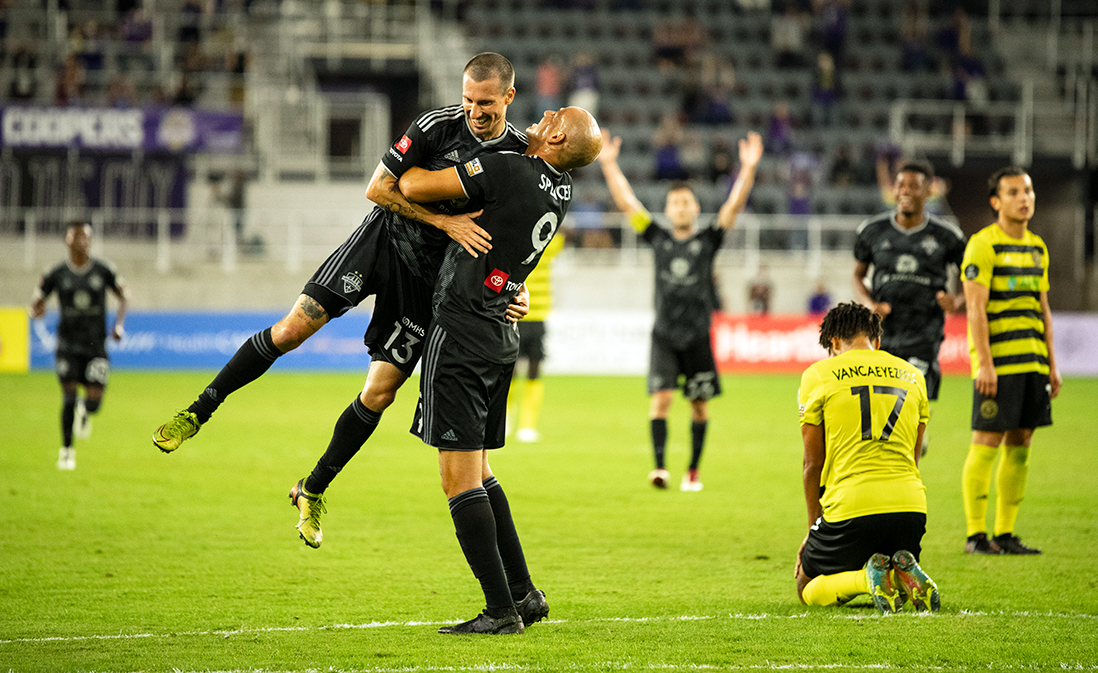 The offseason has arrived a week too early for those accustomed to staging the USL Championship Final in Louisville, but we are here on the heels of Saturday’s 2-1 playoff loss to the Tampa Bay Rowdies.

Before we get into the silly season of new signings and forecasting next year’s roster, we have to consider the Louisville City FC season we all just witnessed. Tactics aside, here are some of the biggest takeaways for me from the 2020 campaign.

The season happened at all

It is fair to say that we all won something when the USL implemented a return to play plan after the season went on an unscheduled hiatus. With the protocols established by the league, LouCity had zero positive tests for COVID-19 this season. None. This, under a plan that had games in home markets and with fans — not a bubble like the NBA or with the financial resources of the NFL. That may be the most remarkable accomplishment of the entire season.

There were other changes to consider, too. With Louisville being a focal point for social unrest, players acknowledged and joined in solidarity of the movement. The front office likewise established its Diversity, Inclusion and Opportunity Committee. Together, they’re walking the walk.

Fans also became Honorary Owners when they put their faith in this club. Thousands were willing to forgo their season tickets in order to help this team. In the end, their faith was rewarded with a large slate of home games, and the club got to have some of its most loyal fans on hand for a special season.

The team turned itself around

When Louisville City sat at the bottom of the table at the end of July, questions were starting to be asked. Things were not clicking on the pitch, for any number of reasons, and some seemed to write off the season.

This team did not. Throughout the struggle in form, the response remained the same: The team believed in itself and its ability. Players showed it in their eight-win, 13-game unbeaten game streak that followed. They dominated the likes of Indy Eleven and Pittsburgh Riverhounds SC and dispatched Saint Louis FC in an emotional final Kings’ Cup matchup. The boys in purple won their group, by far the trickiest collection of teams in the Eastern Conference. More than that, they amassed the most points in the East. There is not any hardware to show for it, but that should not be forgotten here.

The way LouCity did it was impressive as well. Unfortunately, it was not possible to report on this team on a day-to-day basis as I have in the past, but it was easy to see and feel the steady hand on the wheel. John Hackworth is not the kind of coach to overreact or overcompensate, and he steadily added elements to this City team as the year went on, knowing that his team would come around. The trust between himself and the players is remarkable.

It certainly was not the inaugural season that anybody the new digs deserved, but consider the entire 2020 as a ‘cold open’ for Lynn Family Stadium, the home of LouCity and NWSL expansion franchise Racing Louisville FC. We had a taste of how loud it could potentially get and were left wanting more. Nobody knows if 2021 will kick off with a full crowd allowed in, but LouCity and Racing will be the hottest ticket in town when they are.

Lynn Family Stadium is more than just a place to call our own, though. Lots of teams have bland, uncovered, prefabricated bleacher stadiums that could be situated anywhere. We have a thoughtfully designed stadium with roof, bespoke features, and a game day experience that will only get better with more fans in attendance. It is a part of the Louisville skyline now. On top of Racing and City games, the facility is already slated to host an NCAA College Cup, and concerts should follow that Louisville on the map as a soccer town. When the day comes that we can pack Lynn Family Stadium, the place will come alive, you can already see the signs of it. It already shakes during big moments for City, even at 30% capacity.

Beyond the stadium, the organization has another new place to call home. With both artificial and grass pitches for the first teams, plus the academy teams playing in the same place, a new training facility at Champions Park shows the solidification of lots of hard work from a dedicated group of people that will provide a pipeline of talent to the senior teams, and give a stage for kids playing soccer in the local area. It was a massive step forward and proves to everyone that this organization is not here to just field a team, not here just to sell tickets, not here to just give you an entertainment option on every other Saturday night. They are here to represent Louisville, and they’re putting down some deep roots in order to do that.

Some say that LouCity fans are “spoiled” by the scale of the club’s success, I say they are “conditioned” to expect great things out of the organization. Semantics aside, the expectation on the part of the players was brought into sharp relief in the immediate scenes after the playoff loss on Saturday night. Some were moved to tears and some were contemplating the moment. But none were satisfied after making a sixth straight conference final.

“For us, the standard is not to end the season this weekend. The standard is to win the last game of the year, and we haven’t done that,” said midfielder and team captain Paolo DelPiccolo. “It hurts. It’s very disappointing. What can I say? It’s going to sting for a long time.”

That is the other side of the coin when your club has as much success as this one has earned. It is not a fluke that we are here, as from top to bottom the club leads the way in many aspects of the USL. Ultimately it is felt that failing to win the title is unacceptable by some.

It is not up to me to deem 2020 a success or failure, but the expectation is set from the ownership to the fanbase that this club wins. Although the boys in purple did not add a star to their crest, I still can feel good about the waves this team has made.

And so that’s a wrap on 2020. I hope LouCity was a good escape for you during a turbulent year as it was for me. While there will certainly be some changes over the offseason, I hope we all take some good memories from this year. Next year will bring a new look, a new team, and a new challenge to get back to winning silverware. I can’t wait.