Takeaways: LouCity's locker room sure to 'appreciate these days'

The boys in purple will play in a sixth straight Eastern Conference Final on Saturday. 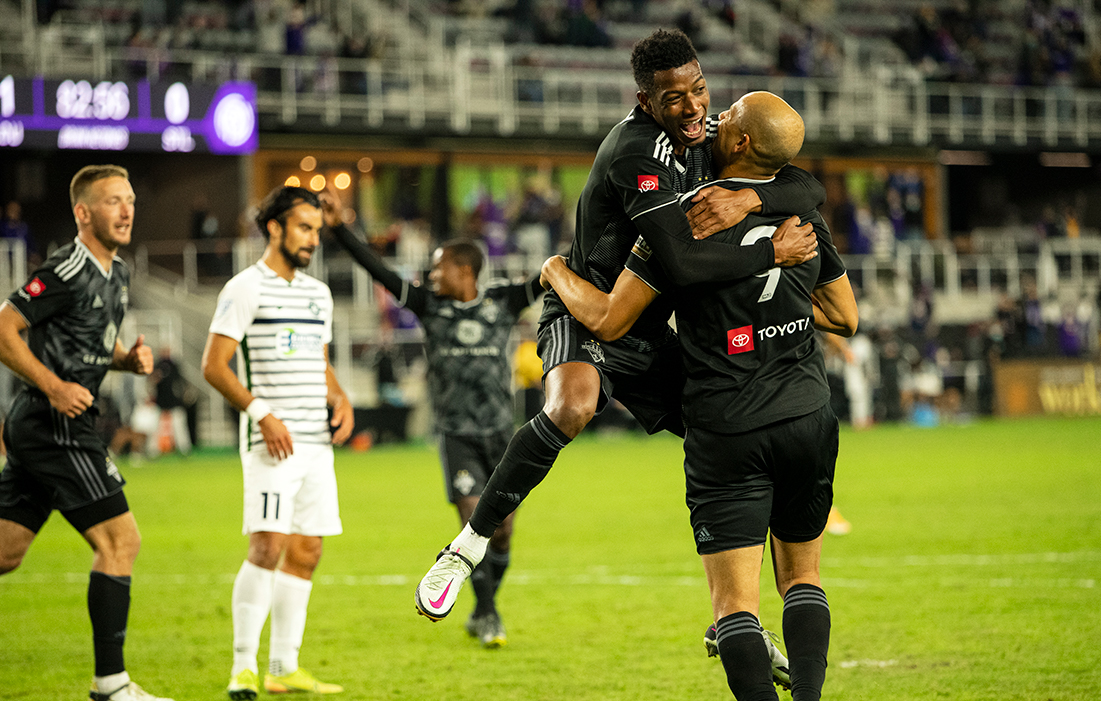 For Louisville City FC head coach John Hackworth, reaching another Eastern Conference Final is an expectation. But that hasn’t diminished just how special Saturday’s game against the Tampa Bay Rowdies will be.

“You can never take that for granted,” said Hackworth, whose club has made it to the league’s national semifinal six straight seasons, when speaking to reporters to open the week. “You have to appreciate these days and know that when you get down to a final four it’s special.”

And he’s right: Consecutive trips to the conference final is impressive. This year, it comes as part of streaks measuring eight (winning) and 13 (unbeaten) games.

Also not lost on LouCity’s locker room is how important Saturday’s game is to its community. In a year of headlines dominated by a pandemic and social unrest, Hackworth said his team has a chance to uplift Louisville.

“I would tell you that the first thought that I had when I woke up this morning was how grateful I was that I get to come to work again,” the coach said. “It’s been a tough year for all of us and for us to be a little ray of sunlight for our community, or some hope and something to smile about, I think that’s been important for us.”

In a normal year, a postseason matchup wouldn’t have marked the first meeting between LouCity and Tampa Bay.

But due to the USL’s shortened and regionalized schedule for 2020, LouCity has played a bulk of its matches against the same three opponents: Indy Eleven, Sporting KC II and Saint Louis FC. A blessing in disguise, however, is that many of those teams play a similar 3-5-2 formation to Tampa Bay, including last weekend’s opponent, Saint Louis FC.

“Looking back at our game on Saturday, I would be critical of the way that we managed that,” Hackworth said. “We made it to back and forth and there was too much transition where we should’ve controlled more of the possession. That’s something that we’ll look to do against Tampa and Tampa I’m sure will come here and try to press us to take away those opportunities.”

Hackworth also pointed out that on paper, these are the two sides that should be meeting in the Eastern Conference Finals. LouCity finished the regular season with 35 points, two better than Tampa Bay, with both clubs winning their groups.

“If you look at it, we won the east and Tampa was second, so it’s the two teams statistically that should be in the Eastern Conference Final,” Hackworth said.

It’s absolutely no secret Cameron Lancaster is one of the biggest offensive threats in the entire USL, currently leading in the league in shots (57), ranking third in goals (12) and a boasting a 2018 golden boot to prove it.

LouCity fans rejoiced on Saturday night when their leading-scorer played a cross from Antoine Hoppenot off his chest and onto his right foot for the winning goal – his 12th of the season - in just the 18th minute of a conference semifinal against Saint Louis.

“It’s what he’s supposed to do, it’s what he’s always done, and it’s what we expect from him,” Hackworth said. “If we can put Cam in those spots, he is so good.”

Yes, Lancaster’s coach has nothing but praise to offer for his star forward.

“I’ve said it before that I think he is the best goal scorer in this league hands down and that’s what he does,” Hackworth added. “I’ve been blessed to coach incredible players in my career, and I haven’t come across a better pure goal scorer than Cam.”

On the defensive attack…

All season, LouCity’s defense has been formidable for its opponents. Vital to that unit’s success is four-year LouCity veteran Sean Totsch.

Leading the team in most every defensive category, Totsch is a fixture on LouCity’s defensive line and has come a long way as player since the beginning of the season.

“He is maturing as a player right now with making better decisions and keeping things a little bit simpler,” Hackworth said. “He always has a knack at making the big play and winning the critical moment.”

Another large reason for Tostch’s – and LouCity’s entire defense – success is the work all of them have put in being a stronger unit together.