Preview: What to watch for with LouCity vs. Saint Louis FC

The Kings' Cup rivals will meet for the last time at 7:30 p.m. Saturday. 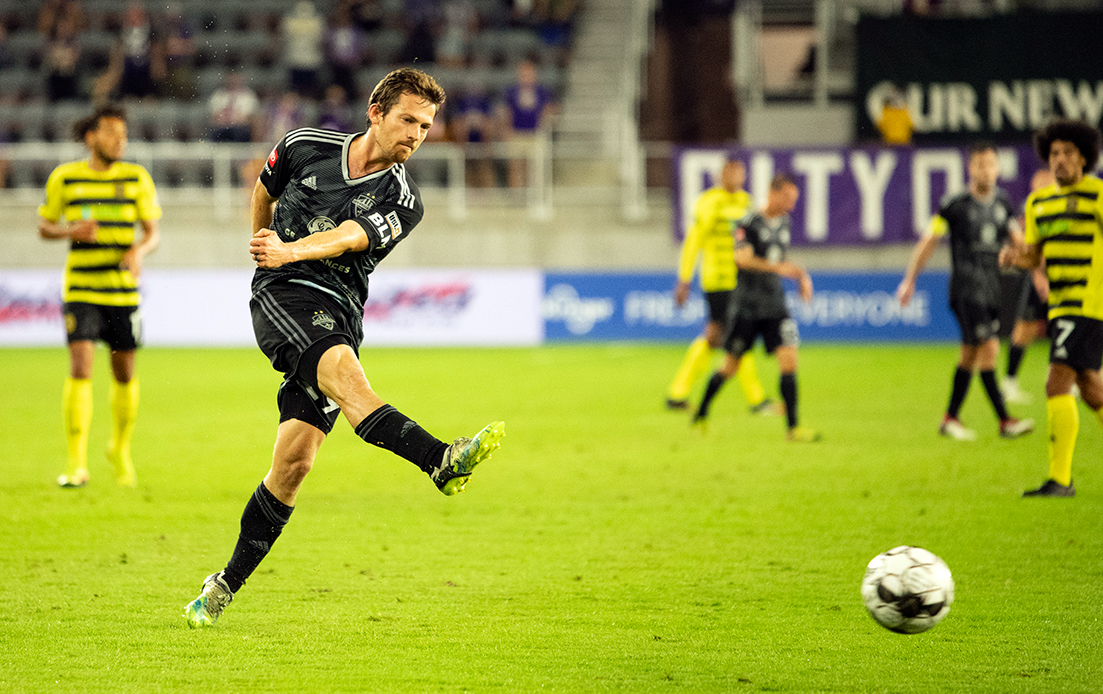 Back in March of 2015, Louisville City FC and Saint Louis FC started their rivalry in what was both clubs’ inaugural game. Now they’ll finish the series Saturday on a much larger stage.

In the fifth meeting between them during this abbreviated season, LouCity will host Saint Louis FC for a 7:30 p.m. kickoff in a USL Championship Eastern Conference Semifinal.

This weekend at Lynn Family Stadium, the boys in purple are seeking to add to a quickly established reputation for postseason success. With a win, they’d advance to a sixth straight Eastern Conference Final having never fallen short of the league’s national final four. They’ve also appeared in three straight USL Cup Finals. And in both 2017 and 2018, LouCity added stars above its crest as the league’s champion.

Saint Louis FC, meanwhile, is hoping to survive. The club has somewhat improbably extended what will be its last season before folding as Major League Soccer soon enters the market.

A 3-0 score outlier aside, prior matchups between these two were close in 2020. There was a 1-0 home defeat on July 18, marking the first Saint Louis FC victory in Louisville. On Aug. 29, the sides played to a draw in Fenton, Mo. And on Sept. 26, LouCity walked away with a 1-0 victory in a tightly played contest.

That most-recent meeting both locked up a No. 1 playoff seed for LouCity while securing the final Kings’ Cup regular-season series for the boys in purple. It also meant Saint Louis FC needed a little bit of luck along with a win in its season finale to make the playoffs at all. Both results fell that way, and Saint Louis FC upset top-seeded Hartford Athletic to open the playoffs to tee up this rematch.

LouCity defeated highly rated Pittsburgh Riverhounds SC last Saturday in a round of 16 postseason game. In the process, the club greatly increased its chances of raising a third USL Cup in four years. According to FiveThirtyEight.com, the boys in purple have a 26% chance of winning the final, three points better than next-best Phoenix Rising SC, a Western Conference club on the other side of the bracket.

But it will first take advancing past what has been a pesky foe this season for LouCity to continue adding to its trophy collection.

“I have a lot of respect for Steve Trittschuh, their head coach, and he’s done the same thing to us with different formations and different nuances. There is only so much you can throw at each other. I’ve never played a team five times in one season, and I doubt that has ever happened to him as well. We’ve seen everything that we have to give right now and we’re just going to have to play this straight up.

“I heard him give an interview where he said that he’s found their best 11 and the best way that they’re going to play. I believe that we have, too, and then it’s about us going head to head and seeing how we have to execute. That doesn’t mean each of us won’t throw little wrinkles and nuances at each other, but in terms of personnel, formation, and generally principles that we have seen each other enough that way.”

LouCity: There’s little mystery left between these two clubs. Which LouCity right winger Saint Louis has to prepare for — Brian Ownby or Napo Matsoso — could present a surprise. Matsoso returned to the pitch as a sub last weekend having missed the end of the regular season with a high ankle sprain. His move from the central midfield to the top of the attack coincided with a turning point to the season, with Matsoso going on to total three goals and two assists.

Saint Louis: Last time LouCity played Saint Louis FC, a Devon “Speedy” Williams header at the back post made the difference in that 1-0 game. Would Williams have been unmarked on a corner with Sam Fink on the pitch? Fink missed that contest having been sent off a game prior, taking away from Saint Louis FC’s lineup a key defender. Fink leads his side with 66 clearances on the year and completes, on average, more than 90 percent of his passes.

Sizable streaks: USL play-by-play voice Mike Watts unearthed a statistic telling of LouCity’s turnaround from a 1-3 record upon the USL’s restart. Since Aug. 1, the boys in purple are 12 games unbeaten, and they’ve won seven straight games since Sept. 1. Both runs, per Watts, are the longest pieced together at any point this year by a professional soccer team in the United States, counting MLS, the NWSL and other tiers of the USL.

Up next: Should LouCity advance, it would host the winner of a 7 p.m. Saturday meeting between the Rowdies and Charleston Battery, both out of Group H. Similar to Group E’s LouCity and Saint Louis FC, which both eliminated Group F foes to start the playoffs, Tampa Bay and Charleston wiped Group G from the bracket after finishing 1-2, respectively, in their pod for the regular season.

Home advantage: A turnaround in LouCity’s form has happened mostly at its new Lynn Family Stadium, where coach John Hackworth has commented that his side “learned how to play” midway through the season. The home winning streak stands at seven games with LouCity outscoring opponents over that span 18-3. Attendance has been capped at 4,900 — about 30% capacity — but still enough for purple-clad supporters to bring the noise.

Cam’s the man: Earlier this season, striker Cameron Lancaster became the most efficient player in league history to reach 50 goals, hitting the back of the net every 114.8 minutes on the pitch. He hasn’t slowed down, bagging six goals in as many games, including last weekend’s game winner over Pittsburgh. Lancaster, here on loan from Nashville SC, has scored 12 goals in all in 2020 across all competitions.

Staying clean: It’s a product of LouCity’s defense that Ben Lundt leads the USL in clean sheets with eight, adding another in the Pittsburgh win. But the FC Cincinnati loanee has come up plenty big when asked. He stopped a 13th-minute attack by the Riverhounds that went down as their only shot on goal. Minutes later, the boys in purple took a lead they never relinquished.

Bone’s in the zone: Second on LouCity’s team with six goals on the season, Corben Bone’s also rising up league charts since netting his first shot of the year back on Aug. 19. The former MLS midfielder used a fortuitous bounce to notch LouCity’s second goal against Pittsburgh. He also finished the regular season ranked fourth in the league with 37 chances to created in his first season in purple.