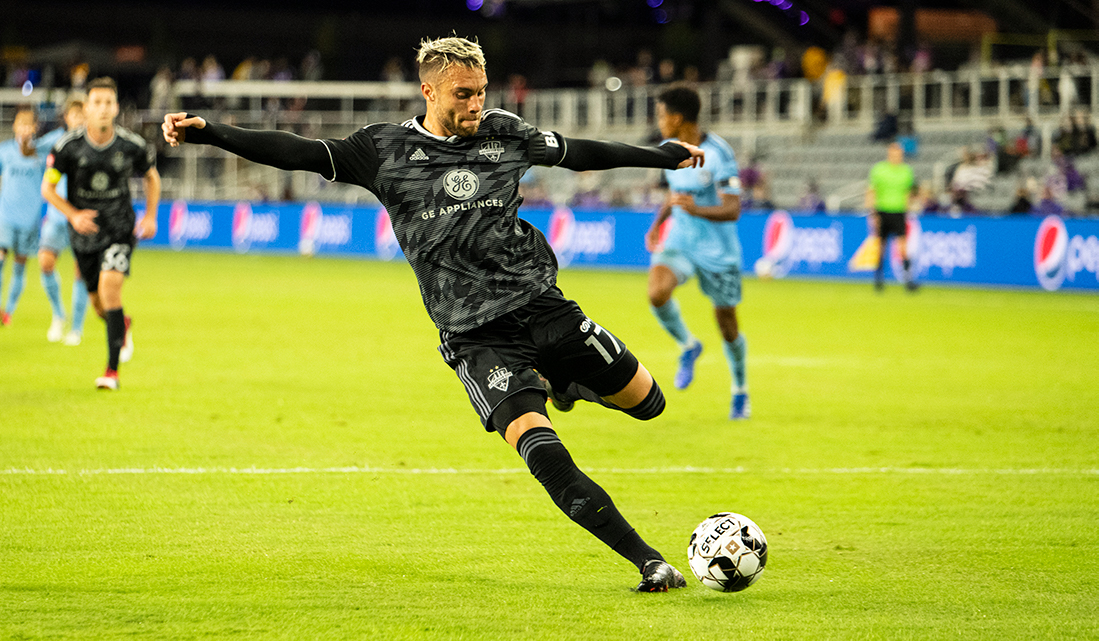 Before this year, Cameron Lancaster reminded Saturday, he had played roughly a half season for coach John Hackworth. But the Englishman hadn’t yet spent a full campaign within the system of play now used by Louisville City FC.

Hackworth succeeded James O’Connor midway through a 2018 season in which Lancaster raised a second USL Cup for LouCity and won the league’s Golden Boot award. After a year spent with Nashville SC, where he earned a Major League Soccer contract, Lancaster found himself back in Louisville for 2020 on loan.

While many of his teammates had the entirety 2019 to adjust to Hackworth’s coaching, it was still relatively new to Lancaster when the USL restarted play on July 12, and the forward’s contributions were marginal in a 3-1 loss to Pittsburgh Riverhounds SC

“It took a couple of games to get used to that,” Lancaster said. “Thankfully it has come to fruition and we’re playing with a lot of confidence.”

With Pittsburgh back in town Saturday for a first-round playoff game, Lanaster’s season came full circle. He bagged an early game-winning goal to mark his sixth scoring strike in as many games of another standout season.

Hackworth called it “Cam doing what Cam does well.”

“We brought him here to score goals, and that’s exactly what he does,” the coach added. “That was a wonderful strike.”

In the 17th minute, Lancaster redirected a cross from left back Oscar Jimenez out wide with seemingly no effort. For the first time, smoke billowed at Lynn Family Stadium during the playoffs.

“He went for two (goals) on almost the same (type of shot) but didn’t quite catch the second one,” Hackworth said, looking to a moment later in Saturday's game. “I’m happy for Cam. He gets the game winner in a huge game. You got to have some kind of special play like that to break a game like this open.

“It’s awfully nice to have the best goal scorer in the league on our team.”

Lancaster reached 50 USL goals as the regular season wound down, hitting the mark as arguably the most efficient forward in league history by netting a goal every 114.8 minutes. Next closest among those at 50 goals is Dane Kelly at 153.3 minutes per score.

Saturday’s tally marked Lancaster's 12th this year across the regular season and playoffs, putting a target squarely on his back for opposing defenses.

Lancaster has scored in a multitude of ways, from free kicks at distance to powerful, precise strikes inside the 18-yard box. It’s the variety of goal he produced Saturday, however, that sets the 27-year-old apart with talent beyond his peers.

“I think it’s spur of the moment. It’s muscle memory, almost," Lancaster said. "You go over different finishes in training and then you come out here. If you train well, it comes off.”