The boys in purple have the No. 1 seed. The rest, however, is yet to develop. 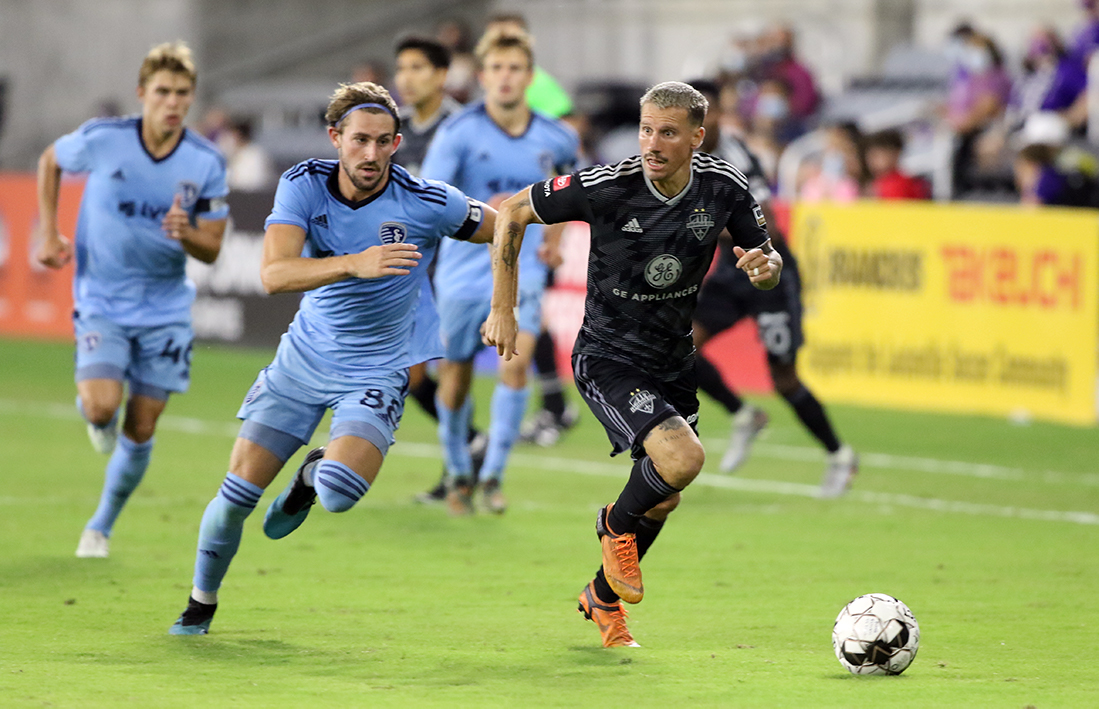 With one game to play in an abbreviated USL Championship season, Louisville City FC has solidified its position in the postseason bracket as Group E’s No. 1 seed. But just about everything else revolving around the playoffs remains in flux.

LouCity will open the playoffs the weekend of Oct. 8-11 at Lynn Family Stadium. But who against?

The boys in purple will match up with Group F’s No. 2 seed, which could be either Pittsburgh Riverhounds SC (10-4-1, 31 points) or the Hartford Athletic (9-3-2, 29 points) pending this week’s results. Having chased Pittsburgh all season, Hartford actually controls its destiny given the Athletic have two games left to play. That’s thanks to a 1-0 victory last Saturday over the Riverhounds.

Pittsburgh defeated LouCity back on July 12 upon the USL restart. But after LouCity stumbled out of the gate to a 1-3 record, the club has reeled off 10 straight games unbeaten with five straight victories.

The winner of the Group E 1 vs. Group F 2 game meets the winner of Group F 1 vs. Group E 2 between Oct. 15-18. From LouCity’s pod, Indy Eleven (7-5-2, 32 points) is the more likely club to qualify for the playoffs given two opportunities to earn points this week. But Saint Louis FC (6-5-4, 22 points) is close if the Eleven stumbles, plus gets a head-to-head meeting in the season finale.

There’s a good chance, should LouCity advance out of the opening round of 16, that the club would also host a conference semifinal. The boys in purple (10-3-2, 32 points) welcome Sporting KC II — with four straight losses and no playoff hopes — to Lynn Family Stadium on Saturday with the opportunity to boost their points total to 35.

Hartford can make it to 35 as well, but goal differential is the USL’s first tiebreaker. LouCity owns a +11 edge in that category.

As for hosting a third playoff game — again, should the boys in purple continue advancing — record will continue to determine a home side in this round played Oct. 22-25.

Out of Group H, the Tampa Bay Rowdies have accumulated 33 points with a game to play, while the Charleston Battery have accumulated 27 points through 13 games. The Battery won’t get to 16 games complete because a group rival, Loudoun United, has elected to forfeit its remaining games due to COVID-19 complications; in this side's case, points earned per game are key, and LouCity’s trending just ahead of Charleston (2.13 PPG to 2.08 PPG).

Aside from Tampa Bay and Charleston, no others exiting Group G or H can match LouCity’s record.

Set for Sunday, Nov. 1, this game pitting winners of the East and West sides of the bracket will be played for the first time to an ESPN audience (recent editions aired on ESPN2 and ESPNU). Kickoff is set for 8:30 p.m. ET.

LouCity is vying to reach its fourth straight final after winning the cup in 2017 and 2018, then finishing as the league’s runner up in 2019. No club has won three USL titles in the playoff era.

With plenty still to develop, bookmark this link to keep up with the USL standings during a busy final week. 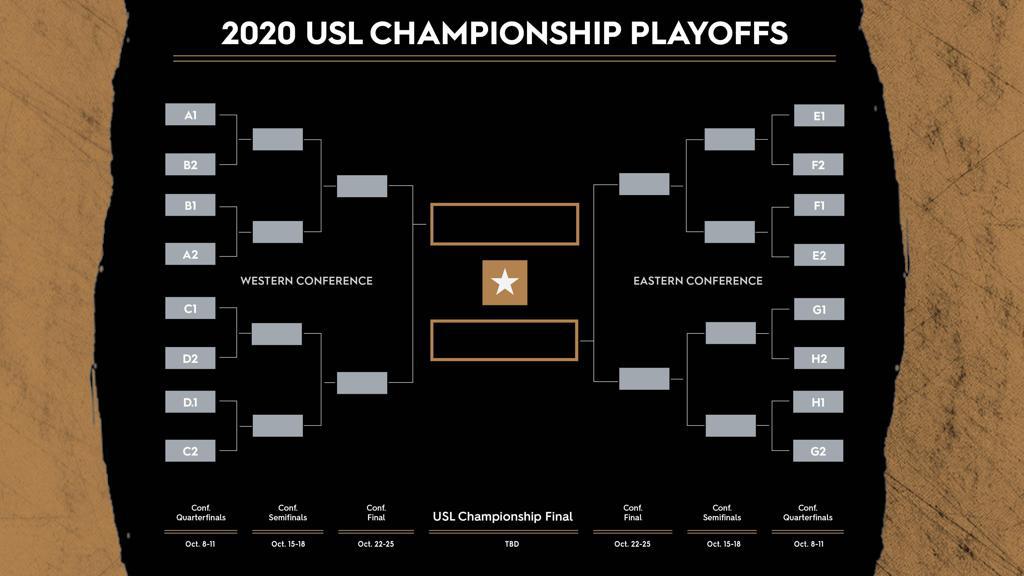