Preview: What to watch for with LouCity vs. Loudoun United FC

The boys in purple host a rare non-Group E game at 8 p.m. Saturday.. 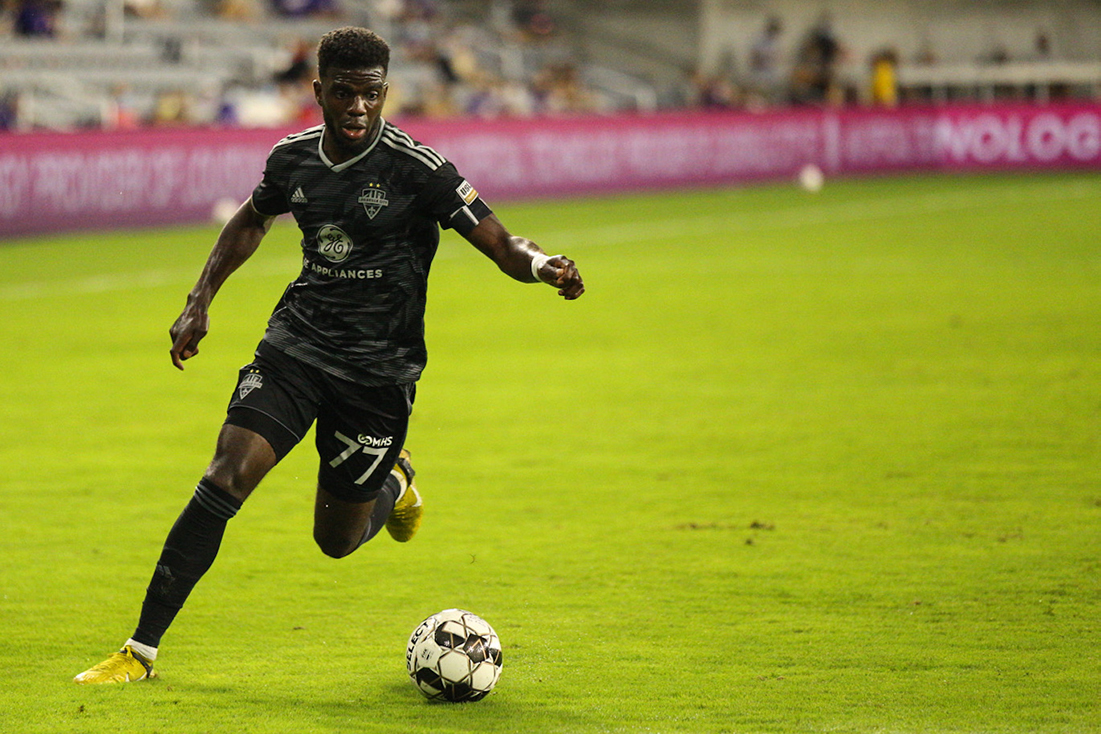 The boys in purple rank second in the USL Championship in shots taken with 103 and fifth in the league with 2,922 passes attempted. Clearly, opportunities are there.

But having netted five goals in six games, that’s a 6% scoring conversion rate, 33rd-best of 35 teams in the league. So LouCity’s still looking to take advantage of all it is creating.

Meanwhile, opponents have capitalized well on the 46 shots taken against LouCity, converting at a 15% clip.

The boys in purple had some extra time to hone their striking this week, as LouCity was scheduled to play Sporting KC II on Wednesday. But a positive COVID-19 test for a covered member of SKC II's organization forced postponement.

It's on to Saturday now and a rare matchup outside of  USL Championship "Group E" play. Loudoun United FC notched its first victory of the season with a 2-1 decision Wednesday at New York Red Bulls II after an early red card put the visitors up a man most of the way.

A victory over Loudoun would mean three points toward LouCity's playoff chase. In Group E, they’re all trying to catch Indy Eleven (5-2-1, 16 points), who played LouCity to a 1-1 draw last Saturday. Saint Louis FC (3-3-1, 10 points) is without a win in its last three games but remains second. Sporting KC II  and LouCity both enter the weekend 2-3-1 with 7 points.

The top-two Group E finishers going to the playoffs in October at the end of a 16-game season.

"We're not anywhere close to where we want to be. That's the reality. But that's in results. There's so many parts about how we're playing and the level we're playing in that are satisfying. That doesn't get you any brownie points when you're not getting the results. It certainly isn't what the fans expect or need. It's not what this club is about, so we have a lot of work to do in that regard."

LouCity: Losses in LouCity’s attacking midfield led Napo Matsoso to a new role in the Indy Eleven game, when he shifted to the right wing. Matsoso’s third-minute cross to Devon “Speedy” Williams marked his first assist of the season, and the native of Lesotho continued to push the attach from there, pacing LouCity with three of what Opta statistics termed “good” crosses. Matsoso figures to see more time up top having completed 77.7% of his passes in Indy’s half.

Loudoun United FC: Kairou Amoustapha, a Niger international, registered his first assist Wednesday in what was just his second game with Loudon. Working on the wing, he has shown a knack for winning aerial battles while playing aggressively, also conceding three fouls against Red Bulls II. The 19-year-old boasts starting experience with his home country's side in the FIFA U-17 World Cup in 2017, tallying three goals and an assists in 406 minutes of international play.

On the WMYO (My TV)/ESPN+ streaming call: Spencer Siegel (play by play) and Eric Dobrzanski (color).

The scoring load: LouCity has registered five goals in six games split between two players. Forward Cameron Lancaster has scored three, while midfielder Devon “Speedy” Williams accounts for two. Williams headed in an early cross Saturday to give LouCity an early 1-0 lead over Indy Eleven before the clubs played to a draw. The Jamaican international also scored the first goal in Lynn Family Stadium history going back to a July 12 matchup with Pittsburgh Riverhounds SC.

A few firsts: Last Saturday’s Indy Eleven meant new ground in 2020 for the boys in purple. They previously hadn’t played an opponent to a draw, nor had they carried a lead into halftime. Williams’ third-minute score — tapped in after midfielder Napo Matsoso secured possession on a sliding challenge — was also the earliest LouCity has scored a goal in a game this season.

Johnson sees the field: Forward Jason Johnson, another Jamaican who most recently suited up for the Western Conference’s Phoenix Rising, checked in Saturday for a LouCity debut. His 19 minutes off the bench marked his first action since an injury-riddled 2019 campaign. But two seasons ago, he tallied nine goals, including a soaring scissor kick that won USL Goal of the Month for June of 2018.

The right side of history: In 2019, coach John Hackworth’s first full season leading LouCity, the boys in purple also limped into August, fighting for a playoff spot off consecutive losses to end July. Can they similarly turn things around in 2020? August 2019 began a 10-game unbeaten streak for the club, which earned points in 12 of its final 13 games. That sparked a run back to LouCity’s third straight USL Championship Final appearance.

JoGo gets a start: Youth international Jonathan Gomez, who has represented both the United States and Mexico, logged 26 minutes across his first two LouCity appearances upon the USL’s restart. The 16-year-old left back then found his way into a starting role on July 29, the last time Sporting KC II visited. Gomez was unable to clear a ball into the box leading to the visitors’ initial goal but was otherwise solid in his first start on a professional contract, completing 90% of his passes from the left back spot.

Minus Magnus: LouCity and its leading scorer from last season, midfielder Magnus Rasmussen, agreed effective July 31 to terminate their contract. Rasmussen and his wife, Camilla, last month welcomed new daughter Olivia to their family in Denmark, where he will remain amid the COVID-19 pandemic. LouCity’s technical staff plans to re-sign Rasmussen for 2021 after he poured in 13 regular-season goals and four more in the playoffs in 2019.

In the stands: LouCity’s attendance of 4,850 (about 30% of maximum capacity) in its first five games back have marked the highest number of people to attend team sporting events in the country since the COVID-19 pandemic put sports on pause. Club officials are following local government guidance and the Venue Shield plan devised by stadium operator ASM Global that calls for wearing masks in the building, physical distancing and temperature checks, among other measures to keep fans safe.