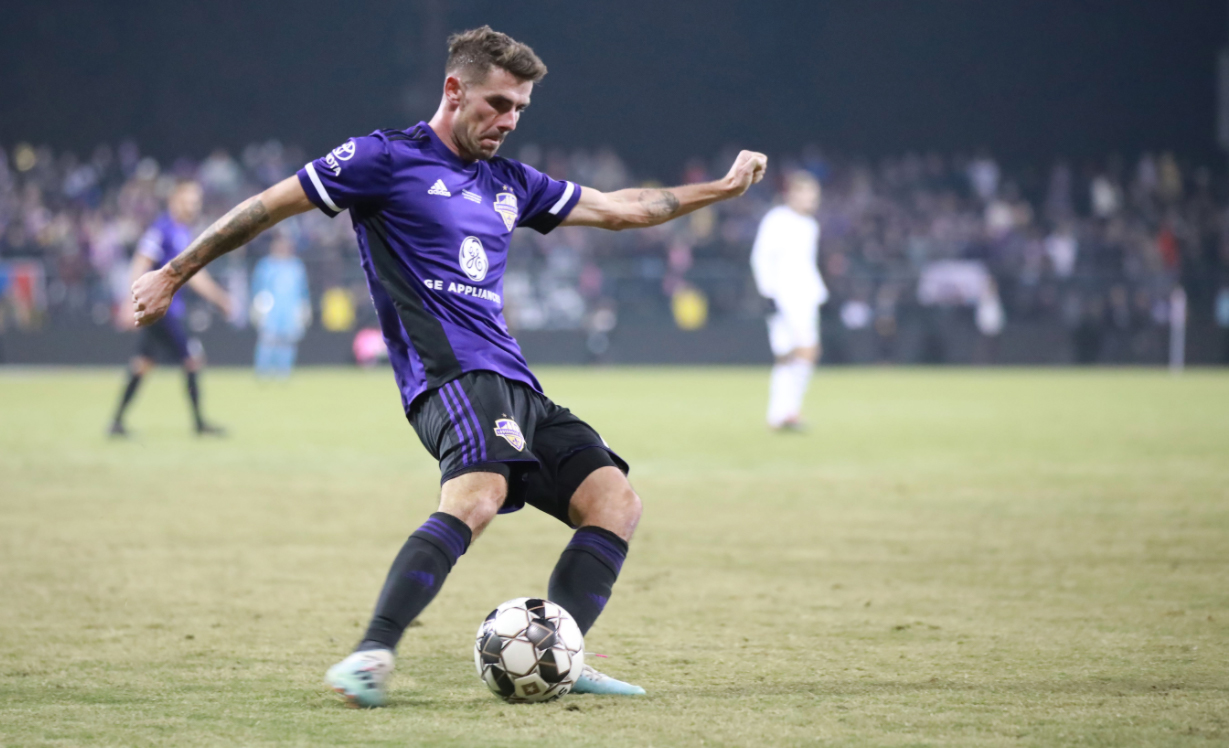 The return to play will be a special for all Louisville City FC players itching to open Lynn Family Stadium at 5 p.m. Sunday against Pittsburgh Riverhounds SC. But for Niall McCabe, the club’s only player from its inaugural 2015 season to have remained on the roster throughout LouCity’s history, there’s a different ring to it.

The attacking midfielder signed with LouCity at its beginning and has gone on to become a face of the franchise, taking part in five straight Eastern Conference Final appearances in addition to two USL titles in 2017 and 2018.

McCabe, who played a full 90 minutes in LouCity’s only other game this season, a 1-0 victory March 7 at North Carolina FC, recognizes what Sunday will mean in the bigger picture. With the backdrop of the stadium’s debut, an ESPN2 audience and supporters back in the stands, he’s also viewing the moment through a smaller lens.

“I’ve just been training hard, and I’m looking forward to it, really,” McCabe said. “It’s going to be the culmination of a lot of hard work by a lot of people, so for sure it will be a special time. It’s important for us to make sure we win and make it memorable.”

McCabe, a model of consistency in the LouCity lineup, logged just short of 3,000 minutes played in 2019, when he scored three goals and completed 75.6% of his passes, most of those in the opponent’s half of the pitch.

The 29-year-old Irishman’s turned his efforts to another challenge as of late: working through the COVID-19 pandemic.

“We’ve been pretty professional in how we’ve approached it in terms of not going anywhere unnecessary,” McCabe said. “The emphasis for us is really hammering home that now is probably the most important time to stay professional and limit what we’re doing.”

In the days leading up to their first home game, LouCity coach and sporting director John Hackworth has continued to emphasize the importance of this team’s experience. Consider McCabe, who arrived out of Georgia’s Young Harris College and settled in Louisville to start his family, the embodiment of that.

“I think, for Niall, this is just part of his path here at Louisville City,” Hackworth said. “He has seen it all. He’s done it all, and he is very proud of this moment, opening Lynn Family Stadium.”

And as for seeking out a win Sunday? McCabe sees himself, and his teammates, raising their games inside the new venue.

“I really think it’s just that kind of next level of professionalism," he said. "It’s a world-class facility, and when you’re in and around that environment, it kind of just gives you that extra feeling of this is what professional football should be like.”