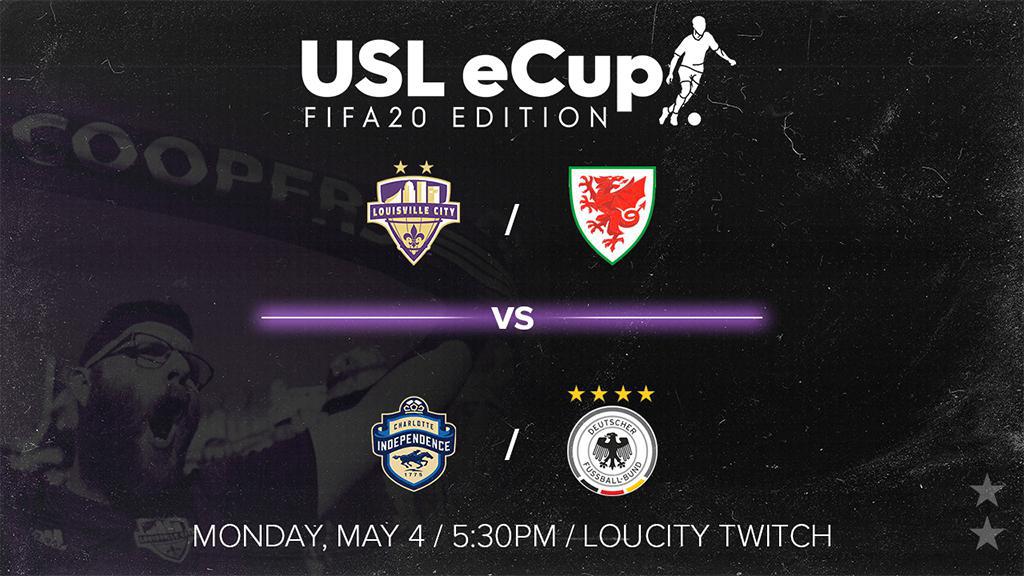 Louisville City Football Club will compete against 32 clubs across the USL Championship and USL League One in the United Soccer League eCup: FIFA20 Competition.  This will be the second Esports competition the league has hosted since March and will feature weekly bracket play and promotion and relegation across three divisions beginning May 4th at 5:30pm EST at twitch.tv/loucityfc/. The rest of the schedule can be found here.

“We know how much our fans and players enjoy competing in FIFA20 online,” said USL Senior Vice President of Digital Lizzie Seedhouse. “This format will see the cream rise to the top and ensure every game is crucial as teams get the chance to take aim at the overall prize or earn their way to a higher tier of competition each week.”

Each of the 32 clubs from the Championship and League One will be randomly assigned a premier international squad to compete with throughout the tournament. They will then initially square off in Week 1, beginning on May 4, to earn the right to be placed in Division A, Division B or Division C, with an elimination bracket giving every team a chance to secure their place in the top division.

The competition with feature a 2v2 format and the LouCity team will consist of one Louisville City rostered player paired with a fan. Each club will roster an alternate player and fan to utilize through the competition. The players will be announced on May 1st.

“We are excited to have an opportunity to represent Louisville City and our fans in competition against our USL rivals. This should be a lot of fun for our players and fans over the next few weeks,” said Louisville City Vice President of Sales and Marketing Mitch Ried.

Every game of the USL eCup will be streamed live on Twitch, the world's leading live streaming platform for gamers, allowing fans to interact with teams and players throughout the action. Coverage will also be available on USLChampionship.com and USLLeagueOne.com following the teams and players throughout the event. This tournament is not affiliated with or sponsored by Electronic Arts Inc. or its licensors.

To learn more from the USL about the tournament, click here.