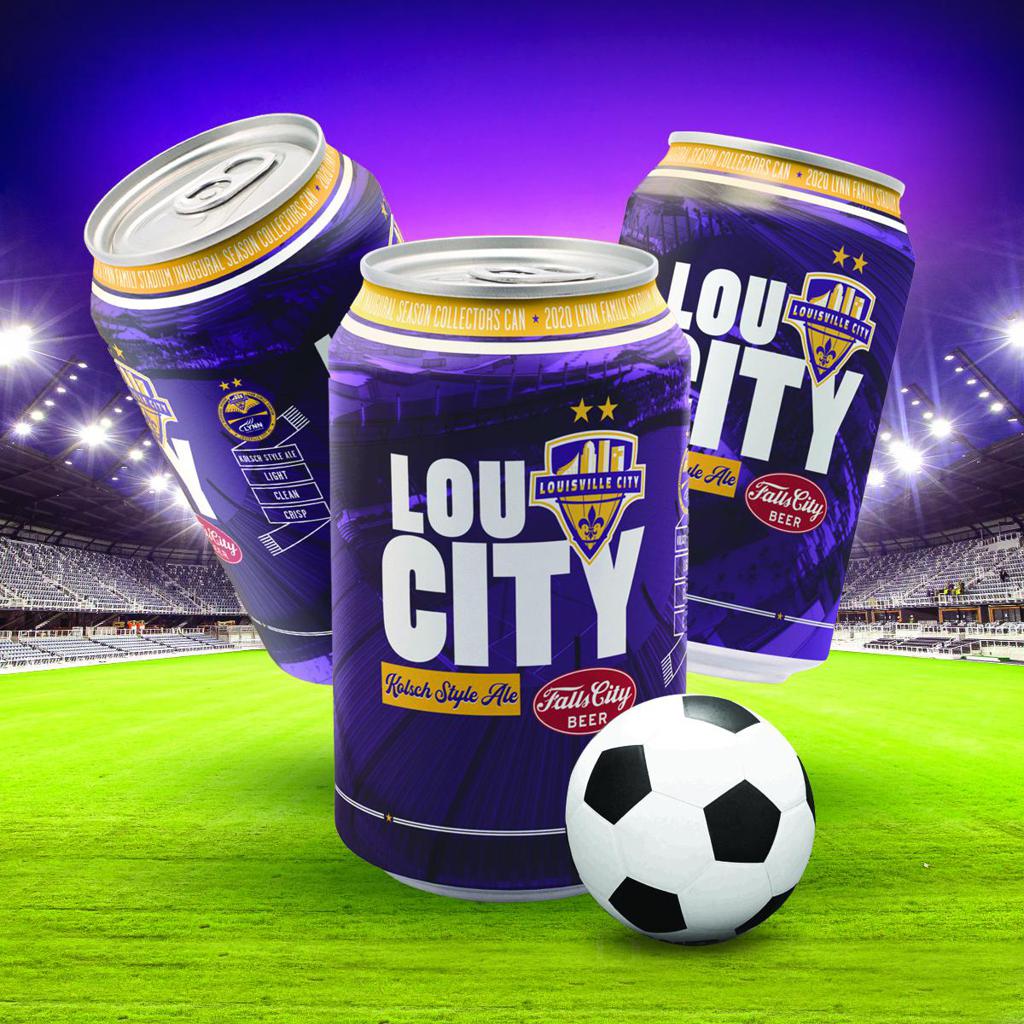 “With the excitement of the stadium opening this year, we decided it was time for a new beer in our collaboration with Lou City FC,” Falls City Brewing Co. General Manager Drew Johnson said. “Our new Lou City Kolsch is a crisp, easy-drinking beer that will be perfect all season long.”

The new Kolsch-style beer in commemorative 2020 Lynn Family Stadium cans will be available in six-packs to-go at the Falls City Taproom on Friday at 2 p.m. and will hit local grocery and liquor stores early next week. Falls City’s brewing experts describe the new brew as a light, crisp, refreshing beer at 5% ABV and just 18 IBU.

The new limited-edition cans are part of an ongoing partnership between Falls City Beer and Louisville City.

“We have been big fans of Falls City for years, and we love the spirit of continuous improvement,” Louisville City President Brad Estes said. “We believe our supporters are going to love the look of this year’s cans with Lynn Family Stadium on them.”

“We couldn’t be more excited about our ongoing partnership with Lou City,” Said Brian U’Sellis, Falls City Brewing Co. Marketing Director. “The buzz surrounding the new stadium is something we’re so honored to be a part of, both with the release of our new beer and with the opening of our shared corner bar in the new stadium.  We hope we’re all drinking a LouCity Kolsch and watching a game soon!”