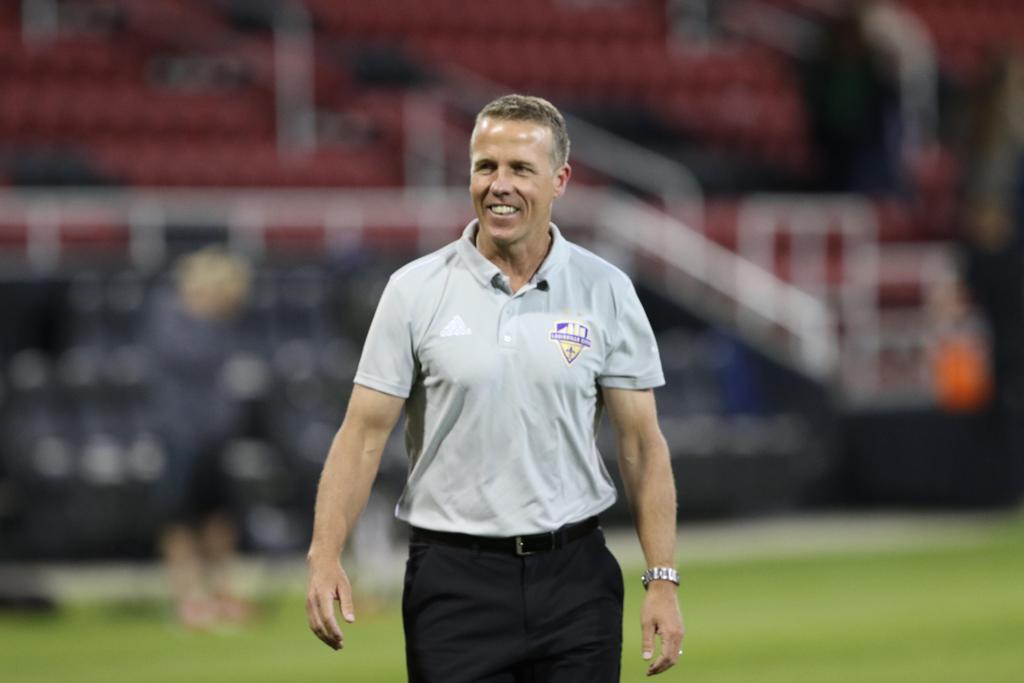 While the Louisville City FC players have been doing their part by social distancing, Louisville City FC coach John Hackworth has found technology to be an ally while keeping up with the players during this period of suspension in USL play.

“We have stayed connected through all the technology we have, and at the same time we are hopeful we can get back together and start training again,” Hackworth said on Soccer City Radio on 790 KRD Saturday. “April 5 is the earliest we would be able to get back together, but at the same time, we understand that date could change. We just want to make sure we are all staying as safe as possible, and hopefully, everyone out there is doing the same thing. I know it has been said a thousand times on radio and TV, but this is for all of us – we all need to practice this. If we all do it together, it will allow us to get back to work and get back to doing what we love so much sooner.”

Louisville City’s coach and Sporting Director said he is staying at home with his wife and son as the CDC has advised. He has been using calls and video conferencing to stay connected with staff and players.

“I’m just trying to have conversations with our players as much as we can to stay connected to them,” Hackworth said. “The players, for the most part, live in the same place. We have tried to reinforce all of our best practices of trying to make sure every player on our team is trying to stay as isolated as possible – having contact with a very small group of people, whether that is their immediate family or friends. And we recognize that even when we do get back together we will not be all the way over the whole hurdle. We will need to continue to practice social distancing as we continue to go through this.”

With the league suspended until at least May 10 and training forbidden until at least April 5, Hackworth, his technical staff and the players have been updating each other on workouts.

“I know the players are still working extremely hard on their own,” Hackworth said. “Our medical staff is making sure they are staying connected with our players in terms of what they are doing on a daily basis. It will still be a challenge, but when you prepare as well as we did during the preseason when we get back to it I feel good about where we’ll be starting from again.”

Louisville City had a meticulously designed preseason which included matches and training in Florida, Utah, and Kentucky before they opened the season with a win at North Carolina FC.

“Hopefully we get back together sooner rather than later – and when we do that I think the work that we put in previously is going to pay dividends for us,” Hackworth said. “We are a deep squad at every position. We have depth and we were super fit and, from a tactical standpoint, we were in good form.”

The USL will make every effort to reschedule any games postponed during the suspension in play. For Louisville City, the delay has also delayed the opening of the club’s new soccer-specific home field, Lynn Family Stadium, which was set to open on April 11. For more information on Louisville City and the USL’s response to COVID-19, click here: loucity.com/covid19.