USL suspension in play extended until May 10 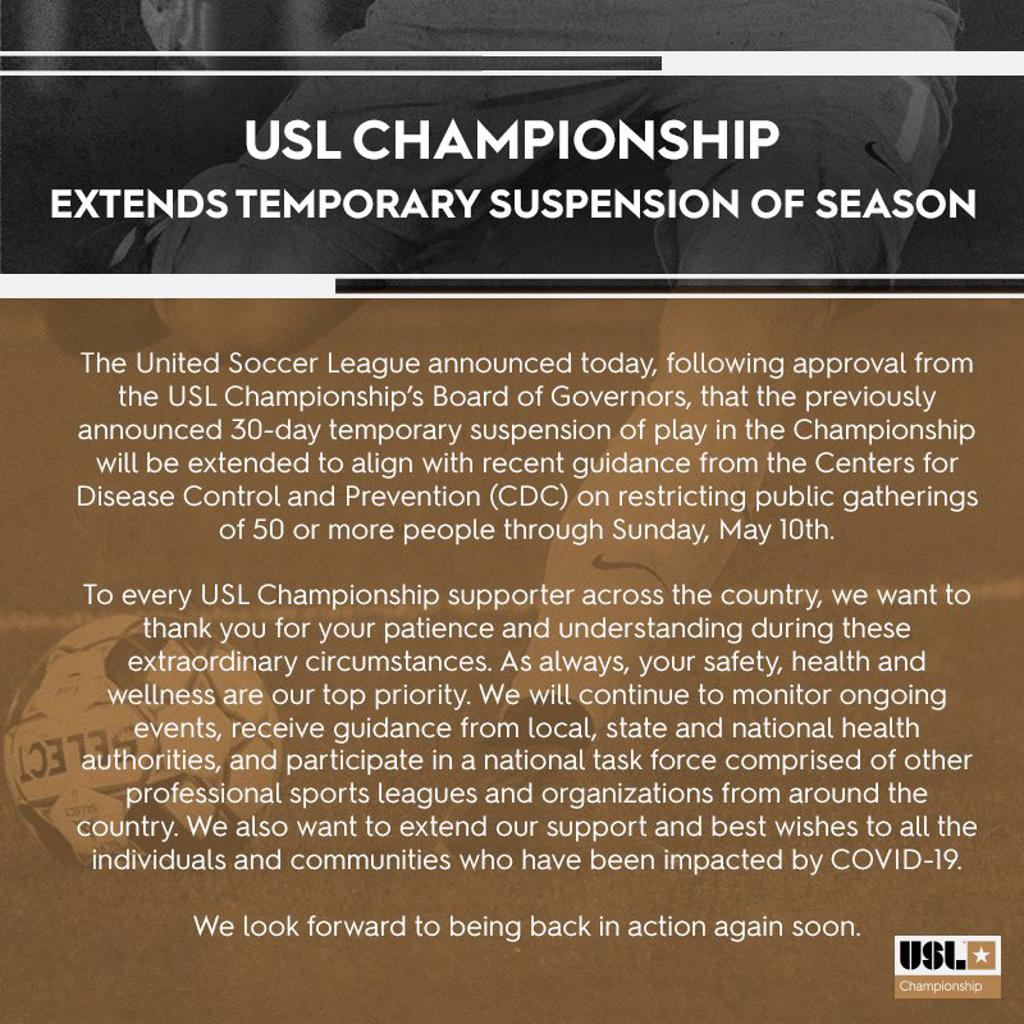 The United Soccer League announced an update on its previously announced 30-day suspension of play. The new announcement extends the suspension of play until May 10 to comply with new guidance from the Centers for Disease Control and Prevention (CDC).

The league's announcement is as follows:

The United Soccer League announced today, following approval from the USL Championship’s Board of Governors, that the previously announced 30-day temporary suspension of play in the Championship will be extended to align with recent guidance from the Centers for Disease Control and Prevention (CDC) on restricting public gatherings of 50 or more people through Sunday, May 10th.

To every USL Championship supporter across the country, we want to thank you for your patience and understanding during these extraordinary circumstances.

As always, your safety, health, and wellness are our top priorities. We will continue to monitor ongoing events, receive guidance from local, state and national health authorities, and participate in a national task force comprised of other professional sports leagues and organizations from around the country. We also want to extend our support and best wishes to all the individuals and communities who have been impacted by COVID-19.

We look forward to being back in action again soon.

Louisville City FC will update its web site, email list, and social channels as soon as more information is made available.