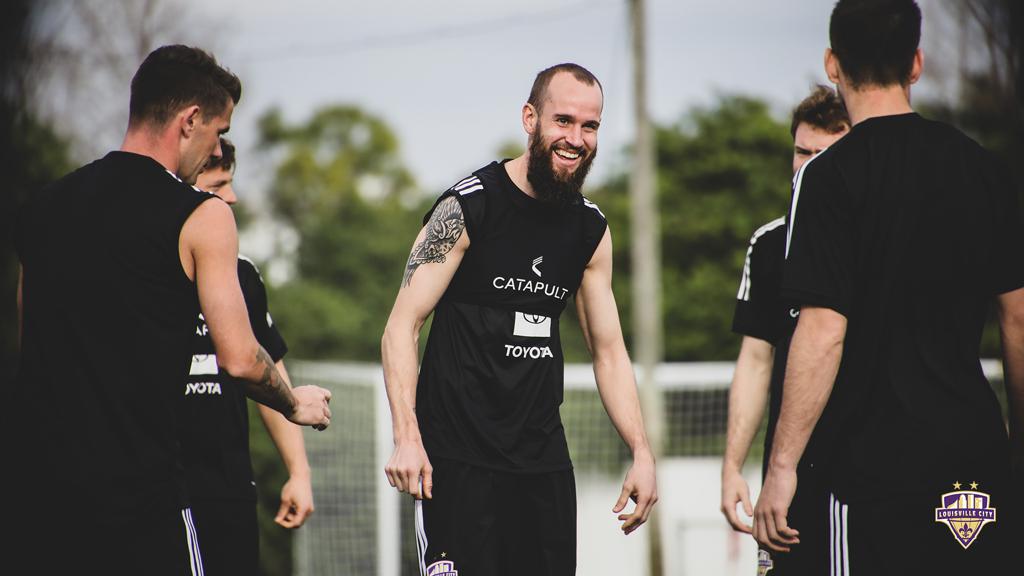 Louisville City wrapped up its 10-day trip to IMG Academy with a preseason scrimmage vs. a second MLS club Sunday. LouCity coach John Hackworth reviewed his team's performance in Florida as they prepare for the 2020 season.

"We played two MLS opponents who both played really contrasting styles," Hackworth said after Sunday's match vs. Nashville SC. "I think that is very good for us. We definitely corrected some aspects of what we did against D.C. United here today and that showed, specifically our re-press. Some of our reactions today were excellent at the end of the first and beginning of the second half. And those are some things we can build on."

Hackworth would have liked to collect wins over the MLS teams they played in Florida, but the focus was preparing for the season. Hackworth and the LouCity players will return to Louisville Monday.

"Outside of the results I feel good about it," Hackworth said. "Guys are taking to our game and how we want to play, that's been excellent. At the same time, it's tough to lose a game on the last day you are down here because you have a bitter taste in your mouth."

Louisville City had a very different lineup to start the match against Nashville than it did vs. D.C. United. Ben Lundt started in goal with Oscar Jimenez, Alexis Souahy, Jimmy Ockford, and Akil Watts along the back. Corben Bone, Speedy Williams, and Napo Matsoso started in midfield and Brian Ownby, Abdou Mbacke Thiam, and George Davis IV started at forward. Only Jimenez, Ockford, and Williams started both matches for LouCity.

"We started nine new players today so nearly every player we brought to camp was able to start a game down here," Hackworth said. "I feel like the group as a whole has the ability to play at a really high level. Camp has been great in that regard because we have had a lot of competition. That makes it tough on the coaching staff, but as we go into these next couple of weeks we'll need to make sure we understand everybody's role. We need to start getting a little more collective about ideas. We are going to Utah to play in a tournament so we want to not only play well but also get the result."

Hackworth termed Sunday's result 1-4 frustrating. Louisville City gave up a goal in the 3’ by Randall Leal and another 12 minutes later from Daniel Rios. LouCity’s Abdou Mbacke Thiam scored LouCity’s first goal of the 2020 season in the 30’ of the first half, and LouCity trailed 2-1 at the half.

"It was an interesting performance," Louisville City coach John Hackworth said. "We gave up the two goals early, but we were playing pretty well. You just can't give any team in any league a two-goal lead. I loved our response, we played some beautiful football."

"We got one back as a direct result of our pressure. We took advantage of a mistake by Nashville. We went into halftime at 2-1 and I felt like we had played excellently at times. The second half started the same way and I really thought we were going to find a second goal, and yet we never really put them in danger in that second half."

Louisville City will be in Louisville for a few days before flying to Utah for the Wasatch Cup, a three-game round-robin tournament vs. the Colorado Springs Switchbacks, Union Omaha, and Real Monarchs.