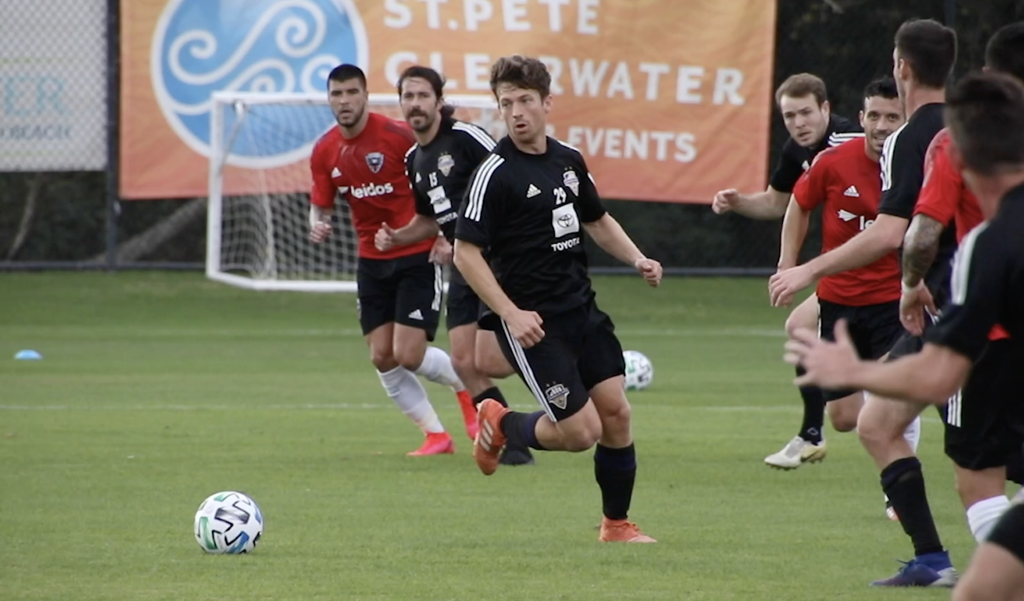 THURSDAY, FEB. 6, CLEARWATER, FL -- Louisville City took the field for its first preseason match of the season Thursday, falling to D.C. United of the MLS 1-0 at the Joe DiMaggio Sports Complex in Clearwater, Fla.

The match was knotted at 0-0 at the half after a save by LouCity goalkeeper Chris Hubbard in the 37'. Louisville City made wholesale substitutions for the second half and eventually gave up a goal in the 70' to D.C. United's Michael Gamble.

"Diesel (Hubbard) made a good save on a PK and that was a good moment," Louisville City coach John Hackworth said. "I really liked the way we tried to play in our build-up in both halves. I thought that was really good. We had Napo at the six in the second half and there were some bright spots there. It was good to test ourselves against a quality opponent, and now we can go back and evaluate and work on some things that we clearly need to get better on in the details."

The training game was the first time Louisville City's new lineup played an opponent this year while D.C. United was playing in its third preseason match.

"I think we were a little unlucky to lose that game to be fair," Hackworth said. "D.C. is a very good team and it was our first preseason game. They presented us with some problems. Overall, I was pleased with the way we tried to play. I felt like we created some good opportunities there, but we probably should have finished a couple of chances. We certainly have some things to work on, but, again, from a perspective of this being our first opponent, the first time you are going against somebody? I'm pretty pleased."

Louisville City started the match with Hubbard in goal along with Oscar Jimenez, Sean Totsch, Jimmy Ockford, and Pat McMahon along the backline. Captain Paolo DelPiccolo, Speedy Williams and Magnus Rasmussen started in the midfield, and Niall McCabe, Luke Spencer, and Antoine Hoppenot started at forwards.

That group held D.C. United scoreless through the first half. Newly signed forward Cameron Lancaster came on near the end of the first half and played throughout the second half, notching a pair of shots on goal. He was joined by an all-new group of LouCity players in the second half.

"It was good for Cam and to see him get some added minutes was good for him on a personal level," Hackworth said. "It's great to have him back."

Lancaster, the 2018 Golden Boot Award winner, was announced as a loan from Nashville SC Thursday morning. He helped Louisville City win a pair of USL Championship Titles before signing a deal with Nashville MLS after the 2018 season.

Louisville City will return to training with two sessions Friday and a pair of sessions Saturday before taking the field vs. Nashville SC Sunday afternoon at IMG Academy.