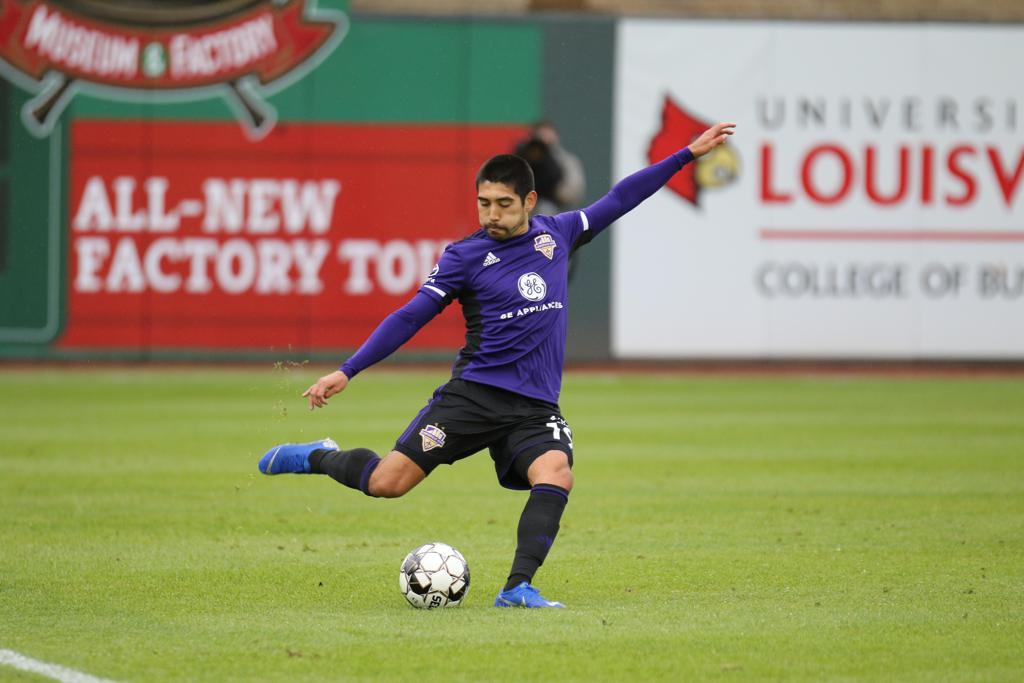 THURSDAY, FEB. 6, 2020 - Louisville City Football Club is nearly a week into its preseason training at IMG Academy. On Thursday, LouCity will compete in its first preseason exhibition match of the year against D.C. United at Joe DiMaggio Park in Clearwater, Fla.

Louisville City brought back 17 players from the 2019 team that won the Eastern Conference Title and competed in LouCity's third-straight USL Championship Final. With so many players returning with significant playing experience, Louisville City coach John Hackworth said most of preseason was working to refresh his team's knowledge of the LouCity system and building on the progress the team made last season.

D.C. United will be a different club than they were in 2019. D.C. United finished fifth in the 12-team MLS Eastern Conference last season and 10th out of the 24 teams in MLS. United competed in the 2019 U.S. Open Cup, being eliminated in the fifth round. They also competed in the 2019 MLS Cup Playoffs but were eliminated in the first round. The 2019 season was captain Wayne Rooney’s last season with United. Rooney finished the campaign with 13 total goals for United.

"You take out Luco and you take out Wayne, it’s a very very different team," D.C. United coach Ben Olsen said. "We're going to be able to do some things differently with some new personnel coming in. That’s an exciting process, to get new guys in here and to tweak some things in both sides, in possession and out of possession because of the makeup."

“A lot of our attackers, they're interchangeable," Olsen said. "... It is really going to be part of the preseason figuring out who goes where and collectively where we are most effective."

Kickoff is set for 4 p.m. at Joe DiMaggio Sports Complex in Clearwater, Fla. The game will not be televised or broadcast, but updates will be available at LouCity.com after the match.