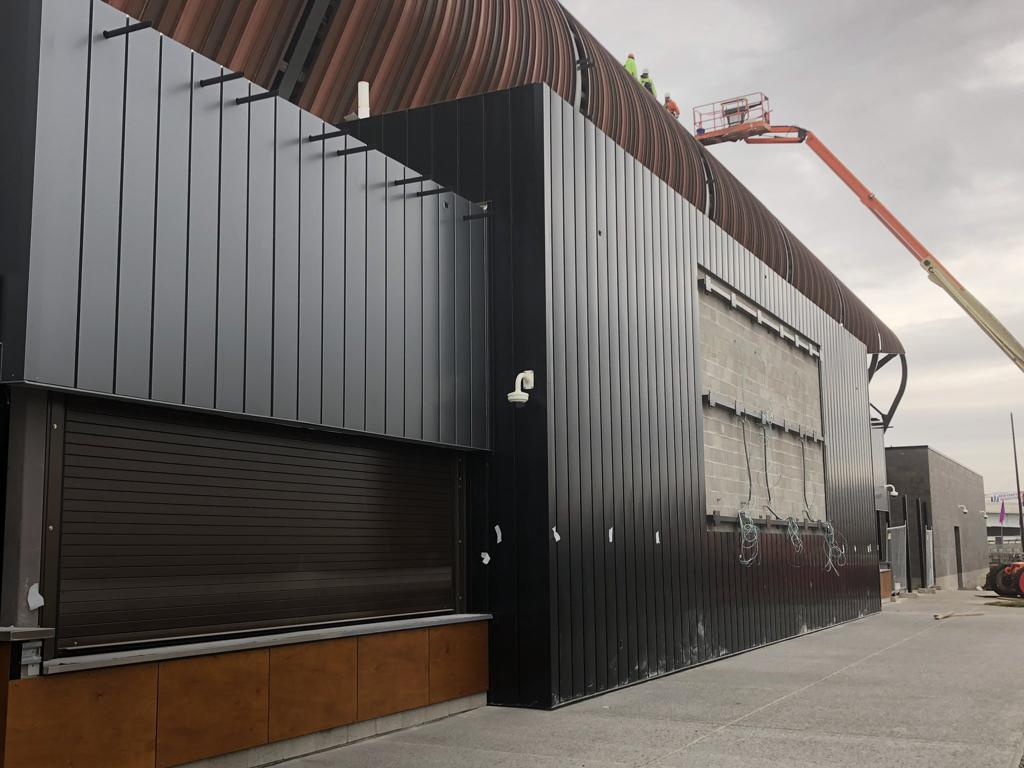 Louisville City Football Club welcomes the new year with anticipation as work continues on Lynn Family Stadium, the club's new soccer-specific stadium under construction in the Butchertown neighborhood of Louisville.

"Happy New Year to the LouCity family!" Louisville City FC President Brad Estes tweeted on New Years Day. "Literally everything we’ve done from the beginning has prepared us for 2020. Strap on your seatbelt, it’s going to be a fun ride."

The $65 million Lynn Family Stadium will have seating for more than 11,000 and a capacity of nearly 14,000. The stadium will open for the 2020 season for the USL Championship and will host Louisville's new NWSL team starting in 2021.

Season tickets for the 2020 season went on sale to the public on Sept. 9, 2019, and Louisville City Season Ticket Members have already set a new record for total season tickets sold. With the season still months away, 11 sections have sold out completely.

Named after Dr. Mark and Cindy Lynn and their family, the stadium will include 18 luxury suites, more than 400 club seats, a safe-standing Supporter Zone section, eight bars, and a 40x72-foot video board.

The team from Messer-Harmon Joint Venture includes more than 200 workers who work from dawn until dusk on most days except Sundays.  Workers are currently hanging drywall, painting, installing flooring and windows, and finishing the roof.  The concrete in the concourse areas is complete and the parking lots and sidewalks are nearly completely finished.

Seat installation began in December and many sections are completely filled with new seats in varying shades of grey. The Bermuda grass field was installed last Fall and is protected throughout the winter by the state of the art SubAir system which also helps the field drain properly in inclement weather.

Louisville City, the most successful club in the modern USL Era, is coming off its third-straight Eastern Conference Title. The club has two USL Championship Titles and three USL Championship Finals appearances since 2017.

Coach John Hackworth has already secured 16 returning players from the club's 2019 team including 13 of the 14 players who recorded playing time in the 2019 USL Championship Final. The club has also signed two MLS veterans, Corben Bone and Jimmy Ockford.