Hackworth: We always had belief 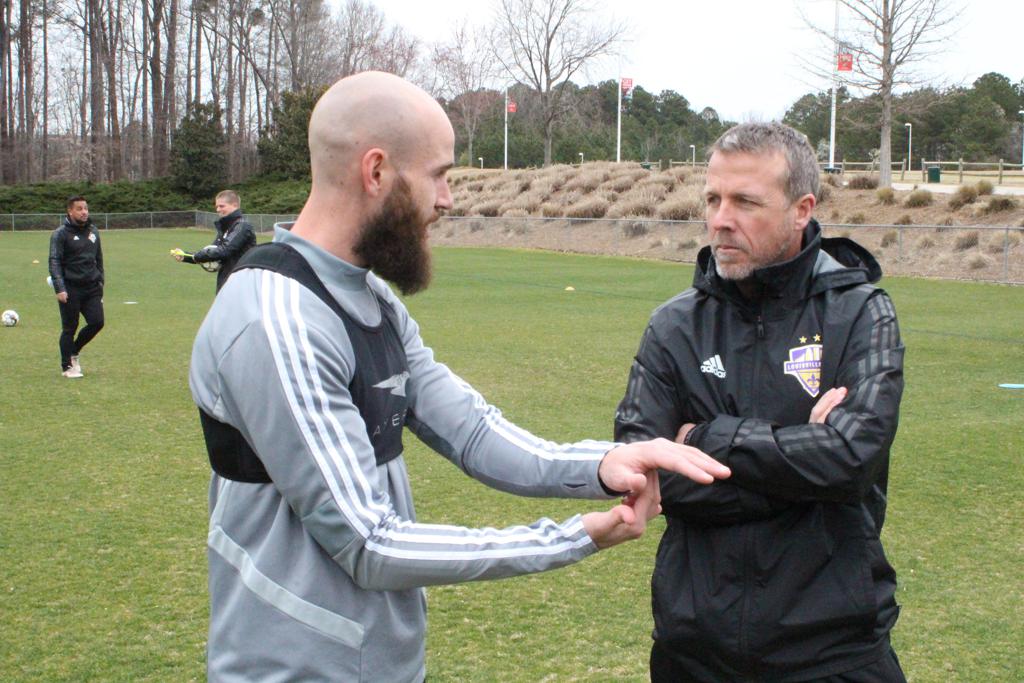 Louisville City FC is back in the Eastern Conference Final for the fifth straight season. It's a spot that many pundits didn't see coming, but that LouCity players and coaches felt was always in their plans.

"Especially in the locker room, there was always that belief even through some difficult periods," LouCity coach John Hackworth said. "If you reflect back on the middle of summer when there may be some doubters out there, I don't think there were any doubters in our locker room. So now we have a chance to play for a trophy again."

Despite winning the USL Championship Titles in 2017 and 2018, Louisville City entered the season picked to finish as a playoff also-ran by several national pundits. Critics pointed to losing the scoring of Cam Lancaster or Ilija Ilic or losing Kyle Smith off the back line or losing Greg Ranjitsingh in goal.

And when LouCity dropped points early in the season it was easy for critics to say, 'See, we told you they weren't going to win it again.' But Louisville City's technical staff and locker room kept the faith.

Through injuries and lineup changes, Louisville City kept plugging away. Hackworth's crew began a run in August that has carried the club into the postseason as the hottest team in the USL Championship.

LouCity has only lost one match since the beginning of August, going 11-1-3 during this crucial stretch of the season. On Saturday, the Boys in Purple took down the Eastern Conference's top team, Pittsburgh Riverhounds, in Pittsburgh's Highmark Stadium.

Dropping Pittsburgh in Pittsburgh, a feat no other USL club has done this season, sets up a rematch with Indy Eleven this Saturday. LouCity and Indy have battled twice this season, both draws.

"We're playing a really good Indy team up in Indianapolis," Hackworth said. "They play a style of pressing that is similar to ours and they have been on a good run during these playoffs. We know it is going to be a challenge."

Kickoff is set for 3 p.m. at Mike Carroll Stadium on the campus of IUPUI. The game will be televised locally on WBKI and nationally on ESPN+.