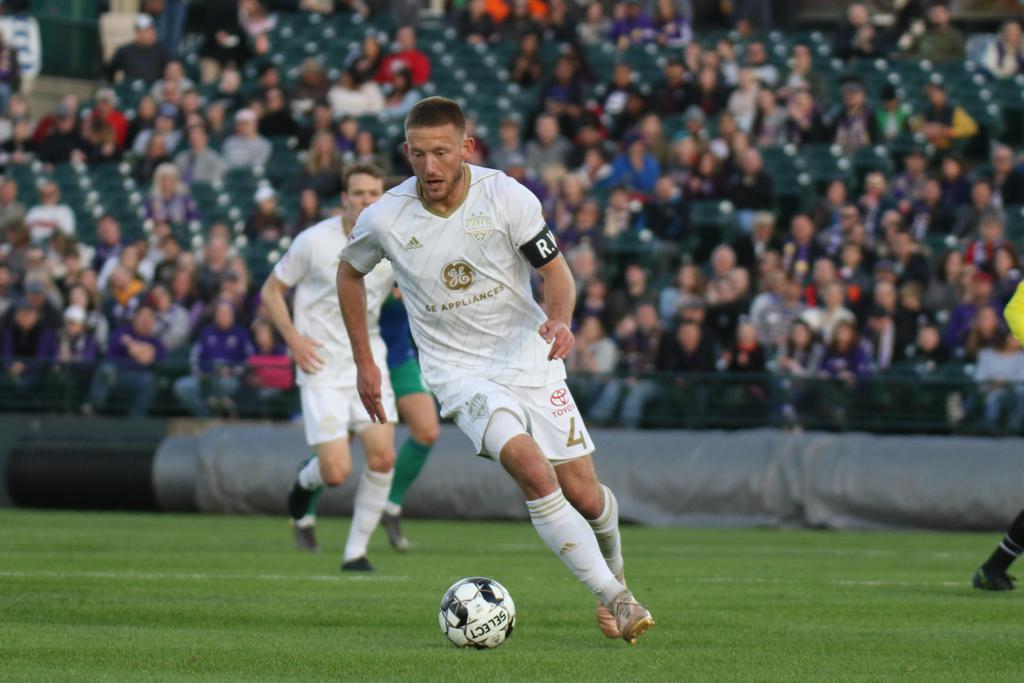 Louisville City FC clinched a spot in the USL Championship Playoffs with a point vs. the Tampa Bay Rowdies last Saturday. With four games left in the regular season, the back-to-back champion is looking to improve its playoff positioning.

"For us, we never had a doubt about getting there," Louisville City coach John Hackworth said of clinching a playoff spot. "It is really important that we continue to try to be the best team at the end of the year because that is when we have to be. We have shown a lot of improvement over the last two months and maybe Saturday was a wake-up call for us in that regard because we can't rest. We have to continue to have that mentality and that attitude and these guys are the best at that so I have total faith that we will do that."

The USL Championship Playoffs consist of 10 teams from both the Eastern and Western Conference. Louisville City is currently in 6th in the East and has secured a spot in the playoffs with 51 points.

"Saint Louis is an excellent team," Hackworth said. "They are well-coached, they are really well organized so they are not going to give you a lot of chances. We are going to have to make sure we execute on the attacking side and be really careful of their dangerous counters and restarts. They do excellent work there."

Wins in both of those matches would put LouCity at 57 points which could move them from 6th place up to as high as 4th place. That would be crucial as the top 4 seeds are guaranteed to host a playoff game in Round 2 of the USL Championship Playoffs.

After Louisville City's two-game road swing, the club returns home for its final regular-season match at Louisville Slugger Field ever on Saturday, Oct. 12 vs. the 17th place Swope Park Rangers. Then, LouCity will head on the road to face 12th place Memphis 901 FC in the final match of the regular season.

With four wins to close out the season (at three points per win), Louisville City could finish the regular season with 63 points. The Pittsburgh Riverhounds currently lead the Eastern Conference with 61 points with three games left.

Given how tight the Eastern Conference points race is, Louisville City's final four matches of the regular-season are crucial for USL Championship Playoff Positioning. 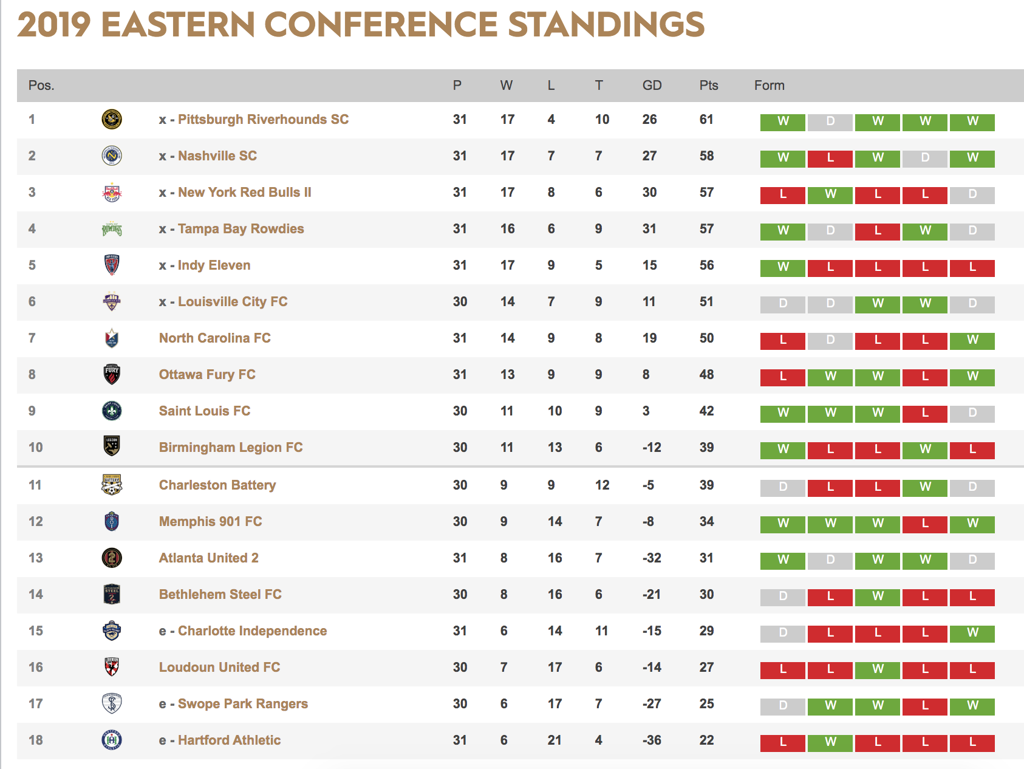