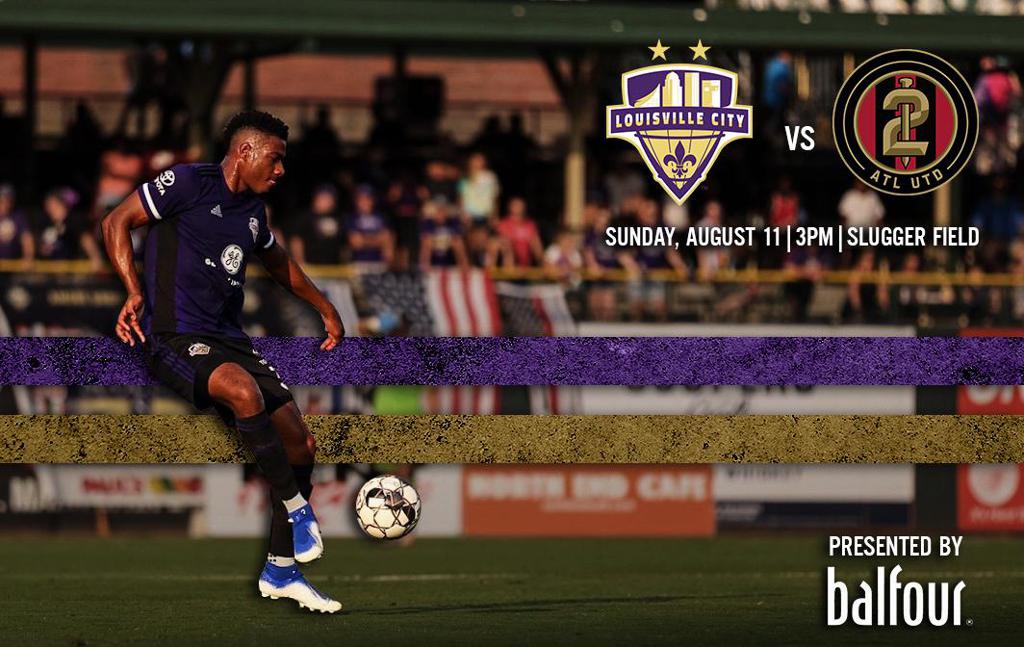 “Most importantly, they have the hottest striker in the league right now, a young kid who scored six goals in the last three games,” Hackworth said. “He had a hat trick in the last game to beat Loudoun (United FC) and they do have some quality right now.

“Andrew Carleton, a kid who has been with their first team a lot, in my opinion, is one of the best playmakers in this league, he’s been featuring for them; so we have a lot cut out for us.”

Atlanta’s talented star Bienvenue Kanakimana scored a hat trick vs. Loudoun United and is the hottest striker in the league right now.

“We have to defend him collectively, but certainly, we’re going to have to be very aware of where he is,” Hackworth said. “He shows up on either side of the field at times for them, and we’ll have to do a good job to contain and play at him to the best of our ability.”

Louisville City got back in the win column over the weekend, using a defensive approach that flustered Charlotte Independence.

“You just got to build on it,” Hackworth said. “I feel like we made a lot of positive steps on Saturday, still a lot to work on, we just have to recognize that we have a different opponent on Sunday that’s going to present different problems and we’re going to have to solve them in different ways.”

Hackworth loves what he has seen from his team throughout the season. His team has been remarkably consistent.

“I see the same thing every day,” Hackworth said. “We come in with a good work ethic and good ideas, and try to get better.

“That hasn’t changed this whole year, and when you have that kind of consistency and training, it allows you to feel confident that results will come as they did on Saturday.”

Louisville City and Atlanta United 2 kick off Sunday at 3 p.m. The game will be broadcast on WDRB locally and ESPN+ streaming. The radio broadcast is on 840 WHAS with Kevin Kernen and John Horlander.