Man of the Match: Paco Craig 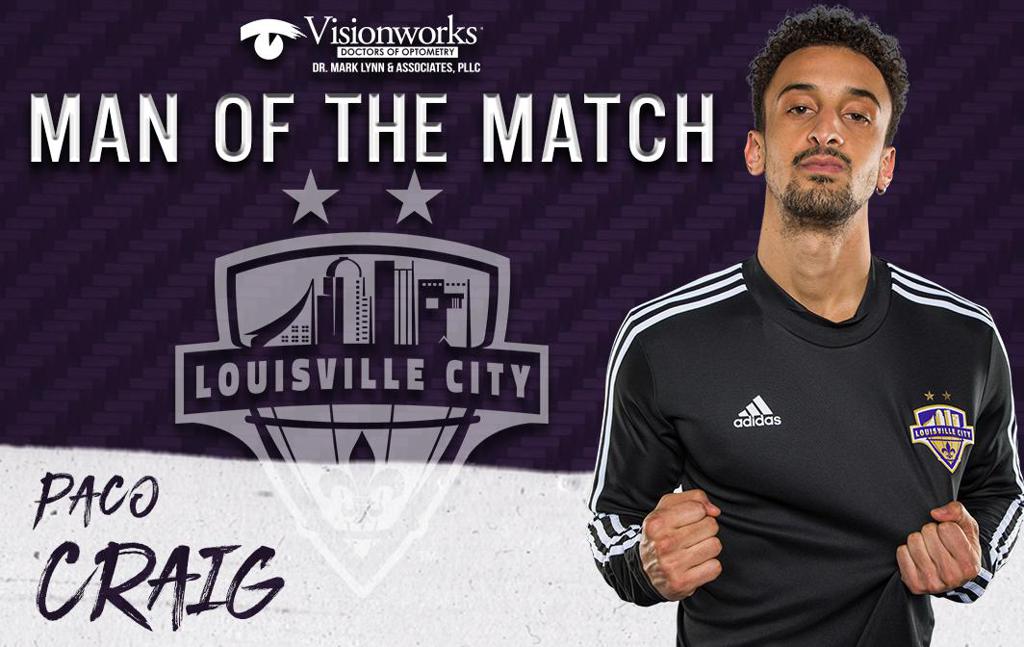 Craig’s goal came in the 65’ as Jimenez sent a free kick into the box and Craig headed the ball into the back of the net.

“I saw OJ’s [Oscar Jimenez] position and told him exactly what area I wanted it and he placed it right there,” said Craig on Jimenez’s service. “At that point, it was just whoever was more desperate for the ball and I happened to get enough of it to put it in goal.”

Craig’s goal was his first on the season, and it couldn’t have come at a better time as LouCity went on to win their first league match since June 8.

The team found a way to get a result, even when dealing with extreme heat.

“Man, when it’s that hot, you just take a look around – left and right – and see your teammates going through the same thing,” said Craig crediting his team. “We had the [hydration] break, but you’ve got to push each other sometimes and we did that tonight and we finished with three points.”

The return of former LouCity forward Cameron Lancaster, who made his first trip back to Louisville Slugger Field for the first time following a record-breaking 2018 campaign, made Craig’s goal and the team’s victory even more rewarding.

“It’s more than just a rivalry, especially between us,” Craig said on his former teammate. “It was great having him here and going up against him.”

Up next Louisville City FC will travel north of the border to face Ottawa Fury FC for the second time this season. Kickoff is set for 2 p.m. on Sunday, July 14, at TD Place Stadium.