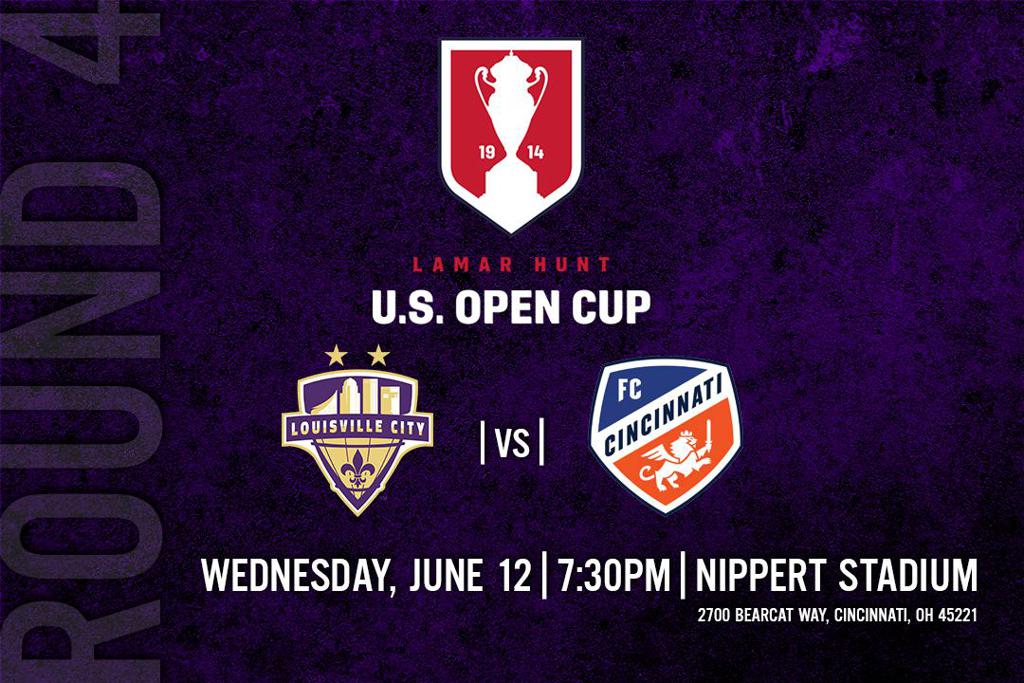 But thanks to Louisville City's pair of wins in the U.S. Open Cup - a 3-0 win over Reading United in Round 2 and a 1-0 win over Birmingham Legion in Round 3 - and the luck of the Open Cup draw, the pair of rivals will be reunited Wednesday night.

"It didn't take me long to figure out that Louisville City fans really don't like FC Cincinnati," Louisville City coach John Hackworth said with a laugh. "I only got to coach against them once last season, but everybody - our fans, our players and our Front Office - made sure I knew how important that rivalry was to us."

Louisville City and FC Cincinnati have an interesting history that includes road success for both squads, fan squabbles during and after matches and even a controversial aggressive act on the pitch by a former FC Cincinnati player.

While the rosters for this matchup are fairly different, mostly on the FC Cincinnati side, Hackworth said his team places high importance on this matchup. His players agreed.

"This is the matchup we were hoping for," Louisville City defender Paco Craig said. "As a player, you love to play in intense games against good teams and we were hoping for this draw. We look forward to facing Cincinnati again."

Hackworth said Louisville City will work to focus on its own game plan, not alter its plan to try to counter FC Cincinnati.

"We are going to try to focus on doing what we do well," Hackworth said. "I have a lot of respect for the lineup Cincinnati can bring, but we also have confidence in what we do. We know we have quality players who have won against MLS sides before, both last season and in our preseason."

Kickoff is set for 7:36 p.m. at Nippert Stadium. The game will be streamed on ESPN+ only - no local TV or radio.