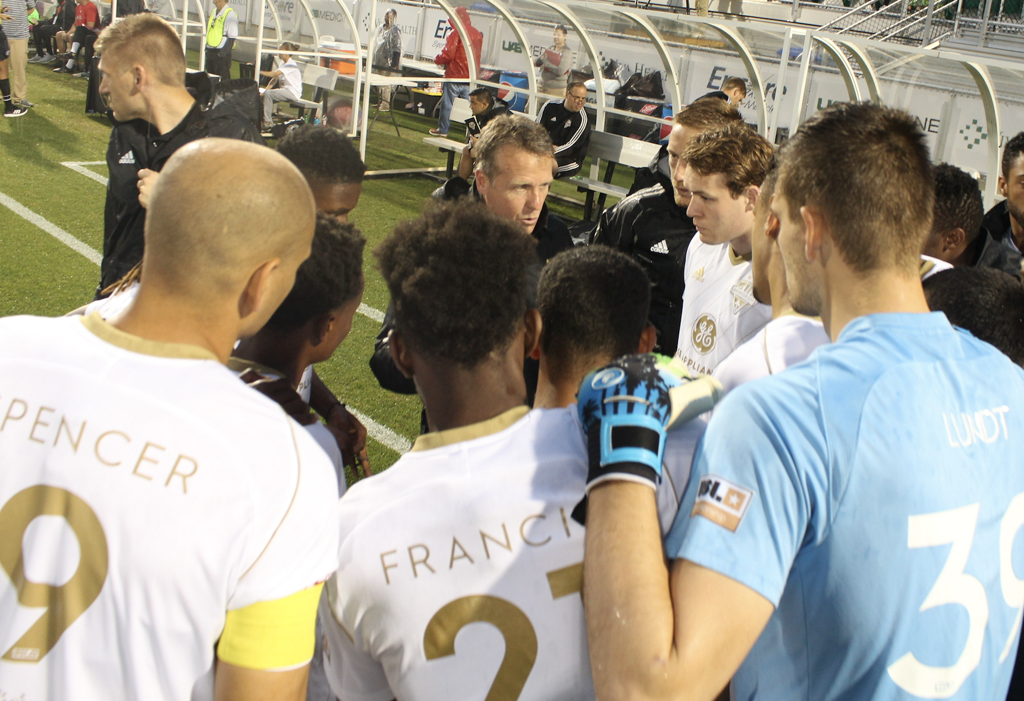 Louisville City turned its most-complete performance of the season with a 3-0 domination of Birmingham Legion FC Saturday night at BBVA Compass Field in Birmingham.

"I think it is our most complete performance, yes," coach John Hackworth said. "So far this year? Yes. This is a good Birmingham team and they beat us at home. We needed to come back here and steal the points here. To get three goals and a shutout tonight was really important."

An early goal by Magnus Rasmussen, a laser from just inside the 18, put Louisville City ahead 1-0. Then the Boys in Purple added to their lead when Shaun Francis played an incredible cross deep into the box to Lucky Mkosana who headed the ball and then swept it into the goal with his foot in the 24'.

Louisville City controlled the action throughout, but added another insurance goal in the 53' off a tremendous defensive effort by Francis to win the ball back and play it into the box for Luke Spencer to finish.

Louisville City held off a few more Birmingham Legion shots to preserve the clean sheet as Ben Lundt recorded a pair of saves.

Louisville City returns to Louisville to host the 2nd Round of the Lamar Hunt U.S. Open Cup Wednesday night at Lynn Stadium on the University of Louisville campus. Louisville City will play Reading United, a USL League Two team with kickoff slated for ESPN+.