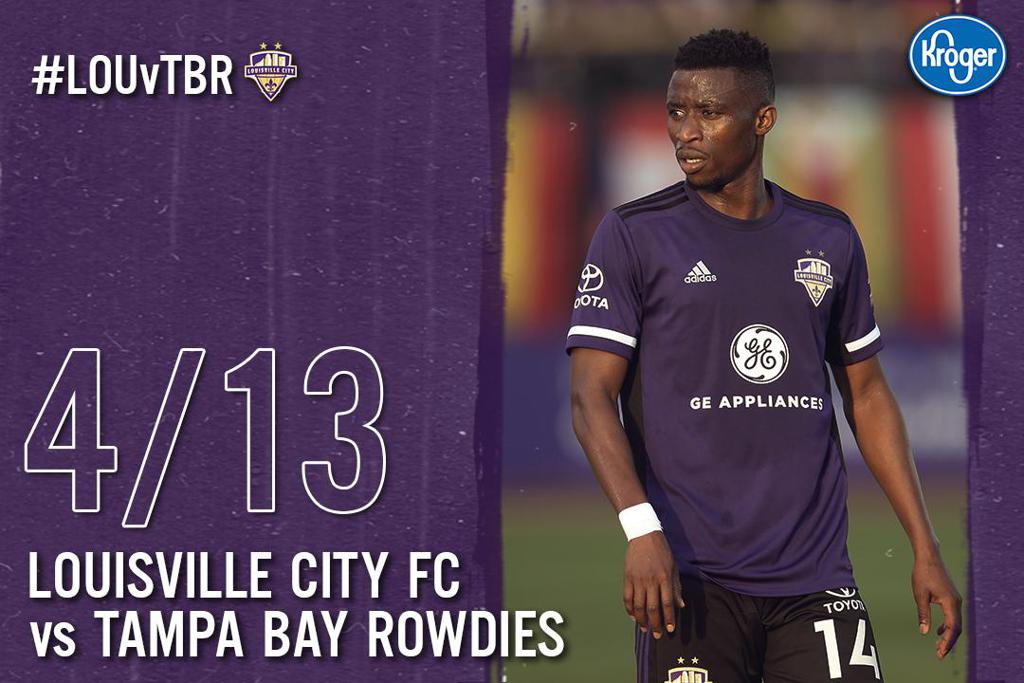 Louisville City visits Tampa Bay Saturday night in a return home for coach John Hackworth. Kickoff is set for 7:30 p.m. and the game will be televised by ESPN+.

Hackworth, who was born and raised in Dunedin, Fla., grew up a Tampa Bay Rowdies fan. The team was formed when he was five years old.

Hackworth's welcome home may not be too friendly, however. Tampa Bay is off to its best start in years and currently sits in second-place in the Eastern Conference.

Meanwhile Louisville City has been plagued with injuries to start the 2019 season. The winners of the USL Cup in both 2017 ands 2018, Louisville City brought back 18 players from the USL Cup team, but several of the players who led those teams didn't make the trip to St. Petersburg, Fla.

Team captain Paolo DelPiccolo is out with a nagging injury, veteran leaders Luke Spencer and George Davis IV both went out of the last match with hamstring injuries and Brian Ownby, a crucial offensive threat in the playoffs last season, is out 4-6 weeks with a knee injury.

Louisville City's lineup Saturday night could look very different than it did to start the season.

"We have to have a mentality of opportunity," Hackworth said. "When players are out with injuries, other players have the opportunity to step in and show what they can do. We started the season with a deep roster and that depth is being tested."

Kickoff is set for 7:30 p.m. The game will be televised in Louisville on WBKI-CW and ESPN+ nationally. You can catch the radio broadcast on the iHeart Radio app or on 790 KRD.