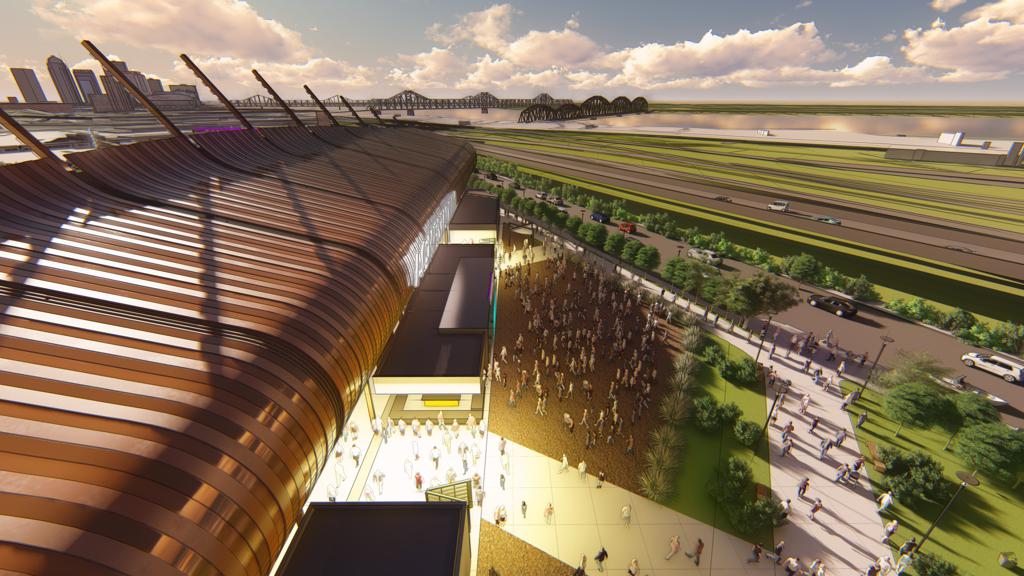 LOUISVILLE, KY - (April 9, 2019) – It was announced today that Louisville City Football Club has selected AEG Facilities, the world’s leading sports, venue and live entertainment company, as venue manager for its new stadium set to open in spring 2020 in the Butchertown neighborhood of Louisville.

“AEG Facilities is the best in the world at what they do,” Louisville City FC President Brad Estes said. “We want the absolute best for our fans and for our city, and partnering with a global leader like AEG will be a tremendous advantage for Louisville City FC in our new stadium.”

“AEG Facilities is thrilled to be partnering with Louisville FC on their exciting new stadium project.  We are very ingrained in the city of Louisville already and it is a passionate community with dedicated leadership,” said Bob Newman, President, AEG Facilities. “Looking ahead, we want to be a great partner for Louisville FC and strengthen our dedication to the greater Louisville area.”

AEG annually produces more than 22,000 live events in 150-plus venues either owned, operated or affiliated by AEG.  Over 20 of the World’s Top 100 Arenas are affiliated with AEG Facilities. Locally, AEG manages the KFC Yum! Center in Louisville and US Bank Arena in Cincinnati, and around the globe, AEG manages Mercedes-Benz Arena in Berlin, and The O2 in London.

“We believe our new stadium will be among the best soccer-specific stadiums in the country,” Estes said. “Having AEG Facilities manage the stadium will help us maximize our stadium’s potential as a venue for local, regional and national events.”

Louisville City’s stadium will have permanent seating for 11,700 fans with a capacity at nearly 14,000. The stadium will include a mixture of luxury boxes, loge seating, safe-standing areas and traditional seating. The stadium is currently under construction with an expected completion date of Spring 2020.

Since its launch in 2014, Louisville City FC has been committed to serving the community of Louisville and state of Kentucky as the lone professional soccer team. Finishing in the top five in average attendance in the USL at Slugger Field since 2015, LouCity’s remarkable 2017 campaign included winning the USL Cup in the club’s first appearance in the final. Despite a midseason coaching change, Louisville City won its second USL Cup, becoming the first back-to-back USL Cup winner in the USL modern era. Get the latest news on Louisville City FC at LouisvilleCityFC.com and via the club’s  channels on social media, including Facebook, Twitter, & Instagram.­­­